Cologne Bonn welcomed Wizz Air’s newest route from Tuzla on 27 March. 10 days before, the German airport had welcomed the airline’s new service from Craiova in Romania. Posing with the cake in Cologne Bonn are the airport’s Jan Moeller, Head of Business Development, and Moritz Becker, Intern Marketing/Sales, along with the inaugural crew. Wizz Air opened base #26 at the start of S17 in the capital of Moldova – Chisinau. To coincide with the base opening, the airline began a new connection to Berlin Schönefeld. Cutting the ribbon to officially open the base were Tamara Vallois, Head of Corporate Communications, Wizz Air and Petru Jardan, GM Chisinau Airport. 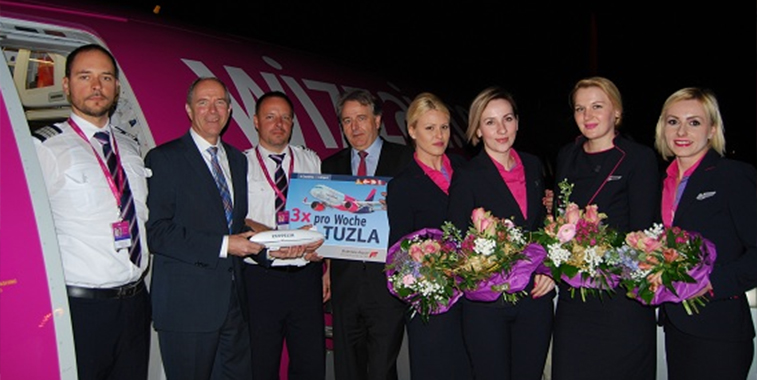 On 27 March Billund Airport welcomed the arrival of Wizz Air’s latest connection – Warsaw Chopin. Seen speaking at the opening ceremony of the new route is Billund Airport Director Kjeld Zacho Jørgensen, while the ribbon cutting was carried out by Danish Ambassador to Poland, Ole Mikkelsen Egeberg, and Poland’s Ambassador to Denmark, Henryka Moscicka-Dendys. 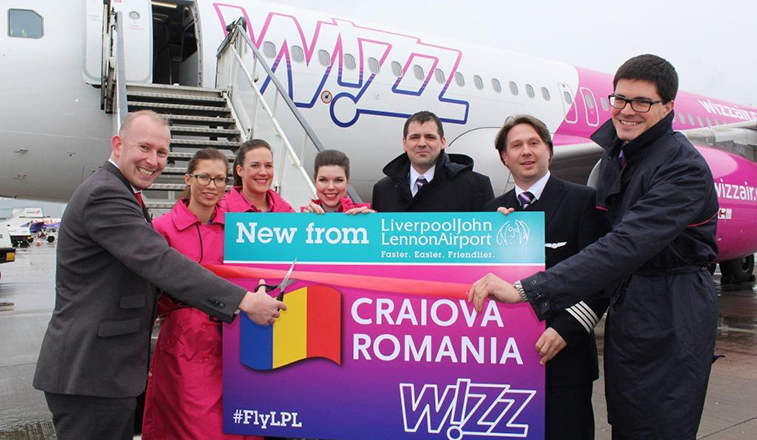 On 27 March Wizz Air launched its seventh route to Liverpool in the form of a 2,177-kilometre link from Craiova in Romania. Seen cutting the ribbon alongside the inaugural crew is Paul Winfield, Director of Air Service Development, Liverpool Airport. 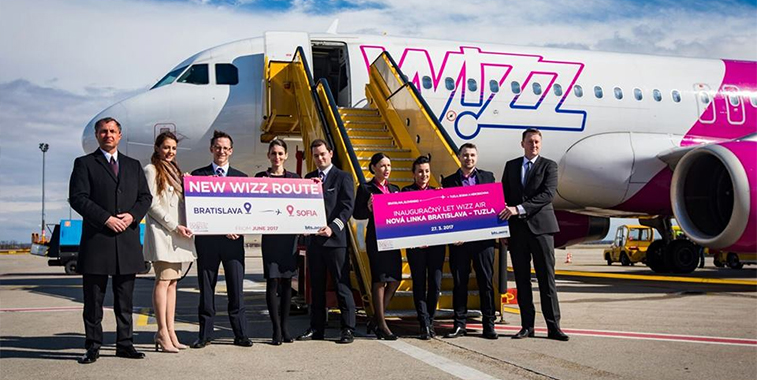 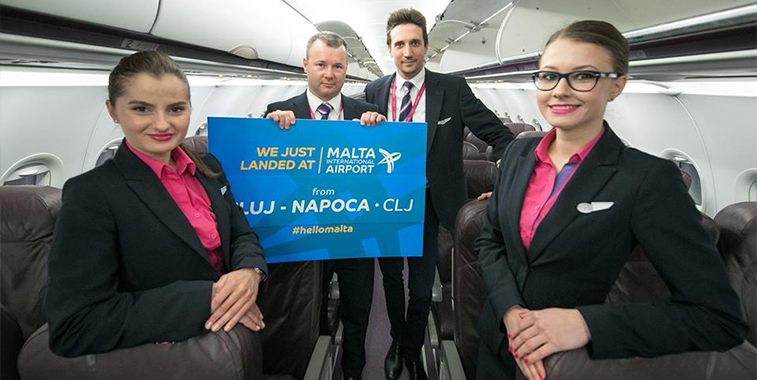 Malta Airport welcomed Wizz Air’s first flight from Cluj-Napoca on 26 March. The 1,436-kilometre route will be flown twice-weekly (Wednesdays and Sundays) on the ULCC’s 180-seat A320s.