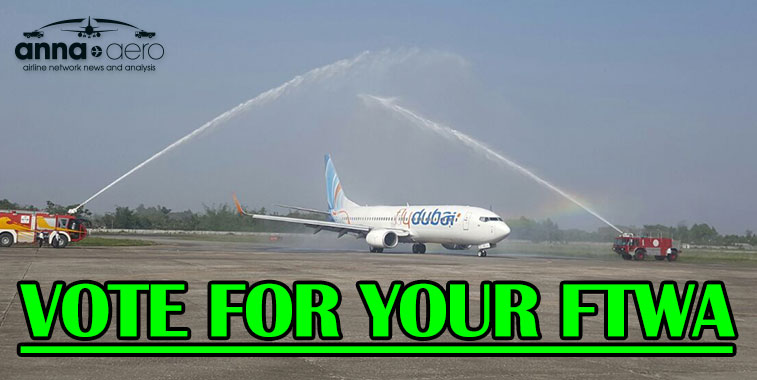 Last week this FTWA in Sylhet scored 30.9 out of 40 when marked by anna.aero’s four judges. For the next two weeks the Arch of Triumph winners will be all down to you – and your airport’s staff, supporters and followers – as we throw open the competition to the first of two Public Vote weeks.

Its one of the busiest week’s of the year when it comes to route launches – we reckon over 160 in these first seven days – as Sunday 26 March marks the start of S17. The beginning of the summer season sees a lot of the world’s airports getting the marketing cheque books out ‒ and that also means lots of new route cakes ‒ see our Cake of the Week vote here. But it also means a lot of Fire Truck Water Arches (FTWAs). So we are giving you, the reader, the chance for the seventh time (the first time we did this for FTWAs was back in S14) to select the best of 25 FTWAs we have been sent this week from airports around the world. The victorious airport will have the accolade of winning a peer-endorsed, reader vote for the prestigious Arch of Triumph award rather than what we do in a ‘normal week’, when anna.aero’s four elite water arch judges decide.

As with the Cake of the Week competition, the rules are very strict: you have to get as many votes as you can to win! How you get these votes is of little concern to us, as long as it is legal (or you don’t get caught). So if you want your new route FTWA to win, get everyone in your airport/airline to vote, get it shared on Facebook, Linkedin, and get re-tweeting! N.B. The results will be published in next week’s newsletter. N.B. The airport names which are underlined are the creators of the FTWAs in question. Keep voting!! 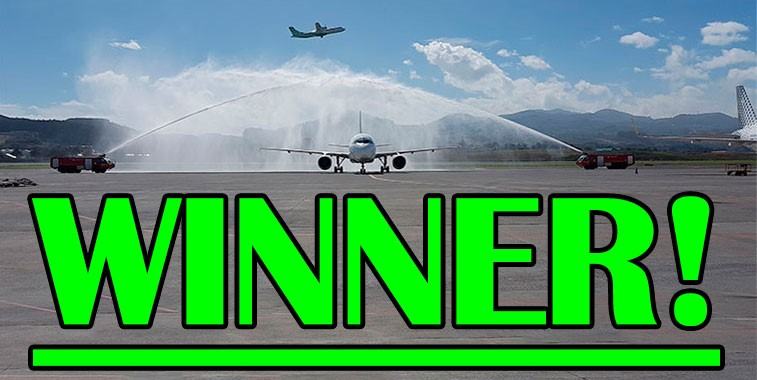 Aena’s Tenerife North Airport, which was incidentally the 2013 and first-ever Arch of Triumph champion, scooped Part I of the bi-annual competition (the other time we do this is at the start of the Northern Hemisphere winter season) in the W16/17 Public Vote with this beauty. Will this week’s offerings match this high standard?

Vote for the best FTWA (see pictures below) 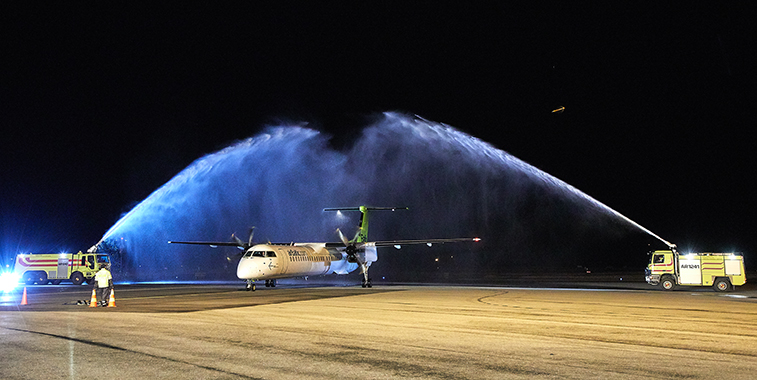 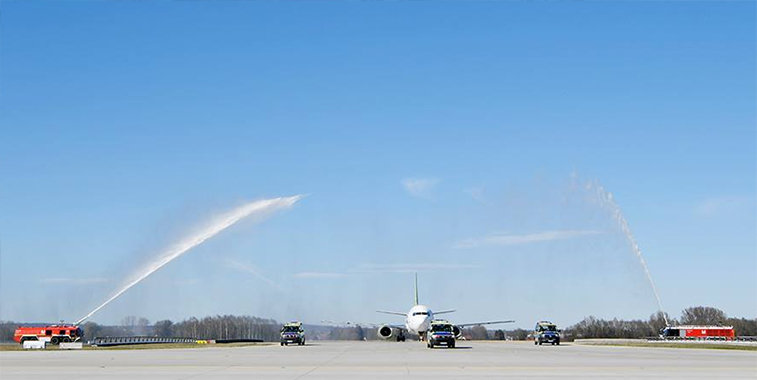 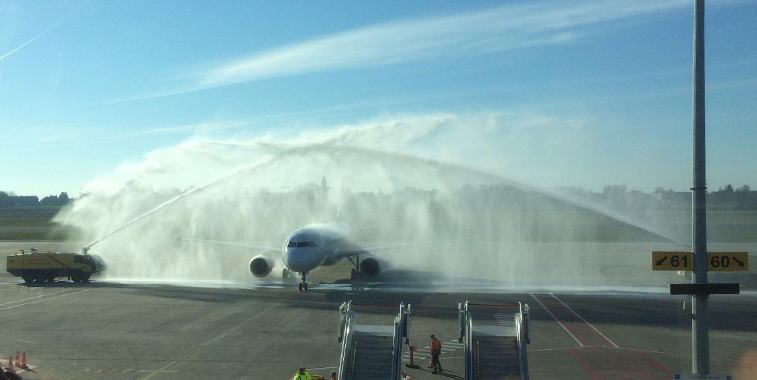 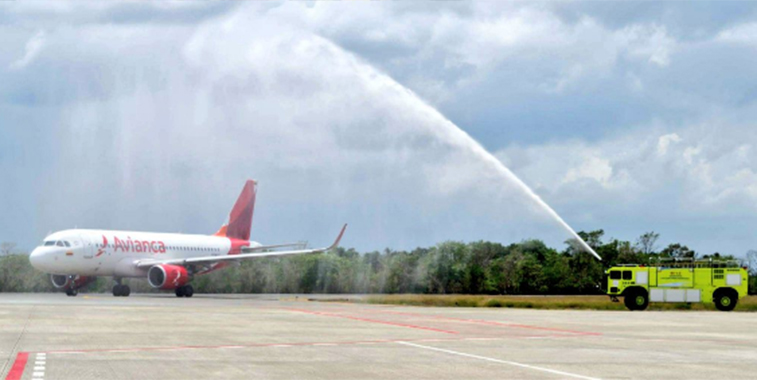 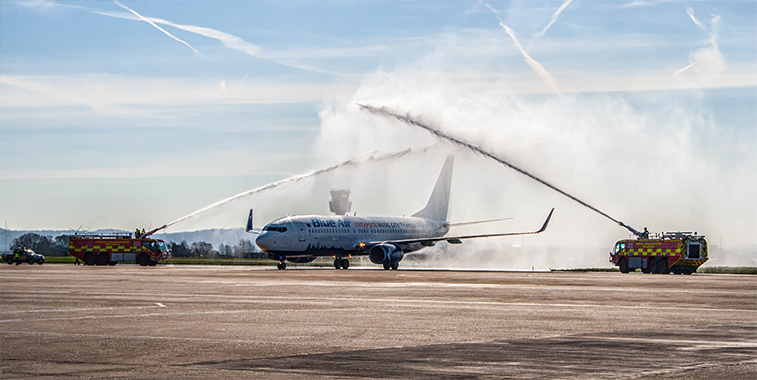 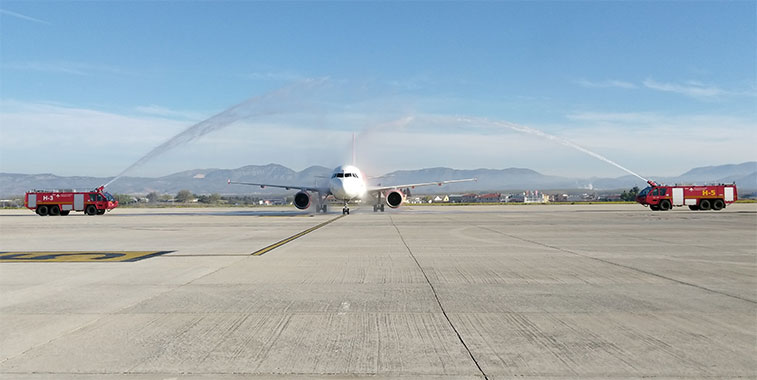 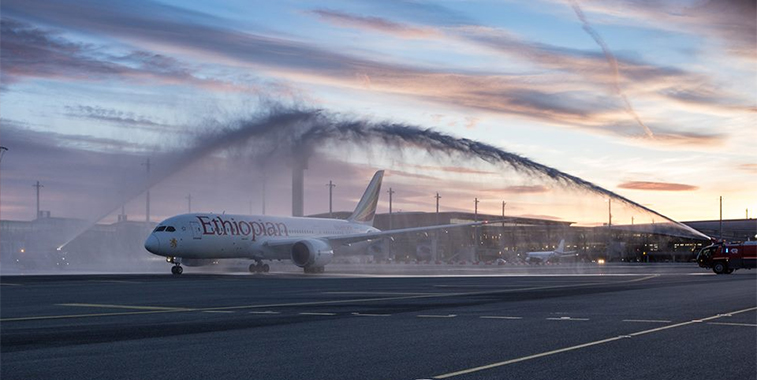 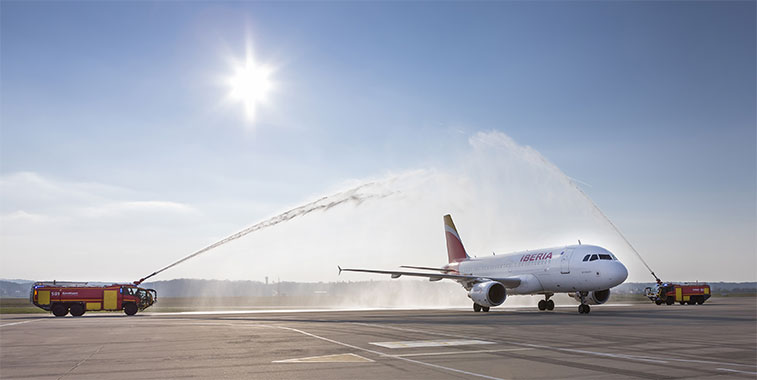 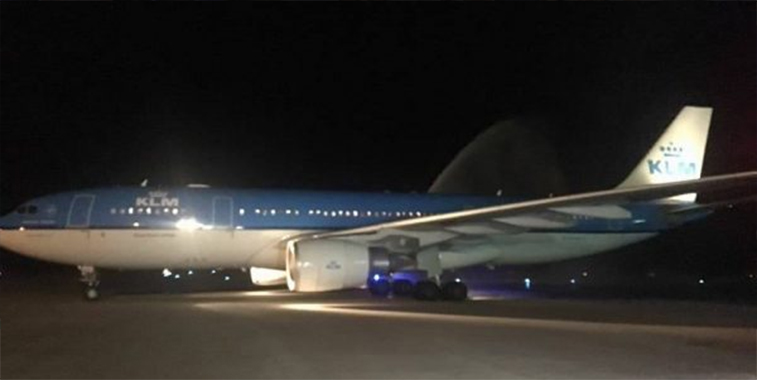 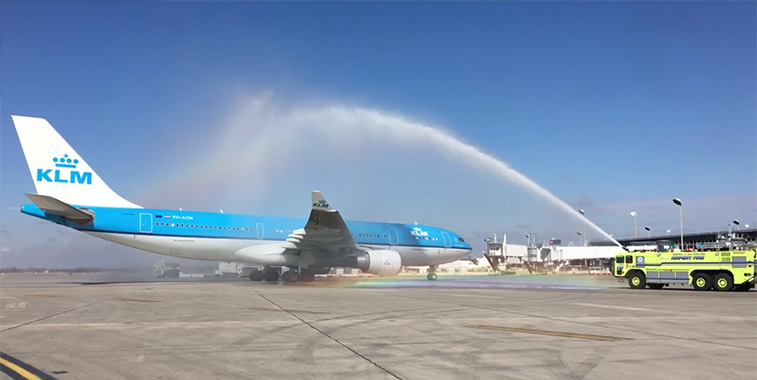 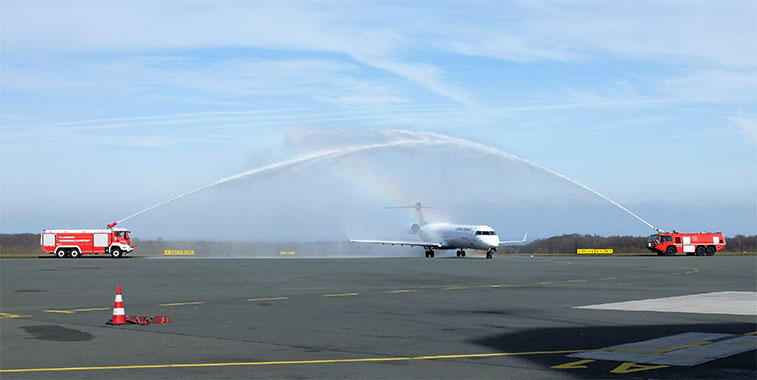 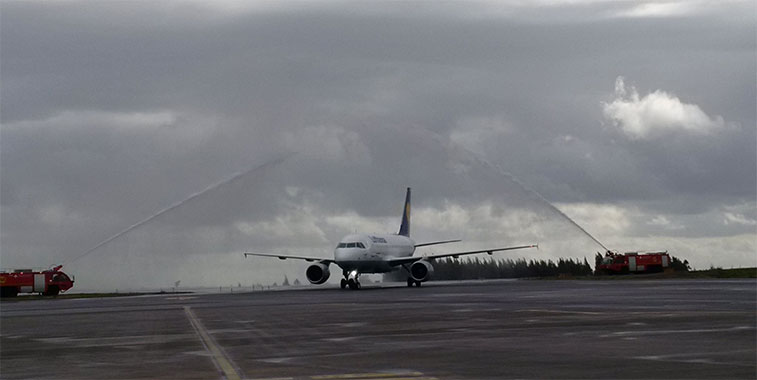 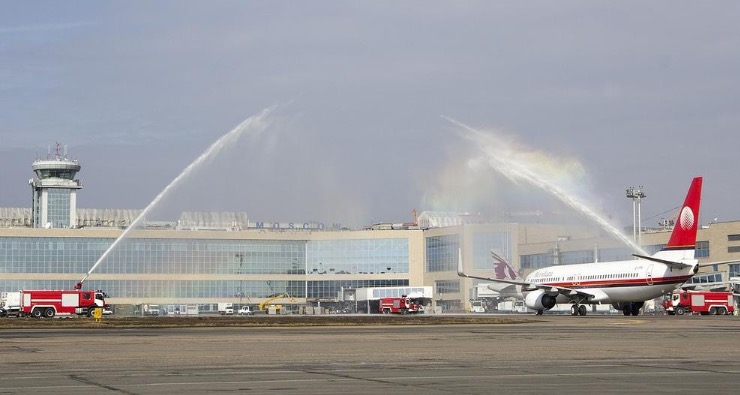 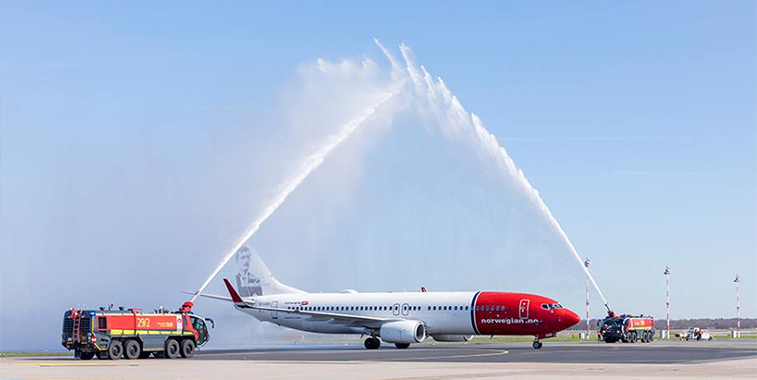 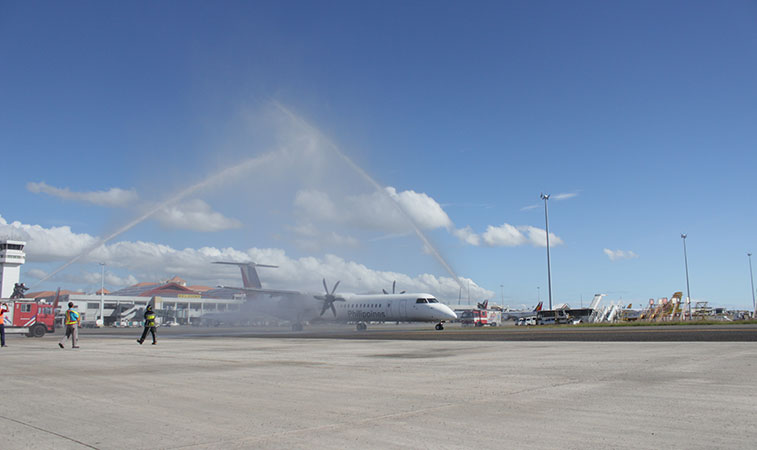 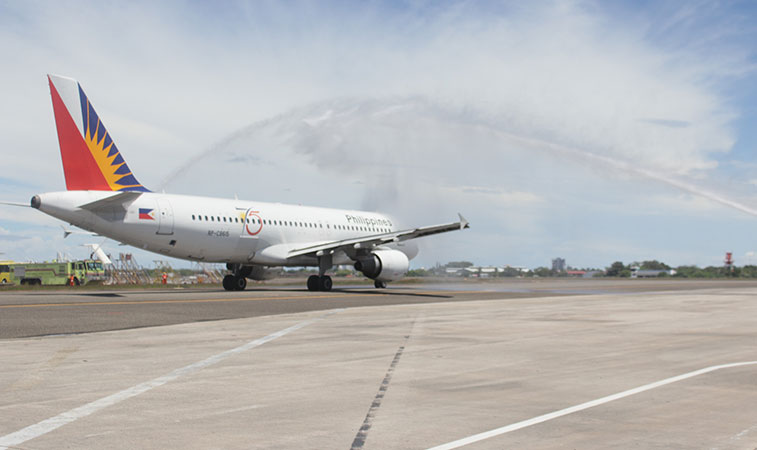 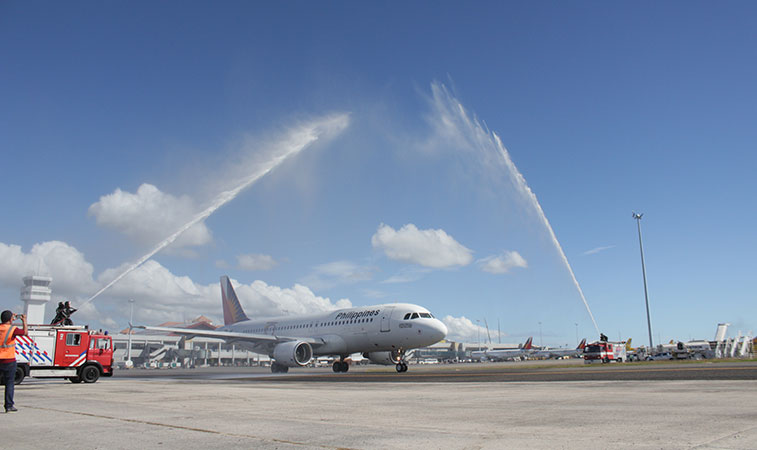 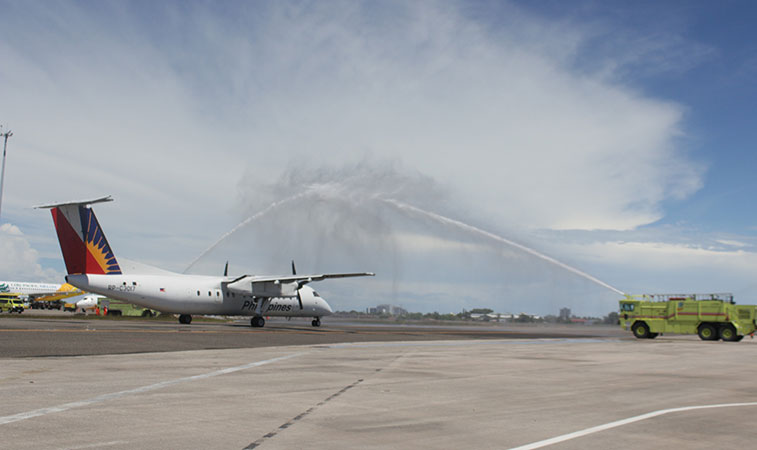 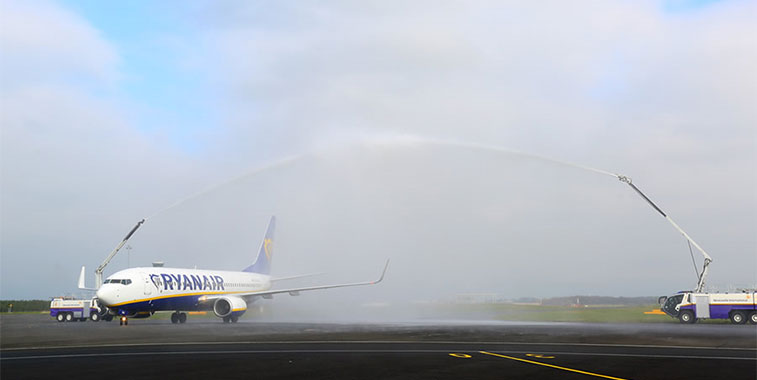 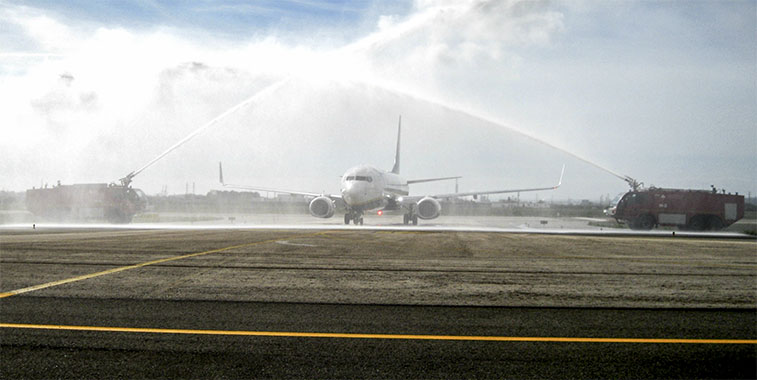 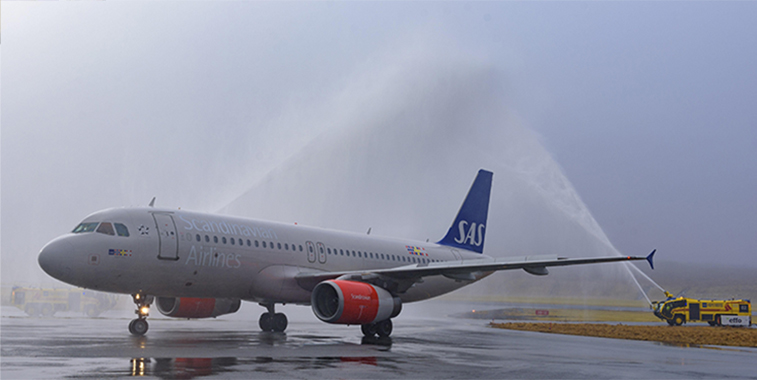 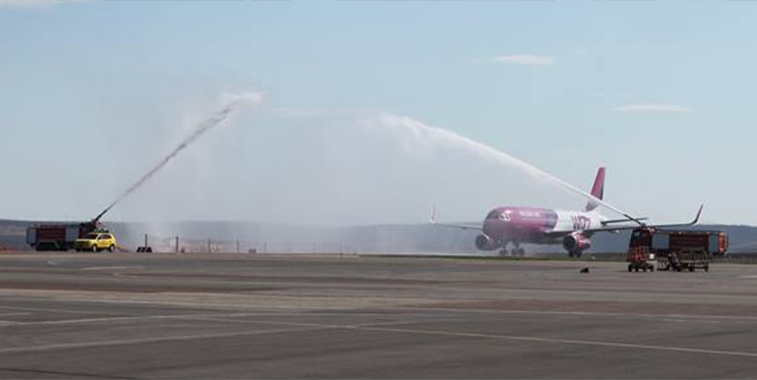 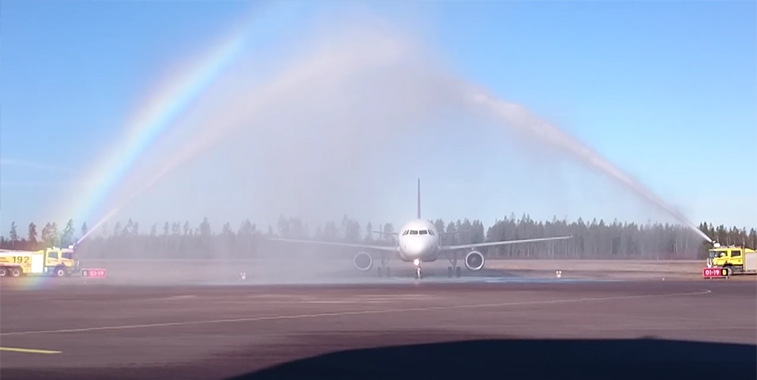 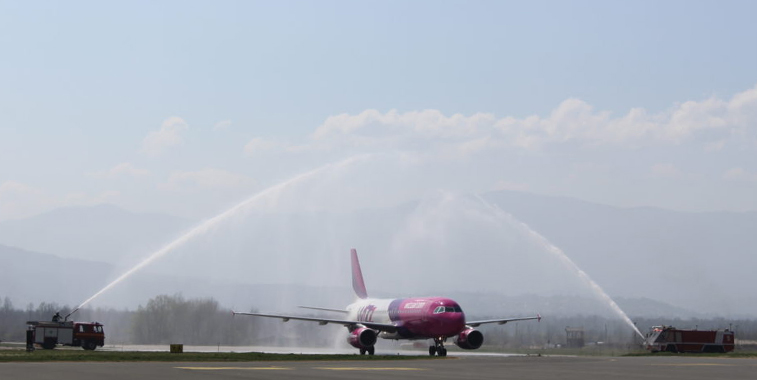 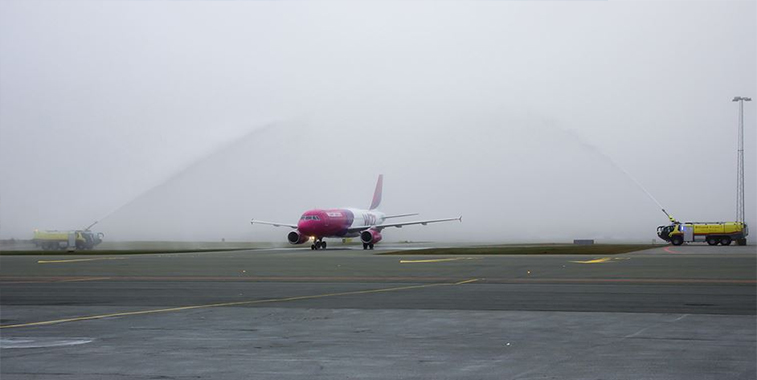