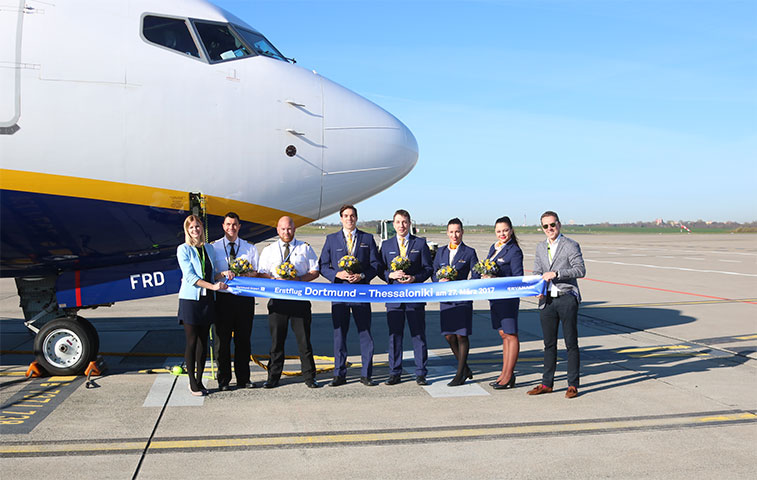 One of the longest sectors commenced by Ryanair this week, was a 1,696-kilometre sector between Dortmund and Thessaloniki. The route will face no direct competition. Annika Neumann, the German airport’s Press Officer, along with the inaugural Ryanair crew joined Guido Miletic, Manager of Marketing & Sales from Dortmund Airport to herald the new route. 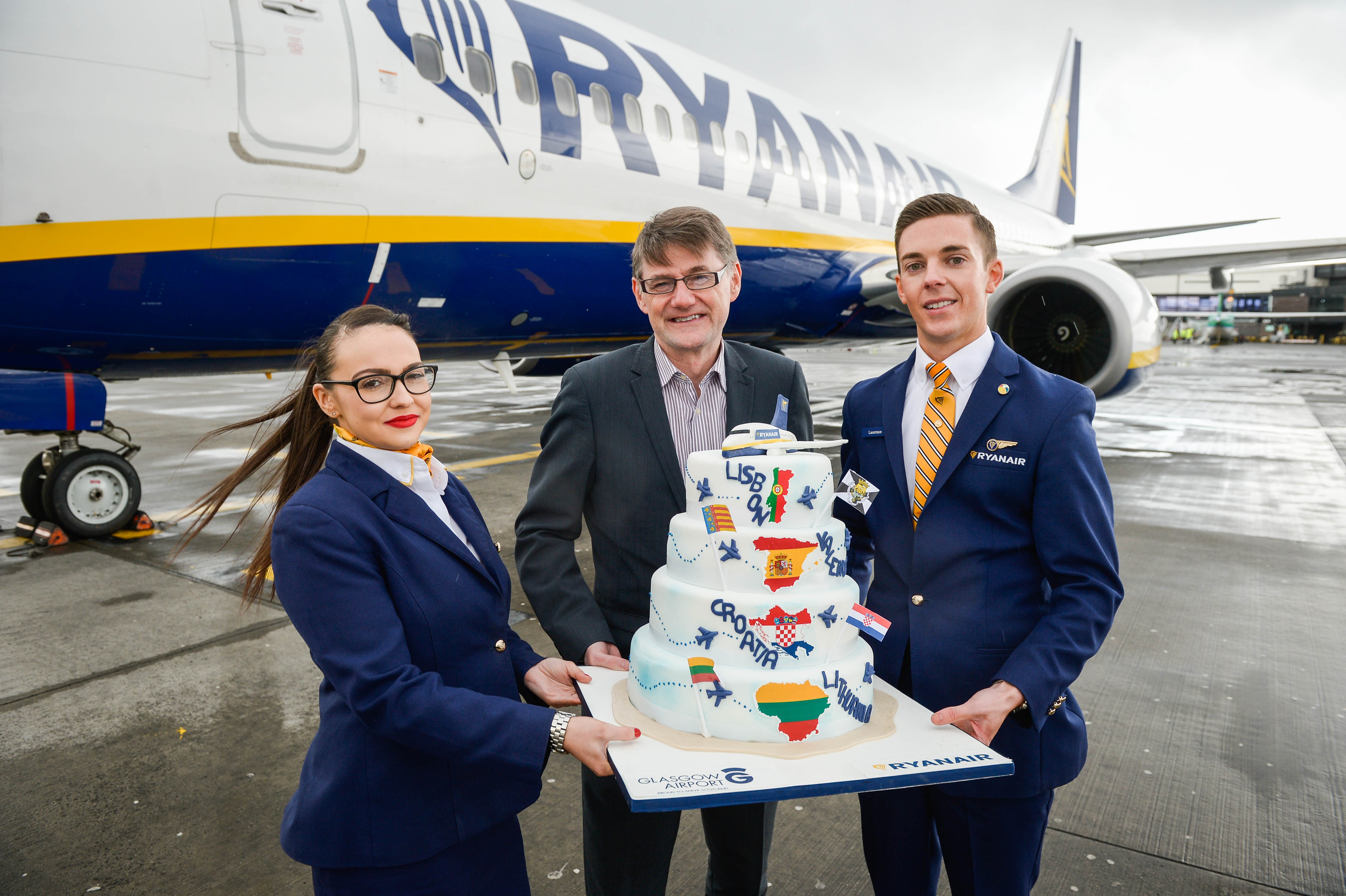 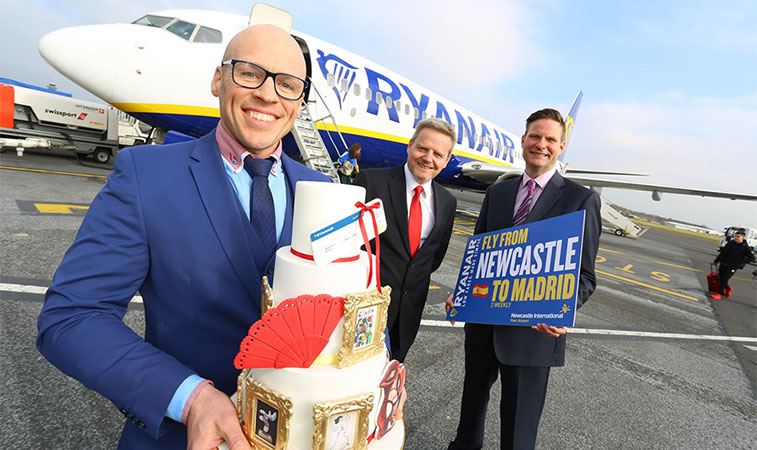 Leon McQuaid, Aviation Development Manager (and chief cake holder) at Newcastle Airport, along with Simon Dunn, Regional Director, International at Santander UK Corporate & Commercial and Simon Crosby, Senior International Trade Adviser for the Department for International Trade (holding the sign) welcome the start of the UK airport’s new service to Madrid. “This new route is of paramount importance to the business community of the North East,” says McQuaid. 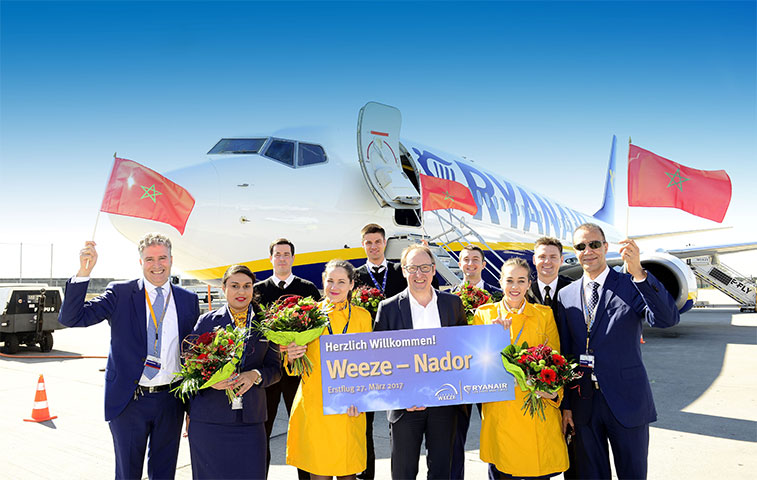 With the addition of twice-weekly flights to Nador on 27 March, Ryanair now flies to five Moroccan destinations from Weeze Airport, with a total of ten flights every week. Sending off the first flight’s crew with flowers were: Abdelghani Essinnou, Economic Adviser to the Consul General for Morocco in Düsseldorf; Ludger van Bebber, MD Weeze Airport; Timo Buschmann, Ryanair Base Captain at Weeze Airport; and Consul General for Morocco in Düsseldorf, Jamale Chouaibi.