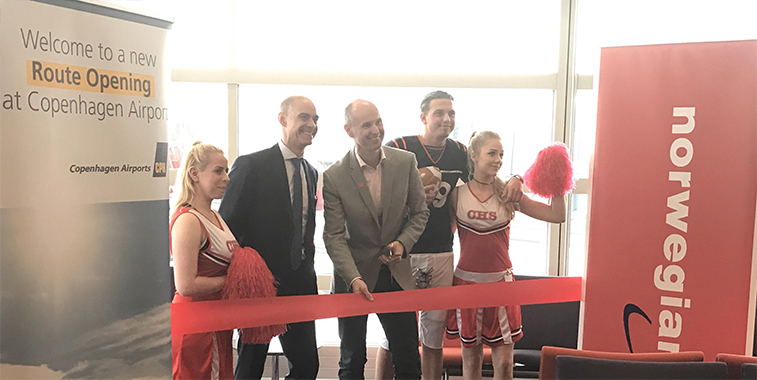 A ribbon cutting was conducted on 28 March to officially open Norwegian’s newest route from Copenhagen – Oakland. Among those at the celebration was Morten Mortensen, Director of Airlines Sales and Route Development, Copenhagen Airport (second-left). The airline will operate flights between Copenhagen and Oakland on its 787-8s. 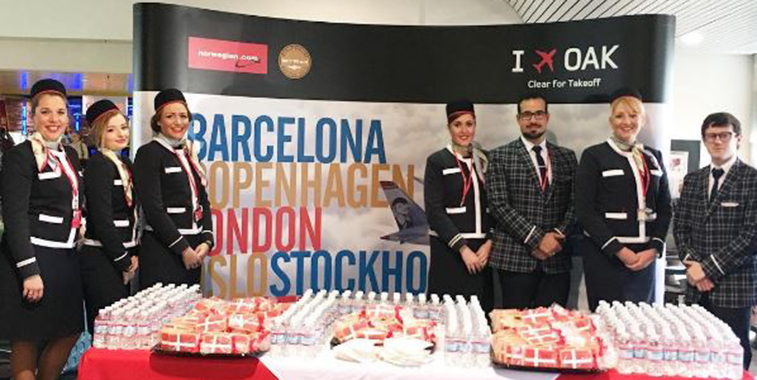 Norwegian celebrated the start of flights between Copenhagen and Oakland on 28 March, with the Californian airport providing passengers on the first return flight free water and a sweet treat which was decorated with the Danish flag. The 8,787-kilometre link between the Danish capital and Oakland will be flown twice-weekly (Tuesdays and Saturdays). 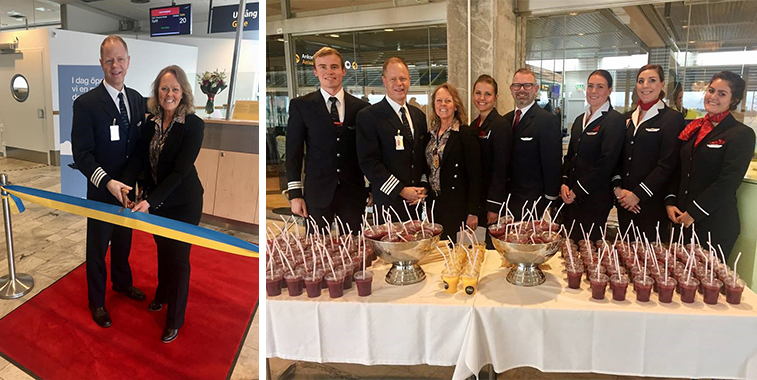 Gothenburg Airport celebrated with a ribbon cutting the start of Norwegian flights to Split on 30 March, while smoothies were provided for the first passengers to enjoy. Seen conducting the cutting of the ribbon are the inaugural flight captain and Gothenburg Airport Director Charlotte Ljunggren. Norwegian will operate the route twice-weekly (Thursdays and Sundays) on its 737-800s. No other airline serves the 1,593-kilometre route.