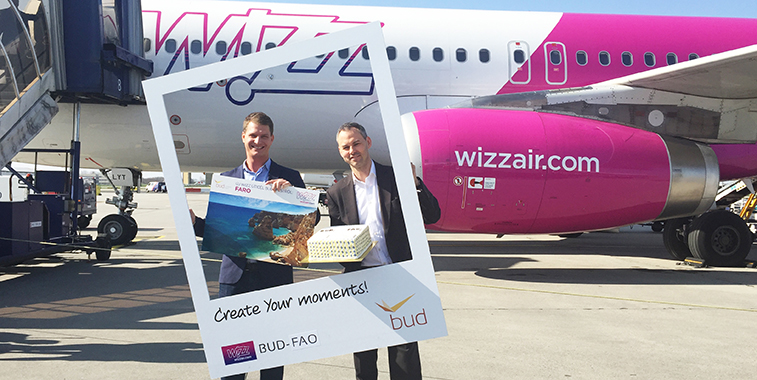 Budapest Airport welcomed the arrival of Wizz Air’s new connection to Faro on 1 April, with the Hungarian gateway also baking a cake to mark the occasion. Seen on the apron in the Hungarian capital to create their moment to remember the new route are Gabor Vasarhelyi, Corporate Communications Manager, Wizz Air and Balázs Bogáts, Head of Airline Development at Budapest Airport. The 2,503-kilometre route will face no direct competition. Wizz Air inaugurated flights to Santander in Spain on 31 March. On hand to celebrate the new service was Gabor Vasarhelyi, Corporate Communications Manager, Wizz Air, and Miguel Angel Revilla, President of the Autonomous Community of Cantabria. Revilla also handed out goodie bags to the first passengers who had arrived from Warsaw Chopin. The new connection from the Polish capital will be operated by the airline twice-weekly (Mondays and Fridays) on its fleet of A320s facing no direct competition. Passengers disembarking the inaugural Wizz Air flight between Budapest and Faro were greeted with a bottle of traditional sweet liqueur from the company Farrobinha. Wizz Air will link the Hungarian capital to Faro with a weekly (Saturdays) service.