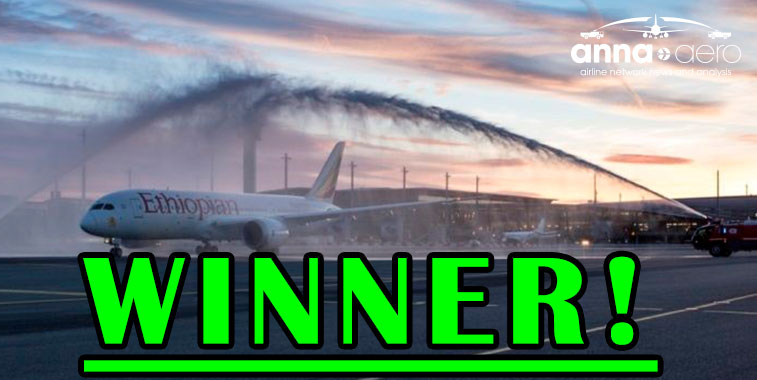 Winning by just 19 votes, Norway’s Oslo Gardermoen Airport becomes Europe’s 10th winner of the Arch of Triumph Public Vote – Part I. Second-placed Newcastle Airport in the UK was also runner-up in the Cake of the Week competition.

The votes have been counted and verified by our friends from the North Korean Government. Oslo Gardermoen Airport becomes the tenth European airport (in the 10 public votes held so far) to win a public vote in the illustrious Arch of Triumph competition. It joins nine other airports from the region – Budapest, Bucharest, Cluj-Napoca Gran Canaria, La Palma, Amsterdam, Athens, Iasi and Lille – and Norway also becomes the seventh different country winner. The airport secured 22% of the votes, beating off Newcastle (19%) – the UK airport also finished second in the Cake of the Week competition. N.B. The airport names which are underlined are the FTWA creators in question. 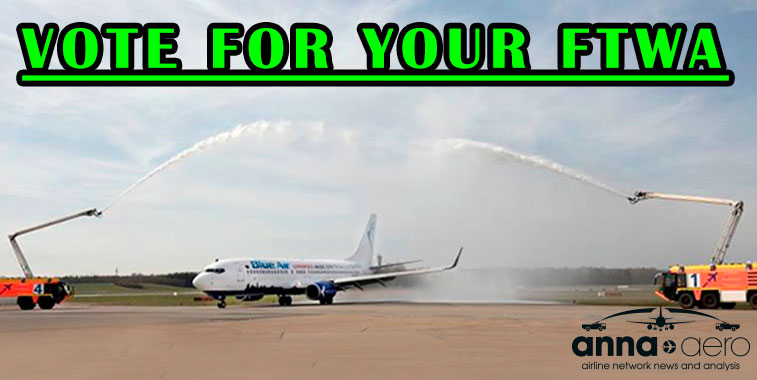 With 26 FTWAs to judge this week – one more than last week’s tally – you lot are going to be busy again trying to decide which of them deserves the honour of joining the world’s firefighting elite – those 10 airports which have already won one of the Public Vote weeks in the Arch of Triumph competition. Will it be Hamburg??

Like last week, its one of the busiest seven days of 2017 when it comes to route launches – we have another 200 in our new route database – as we move into the second week of S17.  So we are giving the controls over to the anna.aero reader again to choose the best of 26 FTWAs – one more than in Part I of the Public Vote – we have been sent this week from the world’s airports. The winning airport will have the prestige of achieving an award that most can only dream of, with a Arch of Triumph certificate being the reward for their respective first flight welcome water jet endeavours. The beginning of the summer season also sees a huge amount of new route cakes created ‒ see our Cake of the Week vote here.

Just to remind you, the Arch of Triumph Public Vote S17 Part II rules are very strict: you have to get as many votes as you can to win! How you get these votes is of little concern to us, as long as it is legal (or you don’t get caught). So if you want your new route FTWA to win, get everyone in your airport/airline to vote, get it shared on Facebook, Linkedin, and get re-tweeting! N.B. The airport names which are underlined are the creators of the FTWAs in question. The vote closes at 17:00 (GMT) on Tuesday 11 April and the results will be published in next week’s newsletter on Wednesday 12 April. Keep voting!! 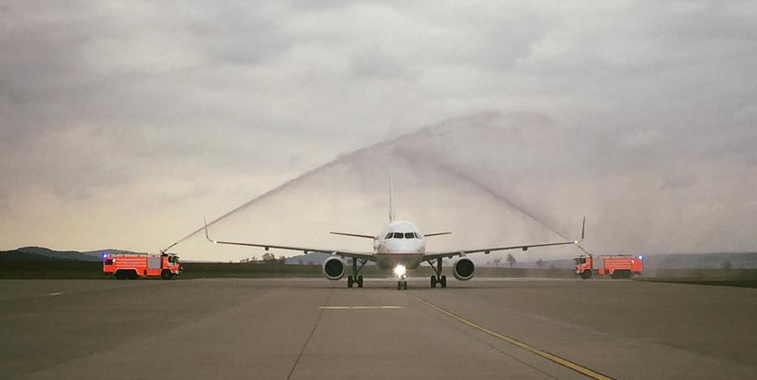 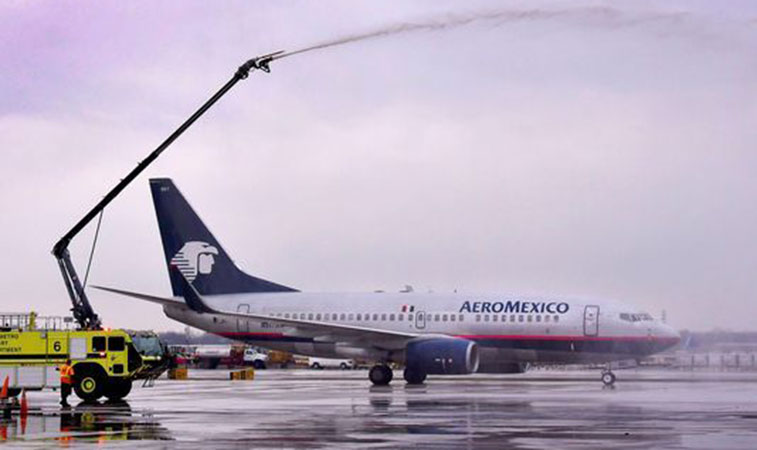 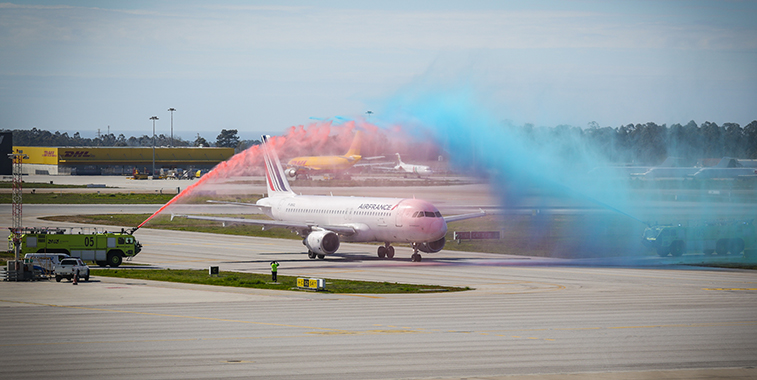 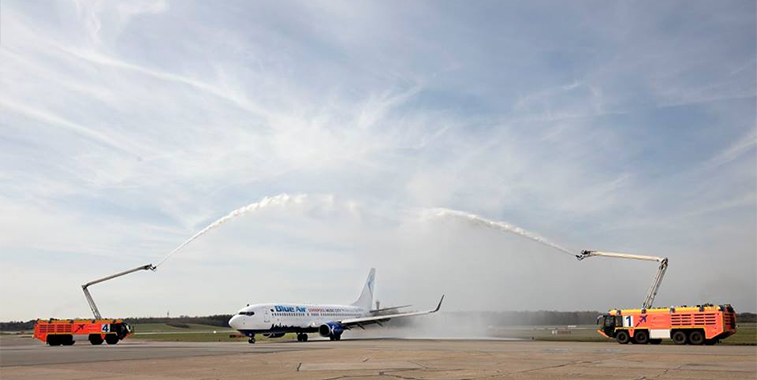 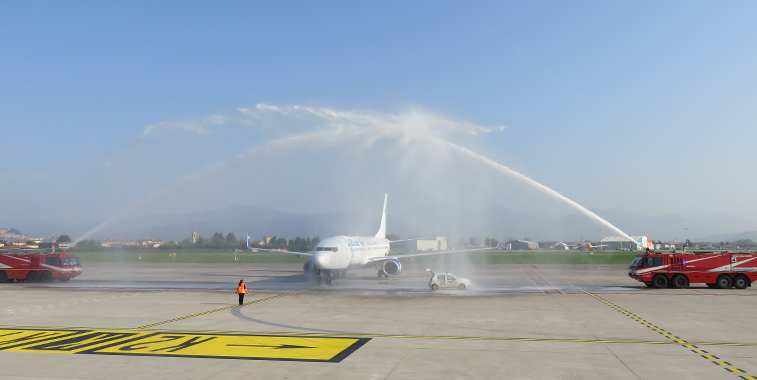 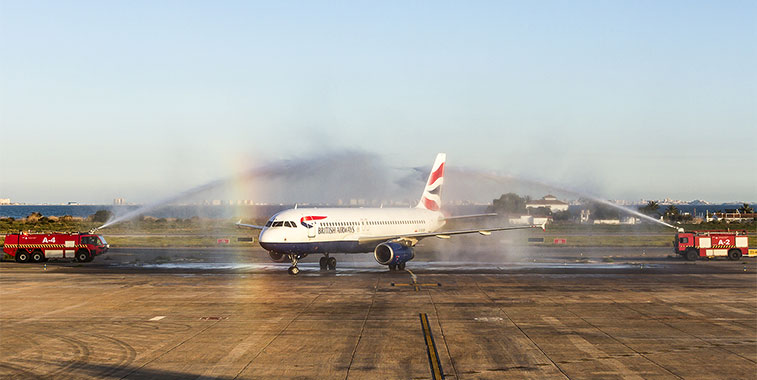 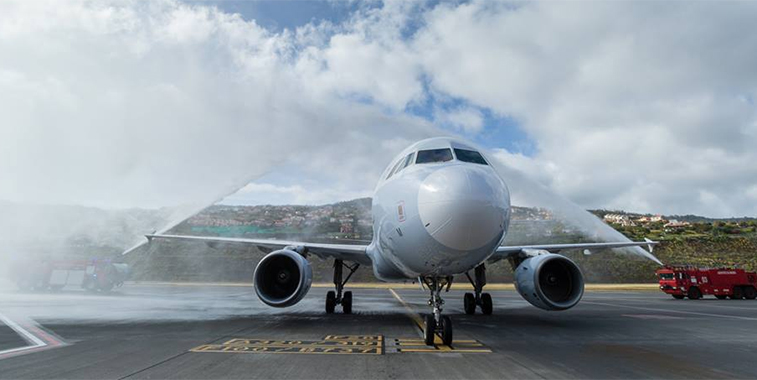 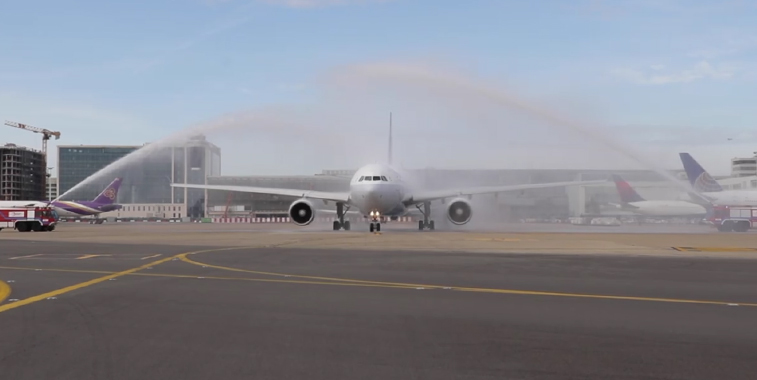 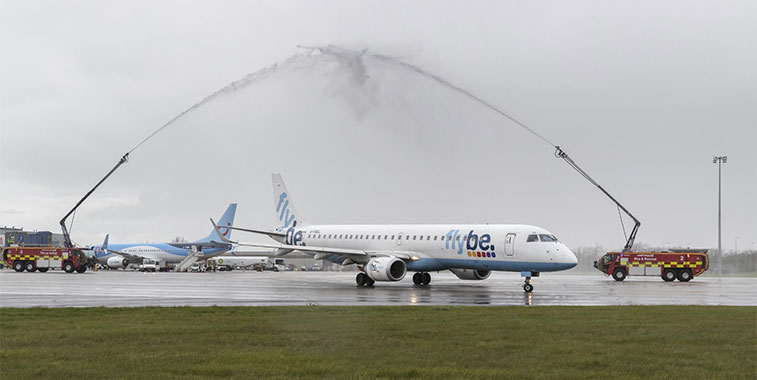 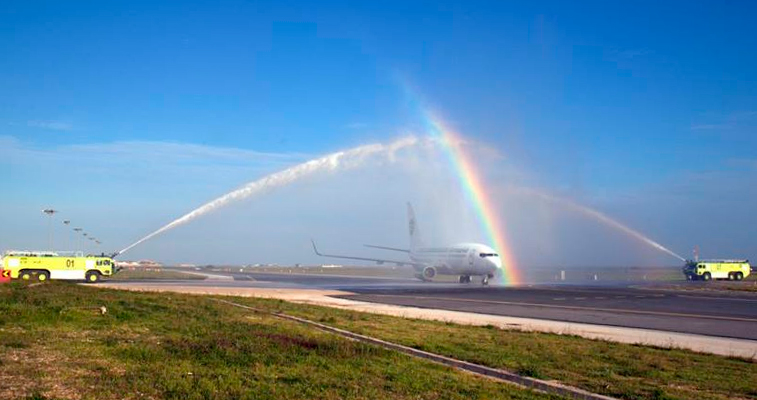 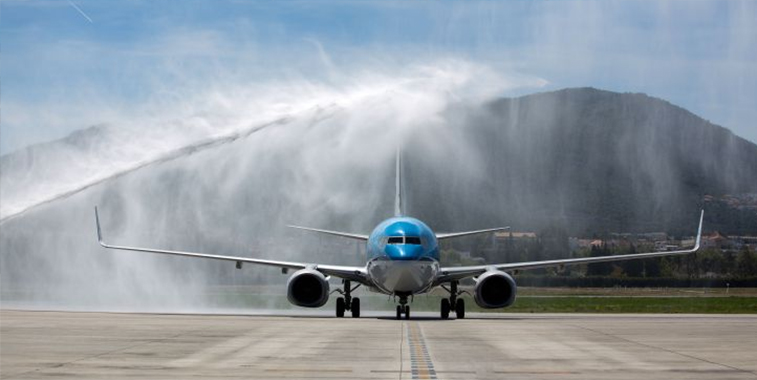 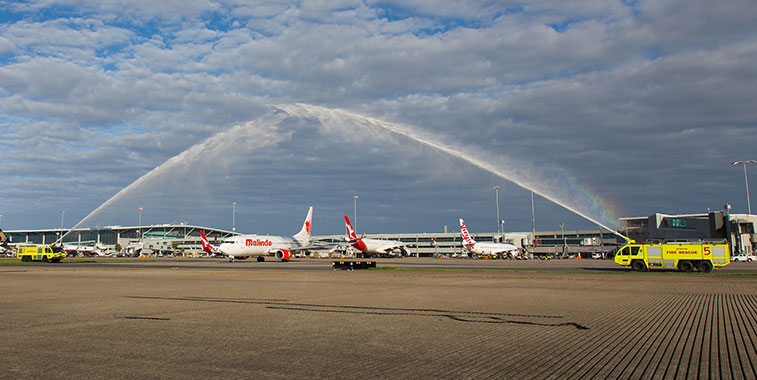 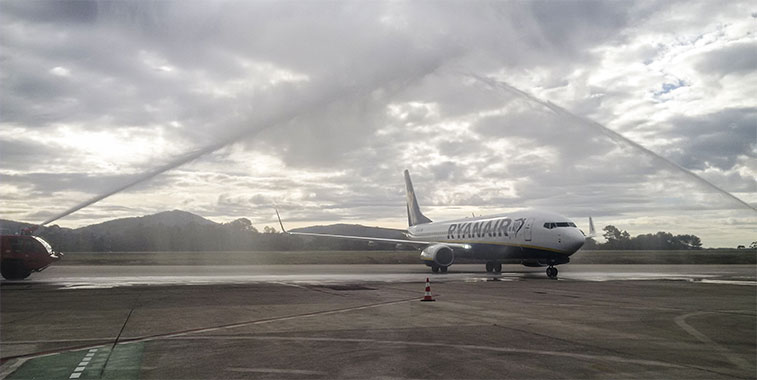 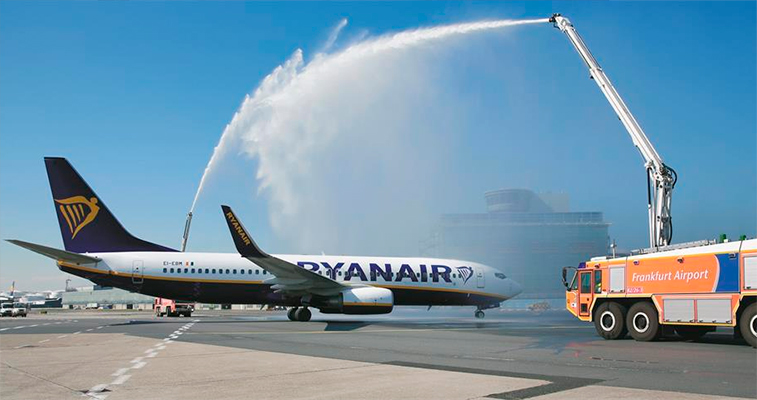 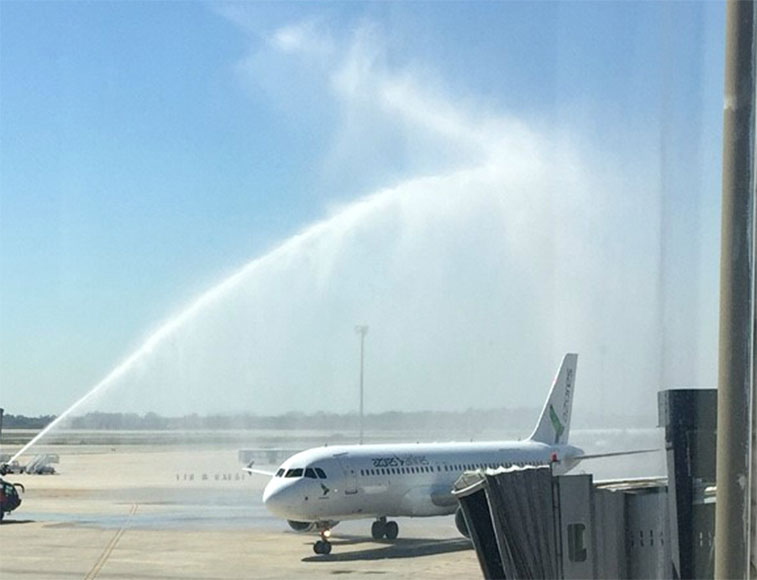 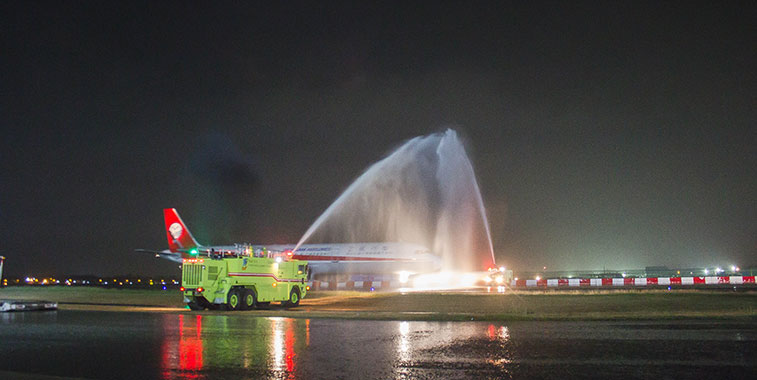 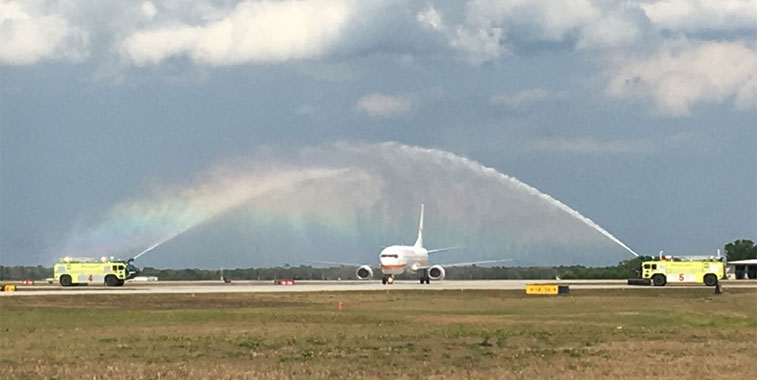 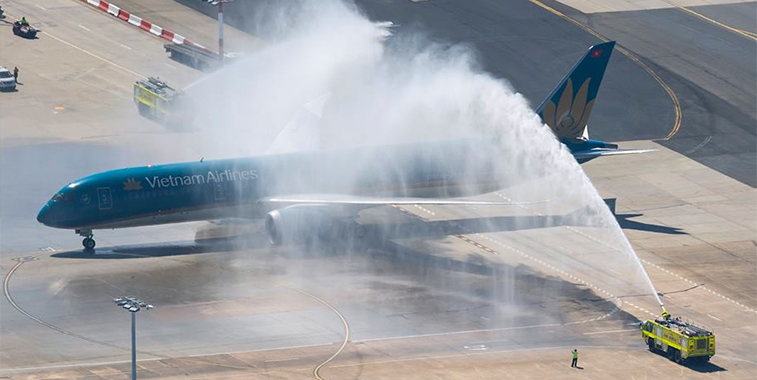 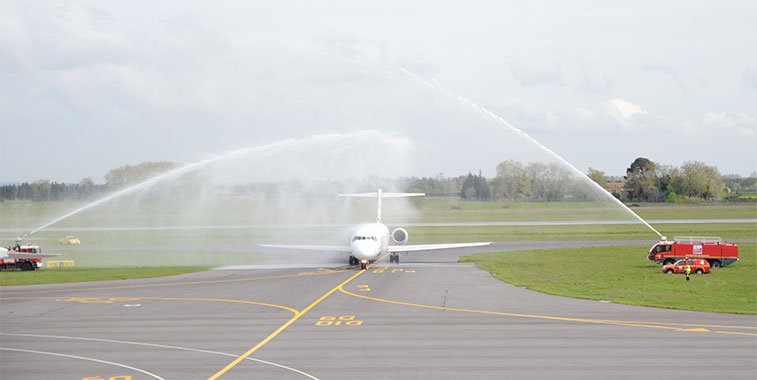 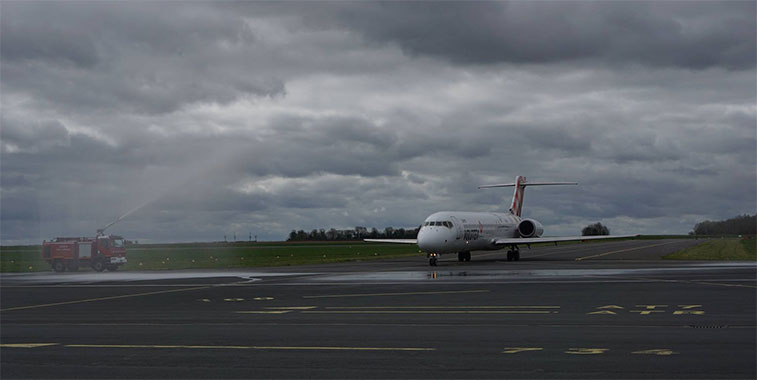 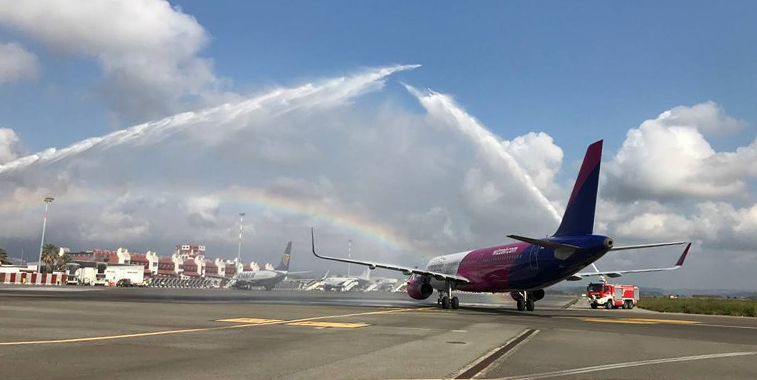 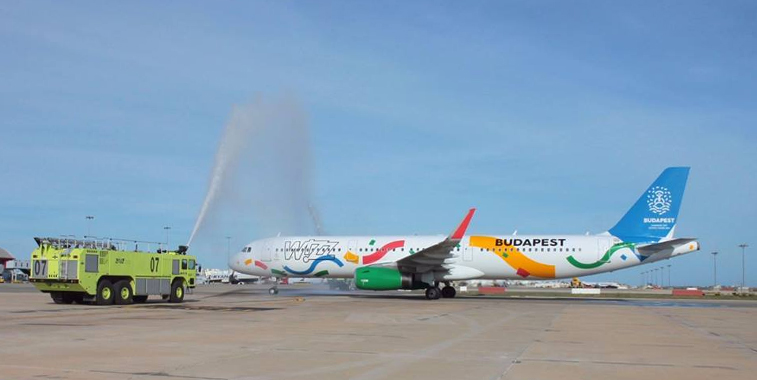 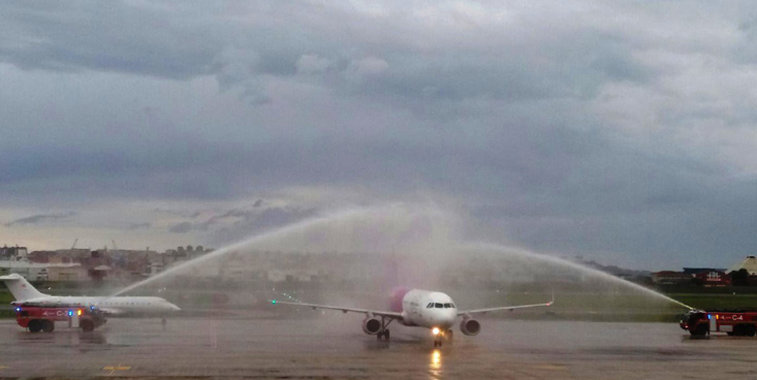