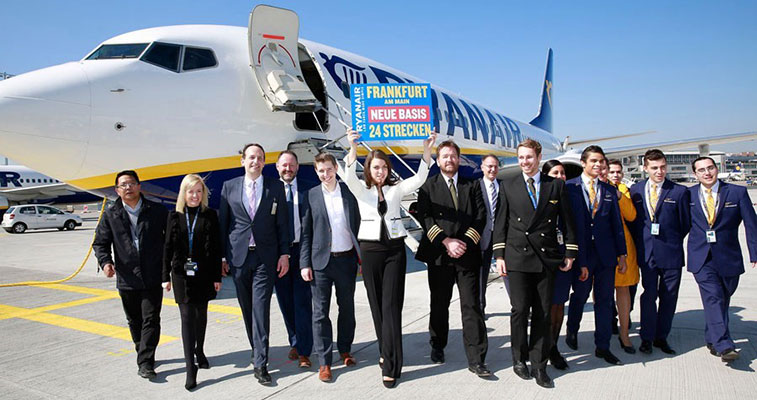 On cake-cutting duties on 29 March at Milan Bergamo, Ryanair’s third biggest base in terms of weekly seats, were Giacomo Cattaneo, Aviation Director Sacbo and Pasztor Sandor, President Bihor Country Council. The cake was baked to celebrate the start of the ULCC’s 71st route from the Italian airport – Oradea in Romania. There were also traditional Romanian dancers in the Bergamo check-in hall adding some extra local flavour to proceedings. 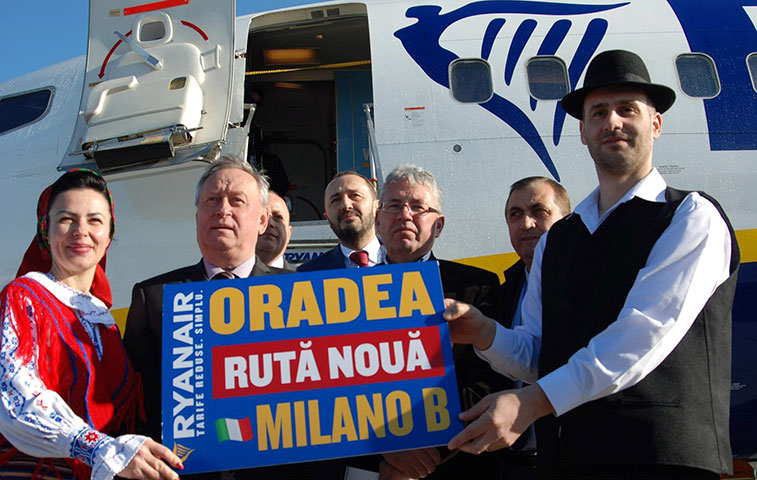 A few hours later in Oradea the festivities continued with yet more dancers, this time on the airport’s apron (and not a hi-viz jacket between them). Ryanair will fly the 946-kilometre sector from Bergamo twice-weekly (Wednesdays and Saturdays). 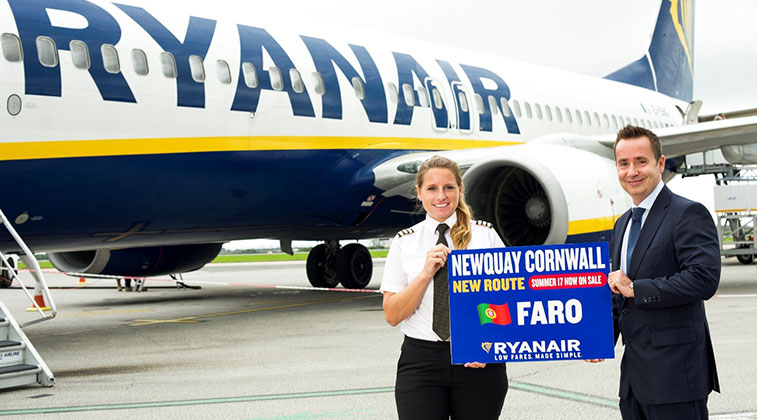 Cornwall Airport Newquay’s (CAN) MD Al Titterington celebrates the signification expansion of its route network with the launch of Ryanair’s twice-weekly connection to Faro, the popular leisure resort of the Algarve. Just one year after reintroducing services from the airport, the new service joins the airline’s existing links to Alicante and Frankfurt Hahn, with the ULCC now offering six weekly flights from CAN. With the airport recording an exceptional 48% increase in passenger traffic in 2016, Ryanair’s new link to Faro will result in the ULCC delivering up to 57,000 passengers across its three routes to the Southwest UK Airport this year. 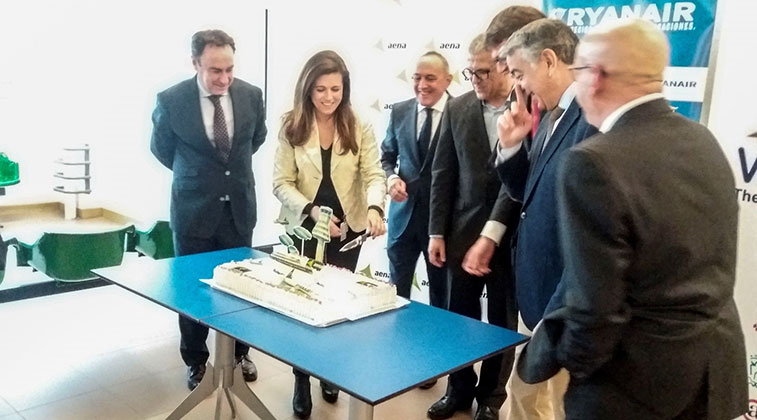 Ryanair began its first operations in almost a decade from Vitoria in Spain, with the start of international services to Milan Bergamo (26 March) and domestic flights to Tenerife South (29 March). Both routes will be initially flown twice-weekly by the ULCC. 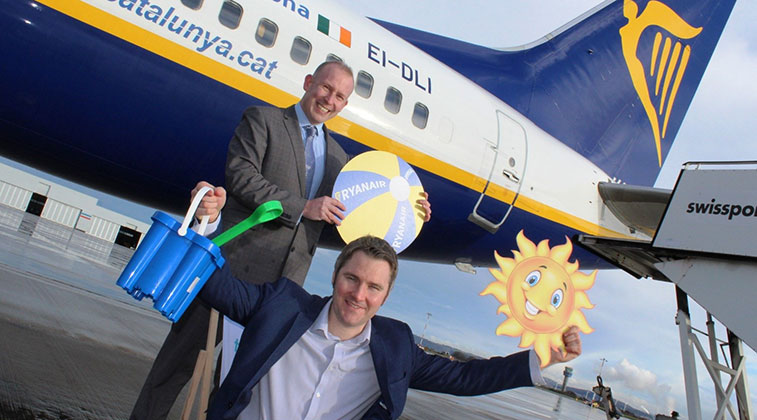 This week sees the start of Ryanair’s S17 programme from Liverpool with a five-route expansion of its operations ‒ to Prague, Sofia, Marrakech, Girona and Bari. In addition there will be increased departures each week to Warsaw, Gran Canaria, Palma de Mallorca, Faro, Alicante and Malaga. The airline’s expansion will bring up to an extra 15 departing flights per week and over 200,000 additional seats from Liverpool compared to last year and an expected 11% growth in Ryanair passenger traffic. Liverpool Airport’s Director of Air Service Development Paul Winfield with Ryanair’s Head of Communications Robin Kiely get in the holiday mood at the airport.