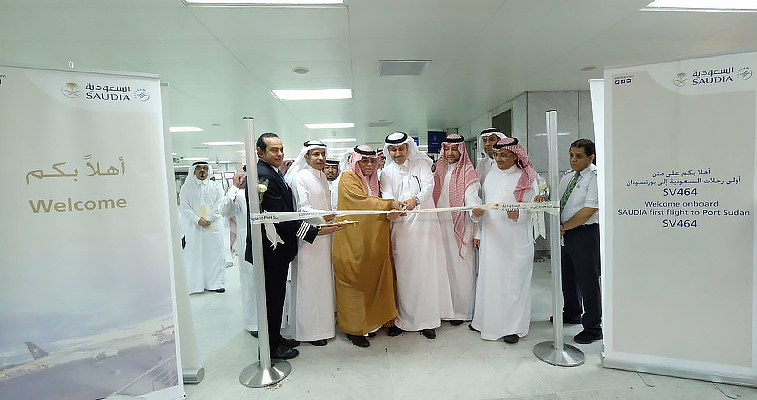 Before the inaugural flight to Port Sudan departed, a ribbon cutting ceremony was held in Jeddah. At just 317 kilometres, the route becomes the shortest international sector in the Saudi Arabian Airlines network.