Ljubljana Airport welcomed the arrival of Transavia’s new route from Amsterdam on 4 April. Seen welcoming the inaugural flight crew with flowers on the apron is Janez Krašnja, ‎Head Of Airline Management, Ljubljana Airport. There were also chocolate pops for passengers to enjoy, while Transavia-branded bicycles, a key feature of Amsterdam’s culture, also adorned the gate area. The carrier will provide three weekly flights on the 974-kilometre sector, with it seeing direct competition from Adria Airways. 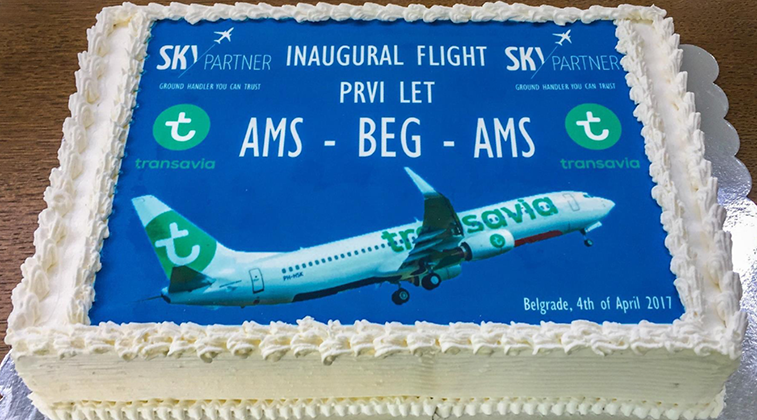 This splendid cake was made to welcome Transavia’s new three times weekly link from Amsterdam to Belgrade, a route which began on 4 April. The 1,408-kilometre city pair is already flown by Air Serbia 10 times weekly.