China’s 200-plus airports handled over one billion passengers for the first time in 2016; 17 airports welcomed over 20 million customers 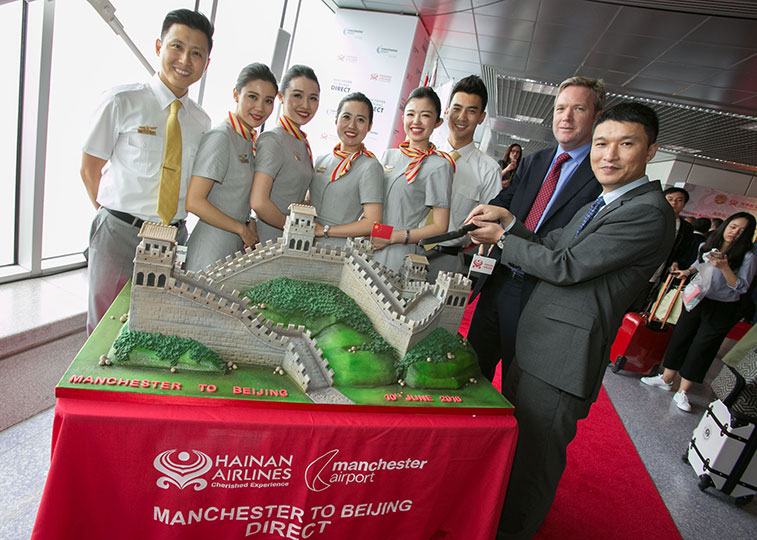 Last June Hainan Airlines began direct flights between Beijing and Manchester. Beijing continues to be China’s busiest airport growing by 5% in 2016 to reach 94.4 million passengers. According to ACI statistics it was the world’s busiest airport in January with over four million departing passengers. However, come April, movements at the airport will be cut by around 20% while maintenance work takes place on one of the facility’s three runways.

Compared with 2015 there was no change in the rankings for the top four airports. However, Kunming jumped two places from seventh to fifth, leap-frogging Shenzhen and Shanghai Hongqiao, thanks to seeing demand grow by just under 12%. The only new entry in the top 15 was Zhengzhou which barged Urumqi out of the way. Zhengzhou’s growth of 20% was the highest among the leading airports. The slowest-growing facility was Shanghai Hongqiao which registered just 3.5% growth, well below the national average. 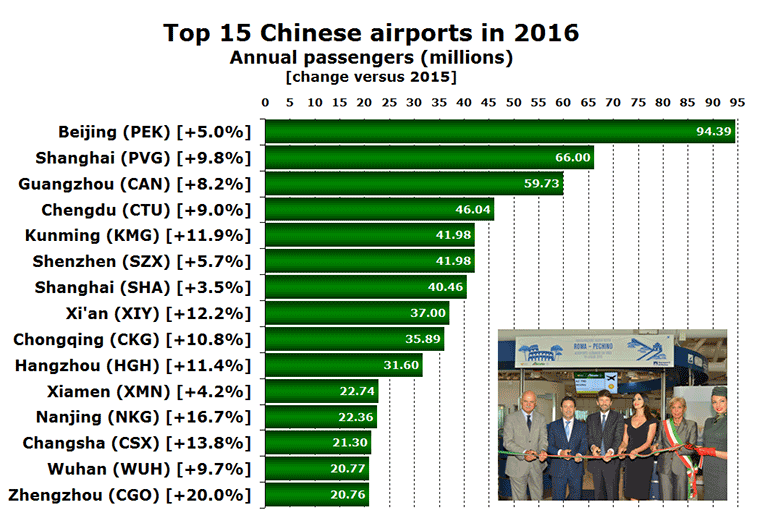 While Beijing was beaten to the 100-million passenger mark by Atlanta in 2016, according to ACI data it was the world’s busiest airport in January 2017 with 4,090,549 departing passengers (representing 8.5% growth) just beating off Dubai with 4,018,504 (+9.7%) and Atlanta with 3,885,716 (+0.3%). However, the airport will be closing one runway for maintenance work for most of April resulting in an expected 20% reduction in movements that month. The city’s new airport, Daxing International, is currently set to open in 2019 with the potential for seven runways.

International traffic growth in China slows at end of 2016

Official monthly statistics show that domestic air travel grew by 10.7% in 2016 while international traffic on Chinese carriers grew by 22.7%. However, domestic traffic, which had grown by 9% across the first eight months of the year, saw faster growth in the last four months of 2016, averaging 13.7% between September and December. The reverse happened with international traffic. Here, growth was 28% between January and August but slipped to just 13.5% in the last third of the year. So far for 2017 only January figures are available. Statistics for the first month of this year show that domestic traffic has grown 17.4% and international traffic is up 19.1%. 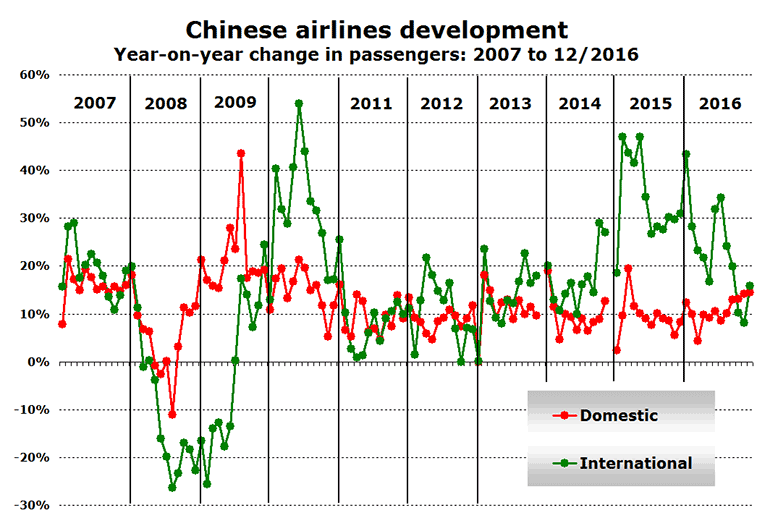 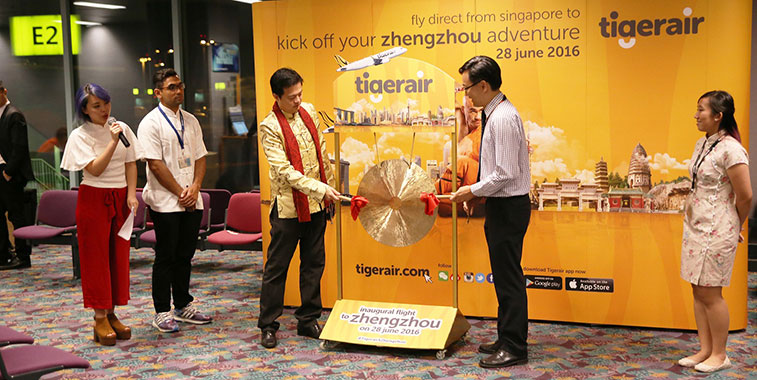