Volotea arrived in Vienna on 7 April with a route from Nantes, while a Marseille service was inaugurated on 10 April. A third route to Genoa will begin 15 April as well. On hand in the Austrian capital to help cut the cake that was baked to mark the occasion were: Norbert Kettner, Director Vienna Tourist Board; Nikolaus Gretzmacher, SVP Operations, Vienna Airport; and Pierfrancesco Carino, Chief Sales Officer, Volotea. 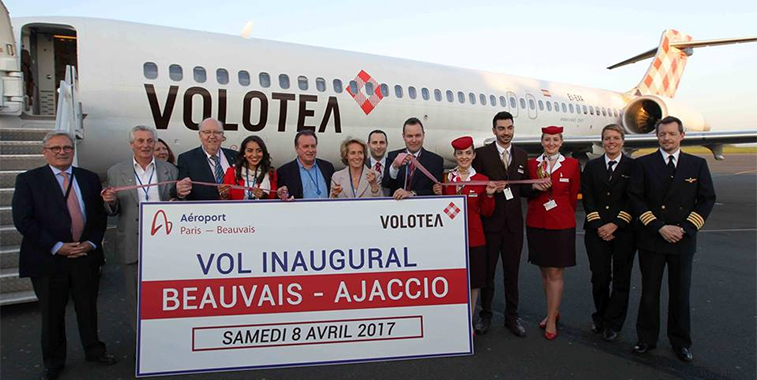 Paris Beauvais welcomed the arrival of Volotea’s new twice-weekly (Saturdays and Sundays) service from Ajaccio on 8 April. The 983-kilometre French domestic connection between Corsica’s largest city and the French capital airport will face no direct competition. However, Air Corsica and Air France both link Ajaccio to Paris’ CDG and Orly airports.