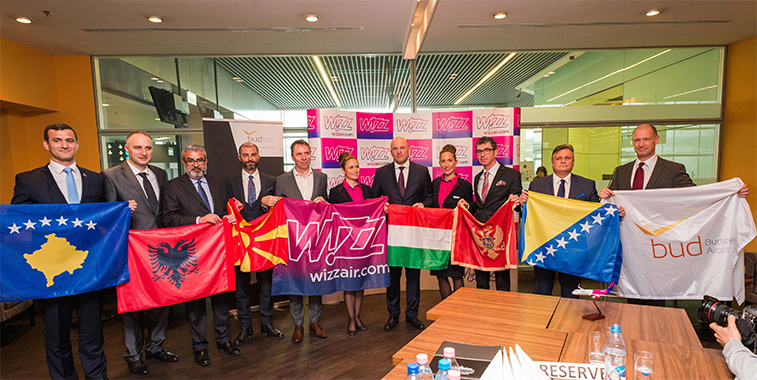 Along with welcoming Pristina, Sarajevo and Tirana to its departure boards this week, Budapest also gained new routes to Bergen and Hannover, while a connection to Lamezia Terme was also celebrated, with it beginning on 12 April. Creating their moment to remember at the route inaugurations are Gabor Vasarhelyi, Corporate Communications Manager, Wizz Air and Balázs Bogáts, Head of Airline Development at Budapest Airport. They then posed with the vibrantly coloured three-tiered cake, which depicts the new route connections, along with the Wizz Air crew. 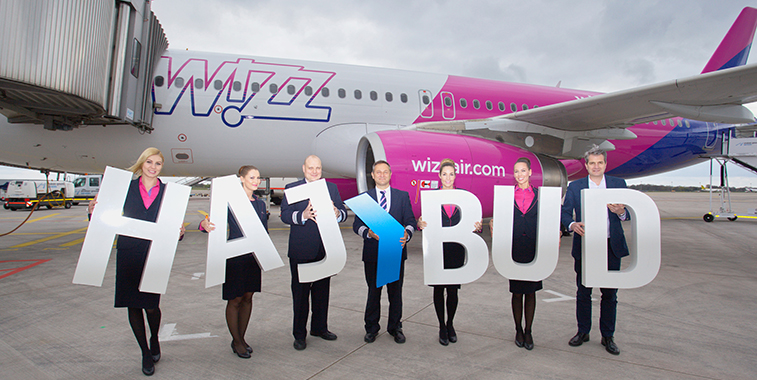 Wizz Air on 10 April commenced flights between Budapest and Hannover. Seen holding the IATA codes for both airports on the new sector, along with the first flight crew, is Martin Altemöller, VP Aviation, Hannover Airport. The route will be flown by Wizz Air four times weekly facing no direct competition. Budapest is now Wizz Air’s fourth connection to Hannover, with the Hungarian capital joining Bucharest, Kiev Zhulyany and Skopje.

Bergen Airport celebrated with traditional route launch cake the start of Wizz Air flights from Budapest. Launched 10 April, the 1,690-kilometre sector will be served by the airline twice-weekly (Mondays and Fridays) on its A320s. 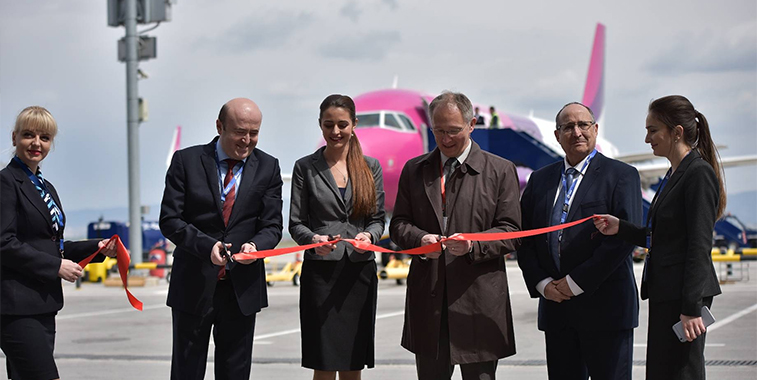 Wizz Air introduced Pristina to its network on 7 April, the airline’s first destination in Kosovo. To welcome the carrier, a ribbon cutting ceremony was held to officially open Wizz Air’s Budapest connection. From June a second route, London Luton, will be launched, with it scheduled to be flown twice-weekly (Tuesdays and Saturdays) from 24 June.