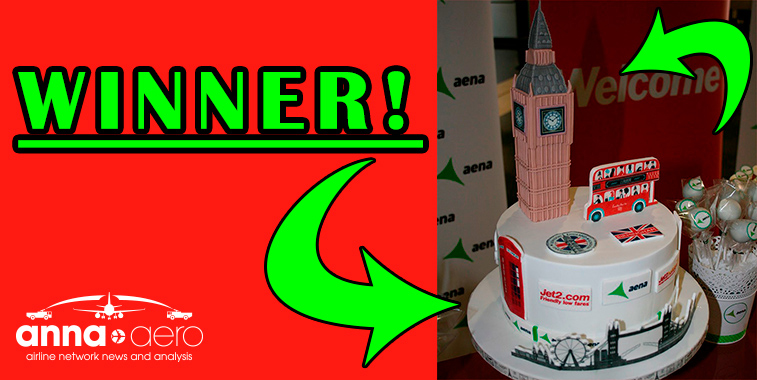 With 24% of the vote Gran Canaria has snapped up Part II of the S17 Cake of the Week Public Vote, fairing better than it did in the last Public Vote it entered where it came second, behind Cologne Bonn. Porto finished second with 17% of the vote.

With 24% of the 850 votes cast, Gran Canaria has snapped-up the S17 Cake of the Week Public Vote Part II, winning by a margin of 61 votes. Securing a healthy 17% of the vote was just not enough for second-placed Porto, the same spot Gran Canaria finished in during the W16/17 Cake of the Week Public Vote Part II. It looks as though there was a tight finish for second place, with only 20 votes in it between Porto’s Air France cake and the one commissioned by Oakland to welcome British Airways. Surprisingly Cardiff, which won Part II of the Arch of Triumph Public Vote, managed to accumulate just 3% of the vote with its Pizza! Of the 32 cakes that we received for the second part of our S17 contest, only three did not receive a vote. However, the top five commanded the show by clinching 69% of all votes cast. With that, S17 voting comes to an end, but do not despair, as the readers’ view will return when the Public Votes open again for the W17/18 route launches. So get your chef’s thinking cap on to come up with a world-beating sweet treat for your winter season route launches.