Oradea Airport in Romania welcomed Blue Air’s new twice-weekly service from Turin on 13 April. To celebrate, the airport baked this splendid cake which was cut by Vlad Cristescu, Senior Network Development Executive, Blue Air, and Pasztor Sandor, President Bihor Country Council. The route will be flown twice-weekly (Thursdays and Sundays) on the airline’s 737-500s according to OAG schedules. 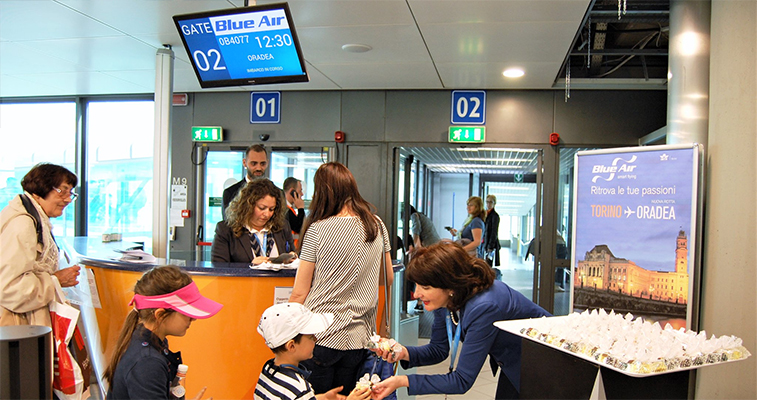 On 13 April Blue Air commenced its latest route from Turin – Oradea in Romania. In celebration of the first flight, passengers were handed cupcakes while boarding. The route will be flown twice-weekly facing no direct competition.