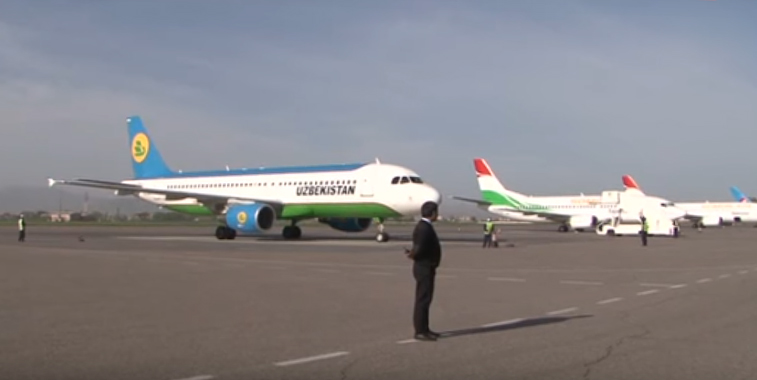 Uzbekistan Airways’ first flight to Dushanbe, the capital of neighbouring Tajikistan, carried only 29 passengers on an A320 on 11 April. The inaugural flight, seen here taxiing onto stand in Dushanbe with a Somon Air 737-300 parked next to it, was supposed to have taken place a week earlier. This is the first time the two countries have been connected by a regular air service in 25 years.