Seen welcoming Pieter Elbers President and CEO of KLM to Catania is Enzo Bianco Mayor of Catania. Once greetings had taken place, a ribbon cutting ceremony was performed followed by a group photo on the apron. Launched 22 April, the 1,833-kilometre sector will be flown by KLM twice-weekly (Saturdays and Sundays) on its 737-700s, with the route already flown by Transavia (daily) and easyJet (twice-weekly). 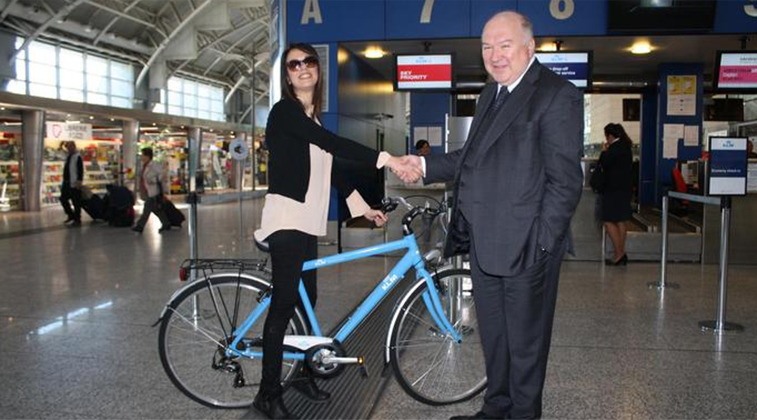 To celebrate the arrival of KLM in Cagliari, the airport teamed up with the airline to give a lucky passenger on the first flight the chance to win a KLM-branded bicycle. The lucky passenger was 36-year-old Mariagrazia Cau who was presented the prize by Gabor Pinna, VP Sogaer, the management company that runs Cagliari Airport.