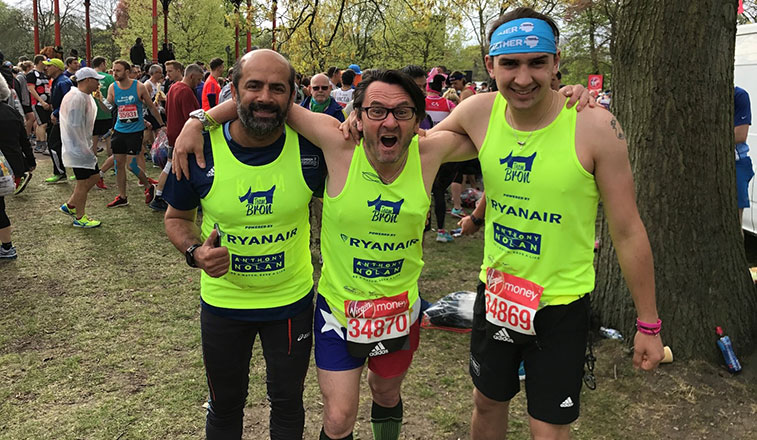 Who said they were cheap??!! Ryanair launched industry efforts to smash the target raised for charity by last year’s Budapest Airport-anna.aero Runway Run with a €5,000 sponsorship for the organisers’ team in Sunday’s Virgin London Marathon. The donation, from proceeds of Ryanair’s on-board lottery tickets, goes to the bone marrow transplant charity, Anthony Nolan. Budapest Airport CCO Kam Jandu went on to finish in 4.37 while anna.aero Publisher, Paul Hogan, crossed the line in 4 hours 4 minutes and 44 seconds – exactly the same time as his very first marathon 10 years ago. Freaky coincidence…or maybe just another good reason to buy a Ryanair lottery ticket…

The anna.aero team has been busy recruiting runners in Belfast. With the fifth Budapest Airport-anna.aero Runway Run, sponsored by Airbus, taking place on runway 13R-31L at 11:00 on Saturday 2 September 2017, the team has been building recognition and support for the leading sporting-charity event for the global aviation industry.

All entry fees – just €30 before July 2017 – are donated to cancer charities, and other child-focused good causes. Comprising of two race distances – 10km (four runway lengths) and 5km (a distance manageable even by first-time runners) – the run is open to all individuals and teams in the aviation community, followed by a superb barbecue on the terrace of Budapest Airport’s historic former Terminal 1 overlooking the re-opened runway. 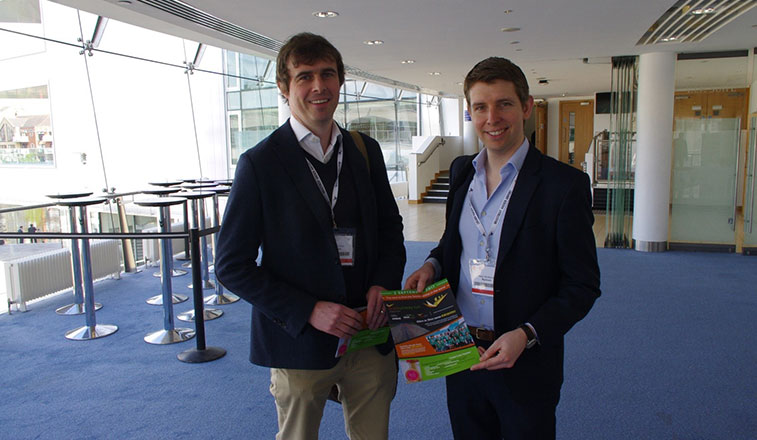 Ryanair’s Directors of Route Development, Niall O’Connor and Neal McMahon didn’t relish the idea of holding up anything featuring Aer Lingus, last year’s winners of the ‘Fastest Airline in the World’ Award, but in the name of charity they were good sports…and if it means more lottery tickets sold to their 120 million passengers that’s fine by us. 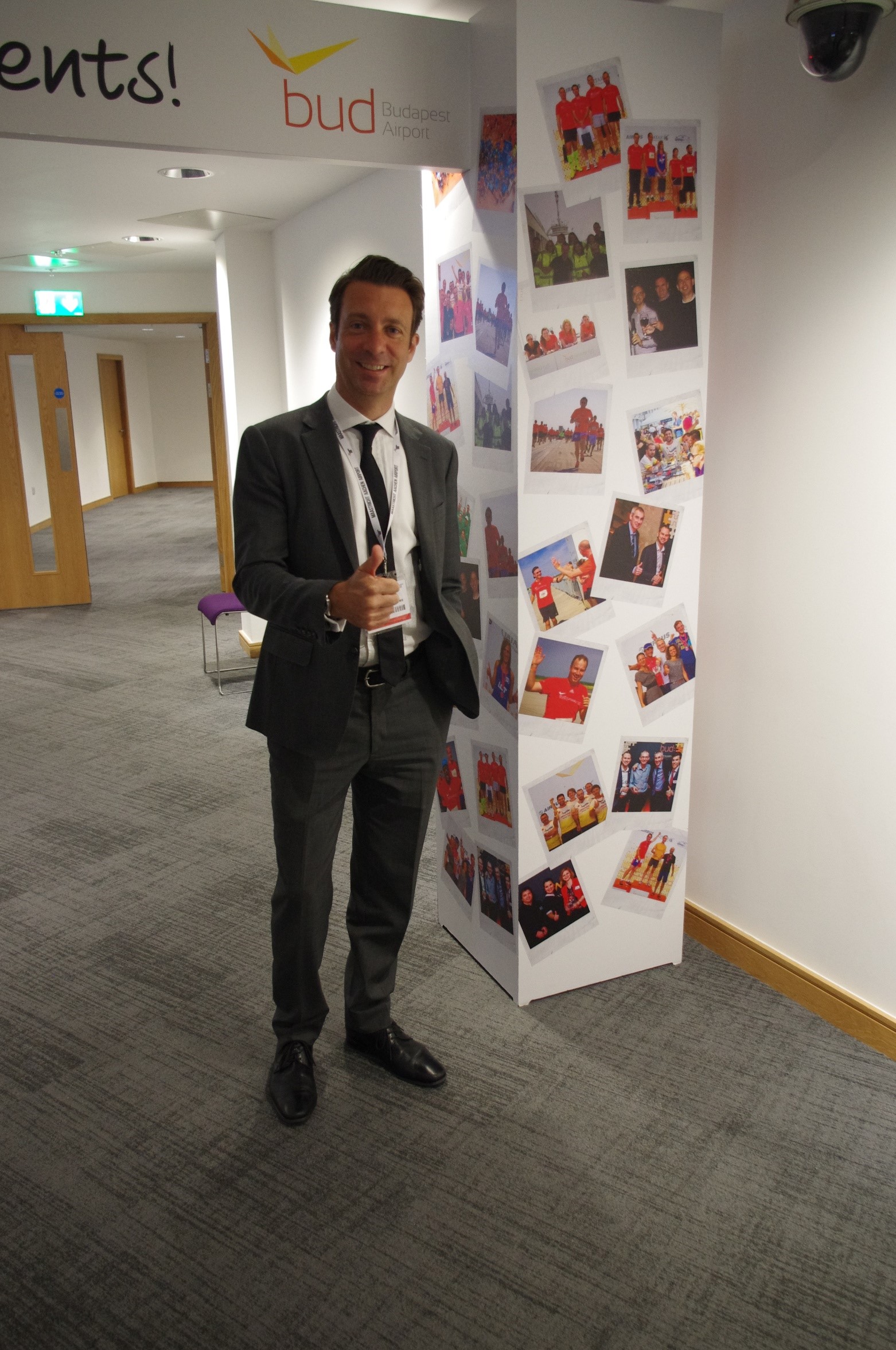 Enthusiastic runner himself, Michael Burke, Assistant Director Commercial, Hong Kong Airlines, will be part of the growing Asian-Budapest market when he hits the Tarmac in September for this year’s leading sporting-charity event for the global aviation industry. 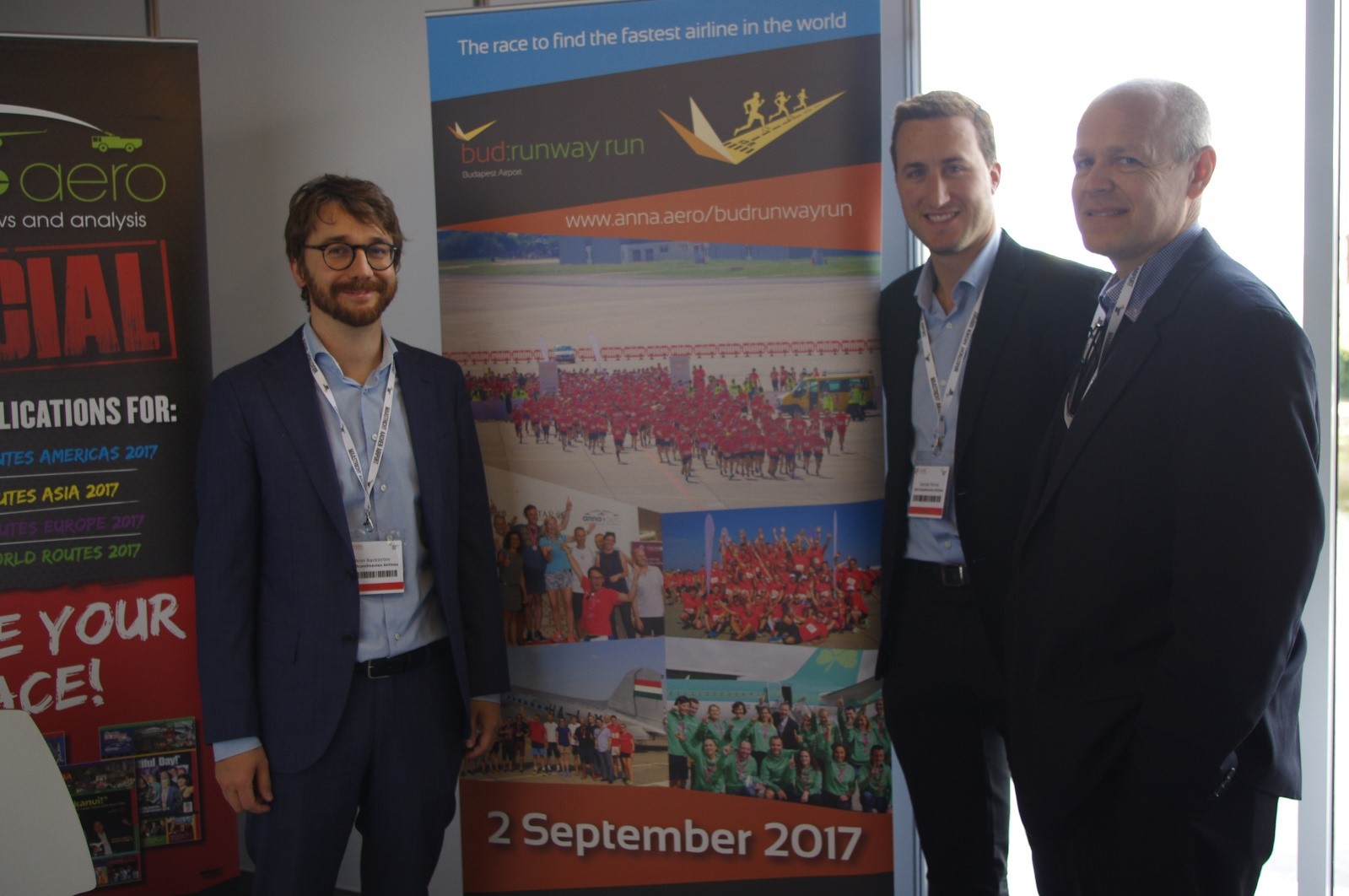 SAS’ Network Managers Gonzalo Pernas, Aron Backström and Per Schwab claim not to be runners themselves but we think there’s plenty of time to get them from sofa to 5k by September…with a qualified personal trainer on the team we’re happy to put training schedules in place for anyone interested of course. 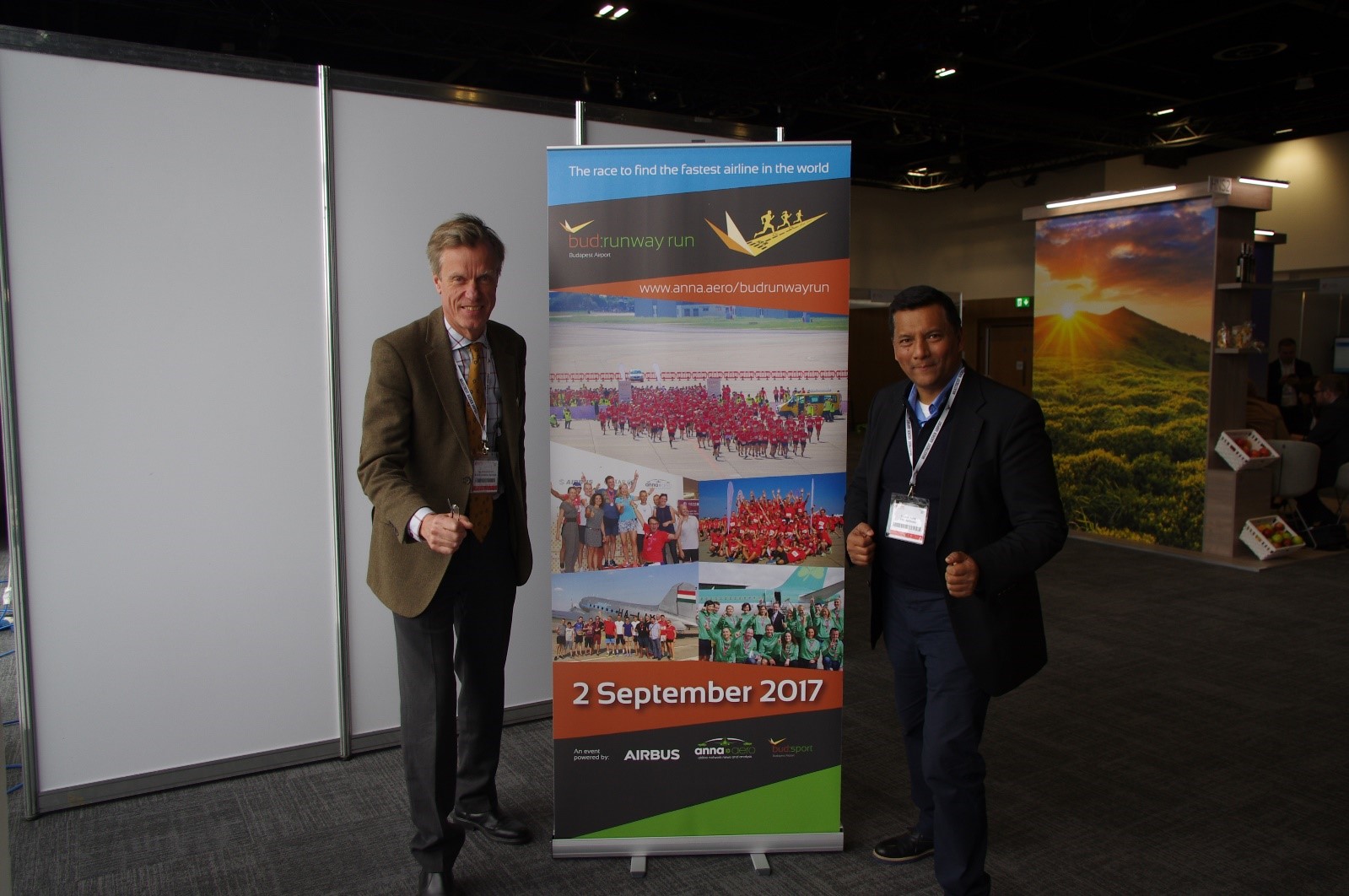 Dag Waldenstrom, VP Fleet Development, H-Bird Aviation Services is happy to support PTL Airlines’ CEO Suresh Patel’s goal to become the next ‘Fastest Airline CEO’ from the sidelines. With this year’s run hosting a children’s race, Patel’s eight-year-old daughter could be giving her Dad a run for his money. 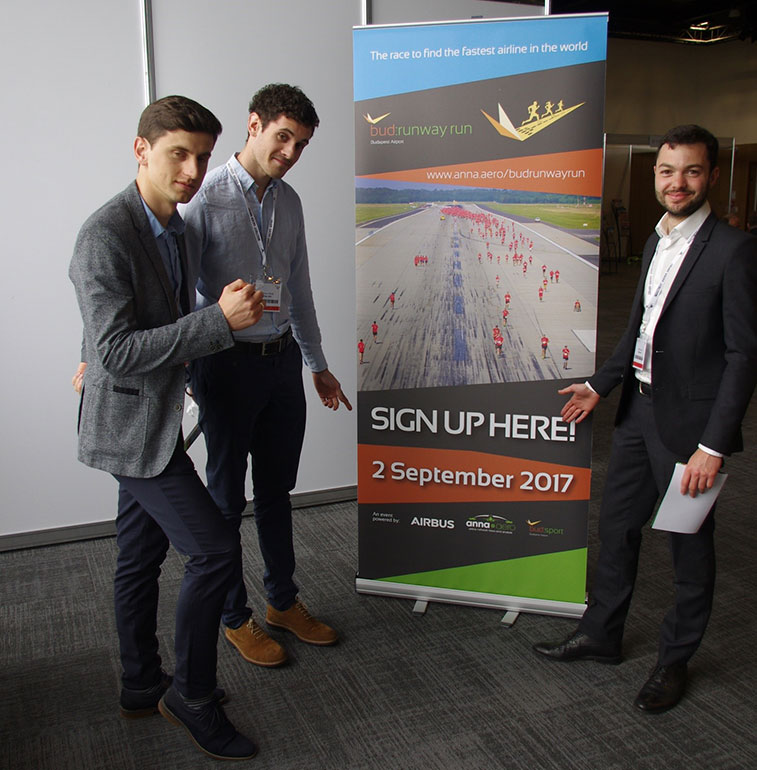 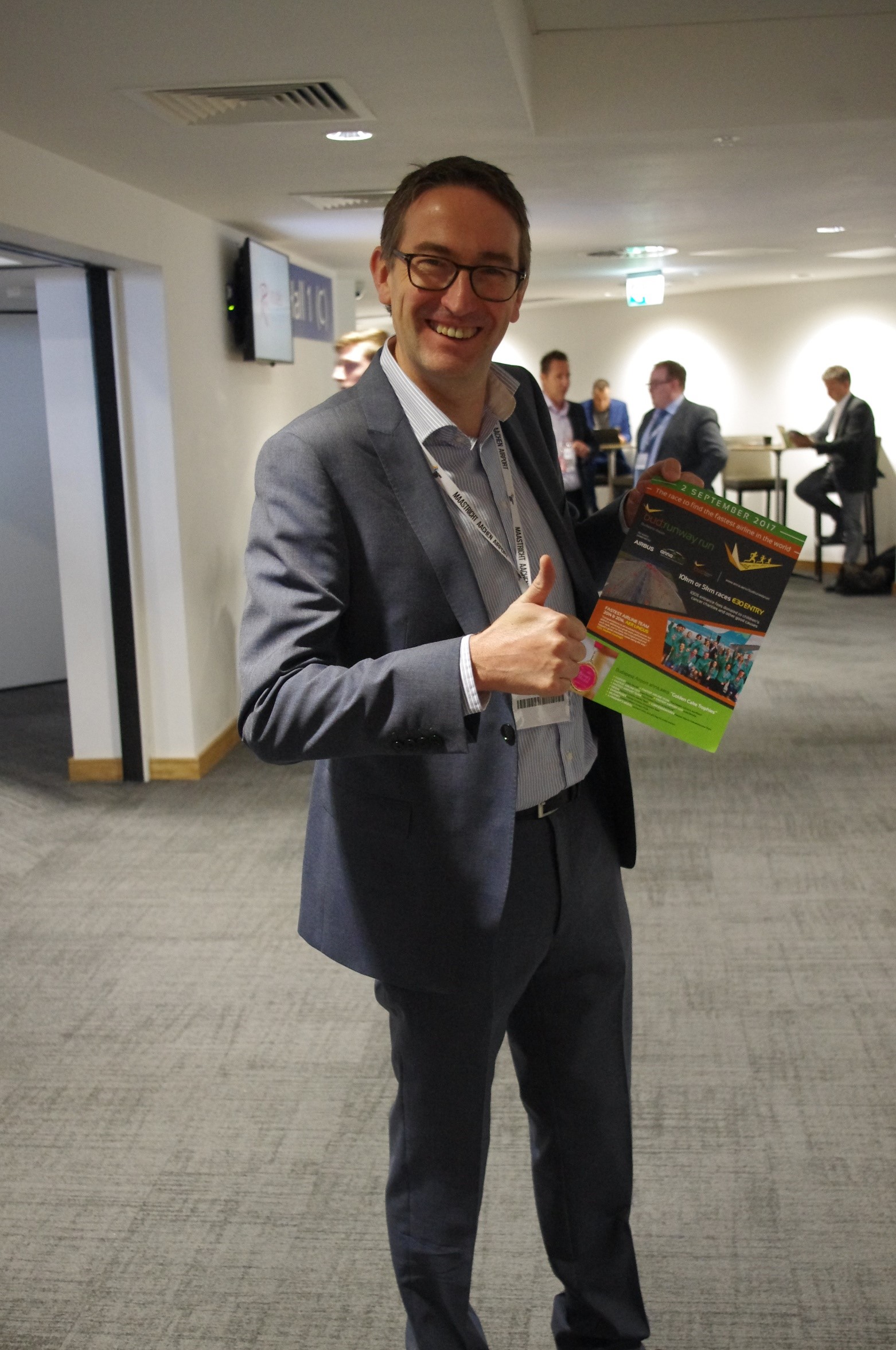 Used to running marathon distances, Manchester Airport’s Aviation Director Julian Carr will be using this year’s Budapest Airport-anna.aero as training for the Dublin Marathon in October. Finishing last year’s Edinburgh Marathon in 4 hours 1 minute, Carr could be in with a chance of knocking the current ‘Fastest Airport in the World’ Wroclaw Airport off the podium…he just needs to find some teammates.

Budapest Airport-anna.aero trophies 2016 are awarded for: