Riga Airport welcomed its 60 millionth passenger since the restoration of independence in Latvia on 19 April, with the lucky passenger, Curt Almquist, being greeted off his airBatlic flight from Stockholm Arlanda by Uldis Augulis, Latvia’s Minister for Transport. “The aviation industry is among those sectors, which year-by-year make Latvia more visible on the world map. It plays a major role in economic development in today’s global economy. Since the restoration of the country’s independence, we have reached the threshold of 60 million passengers, which demonstrates that we have taken ambitious steps towards growth of the airport. Consequently, I can safely assure you that today we can single out and appreciate the airport as one of the success stories of Latvia to be proud of,” said Augulis. Brussels Airport celebrated the start of Brussels Airlines’ link to Mumbai on 24 April, a route that was launched on 30 March. The route is flown by the airline five times weekly on its fleet of A330-200s and -300s. Seen cutting the superb cake that the Belgian capital airport had commissioned to welcome the return of non-stop scheduled flights to India are: Pieter De Crem, Belgium’s Secretary of State for Foreign Trade; Bernard Gustin, CEO Brussels Airlines; and Arnaud Feist, CEO Brussels Airport. 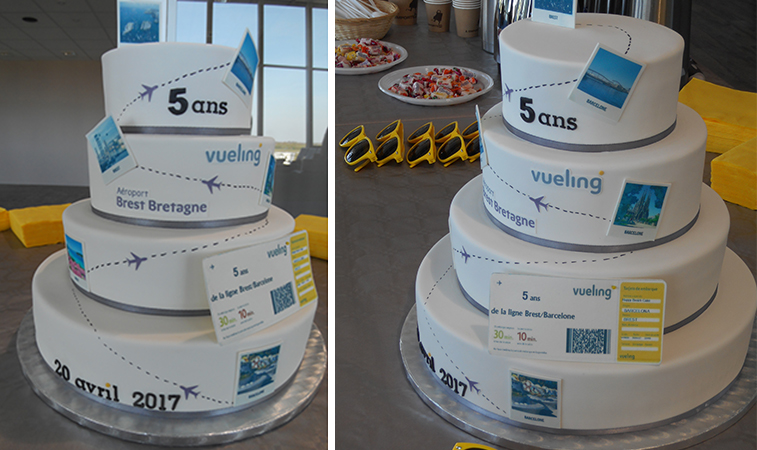 Vueling on 20 April celebrated its five-year anniversary of flights from Brest. Having launched flights to the airport on 25 March 2012 with a twice-weekly service from Barcelona, Vueling has grown to now operate three weekly flights on its seasonal service from the Spanish city. The 943-kilometre sector is operated by the airline’s fleet of A320s. St. Petersburg on 20 April celebrated the return of summer seasonal flights by Korean Air from Seoul Incheon, while on 24 April it welcomed the frequency increase of Finnair flights from Helsinki, a route operated by Norra on its mixed fleet of ATRs. Flights from the South Korean capital will be flown five times weekly on 276-seat A330-300s, while Finnair now operates 20 weekly flights between Helsinki and St. Petersburg, up from a twice-daily service. 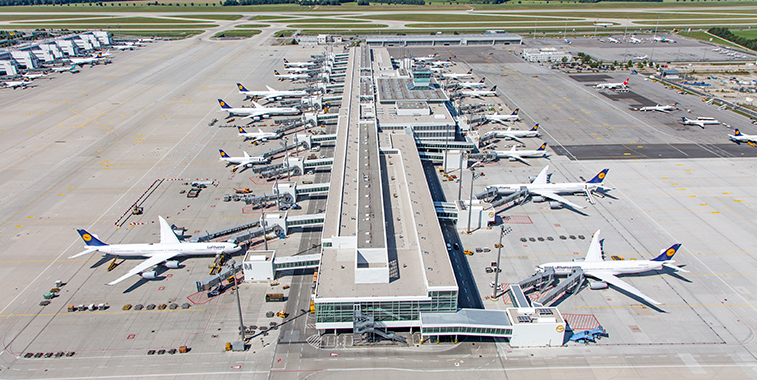 26 April marked the one-year anniversary of the opening of Munich Airport’s Terminal 2 satellite building. Since opening in 2016, the facility has welcomed over nine million passengers and handled more than 74,000 flights. The satellite terminal is a continuation of the successful joint venture between Munich Airport and Lufthansa. It has increased the capacity of Terminal 2, which is used by Lufthansa and its Star Alliance partners, by 11 million to 36 million passengers per year.