Blue Air’s base launch at Constanta On 27 April Blue Air opened its newest base – Constanta. Among those at the base opening was Blue Air CCO Tudor Constantinescu. The airport also baked a cake to mark its new connections to Paris Beauvais and Rome Fiumicino with the carrier, while more routes from the Romanian coastal resort will be launched in the coming weeks. 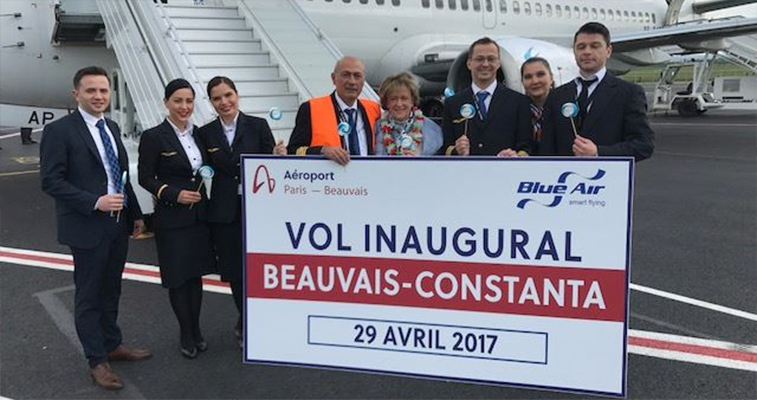 Celebrations were also had at Paris Beauvais on 29 April to welcome the arrival of Blue Air’s new route from Constanta. The 2,070-kilometre sector will be flown by the carrier twice-weekly (Wednesdays and Saturdays). Blue Air also serves the French airport from Bucharest and Iasi.