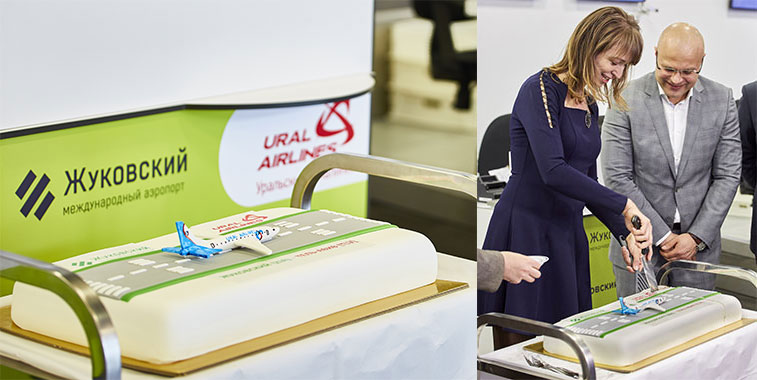 Ural Airlines launched three times weekly services between Moscow Zhukovsky and Tel Aviv on 26 April. Kseniya Kobiakova, the Head of the Ministry of Tourism of Israel in Russia and CIS, and Ramport Aero CEO Tomas Vaisvila were called upon to perform the cake-cutting honours. Apparently the load factor of the first flight was 96%. Commencing on 1 May, Ural Airlines began its seventh non-stop destination from Sochi/Adler, the 454-kilometre international service to the capital of Georgia, Tbilisi. Cutting the cake were: Oksana Alataeva, Head of Department Aeronautical Commerce Sochi/Adler Airport (right) and the first passenger on the inaugural flight (left).