It was a cake-tastic week for Jet2.com, with some fabulous baking from its UK bases – like this one from East Midlands heralding the start of the LCC’s flights to Split, which launched on 30 April – as well as some from its Spanish operations. 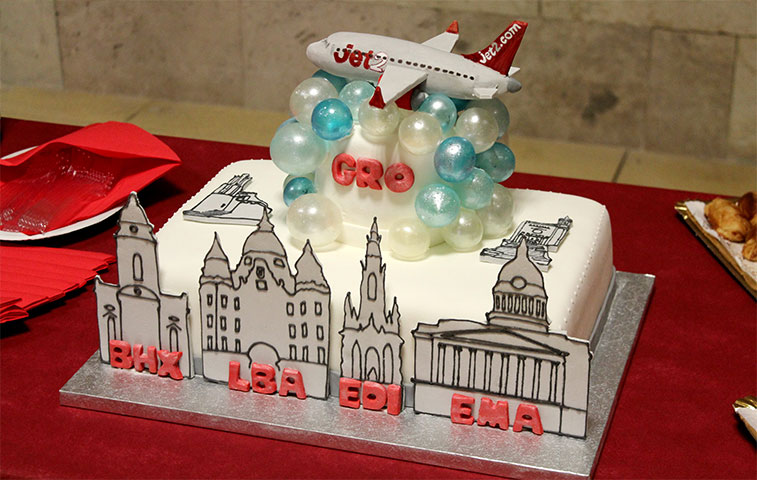 In Girona, this spectacular cake was created to mark the start of not one, but four new routes from the airline’s UK bases – those being Birmingham, East Midlands, Edinburgh and Leeds Bradford. All will be flown twice-weekly and all will face competition from Ryanair. Further down the Spanish coast, the celebrations continued in Almeria, and again with a new route cake as the centrepiece. However, this time it was baked for three new services, from Edinburgh, Leeds Bradford and Manchester. Using a heavily-biased towards London theme, a cake was also prepared at Reus for the start of Jet2.com’s services from its latest UK bases in Birmingham and London Stansted. In the middle of this picture cutting the cake was Reus Airport Director Vincent Pallarés.