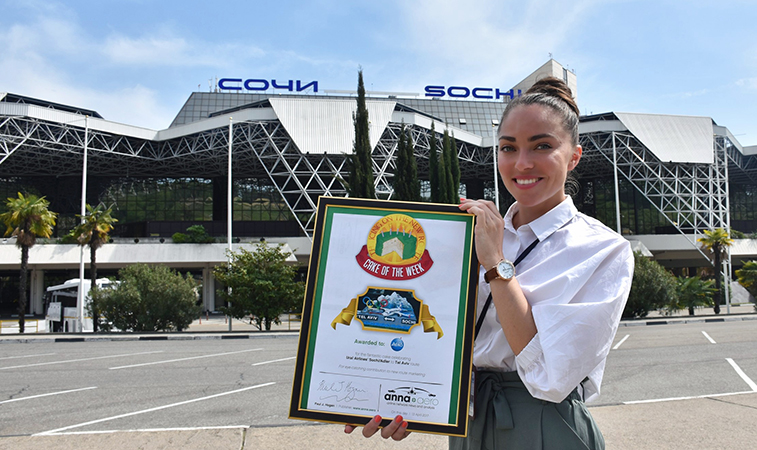 This week Sochi/Adler Airport celebrated its anna.aero Cake of the Week win, a title given to the airport for the fantastic cake it presented at the launch of Ural Airlines’ new service to Tel Aviv. Seen posing with the airport’s award outside of the terminal is Olga Kuzmina PR Manager Sochi/Adler Airport. 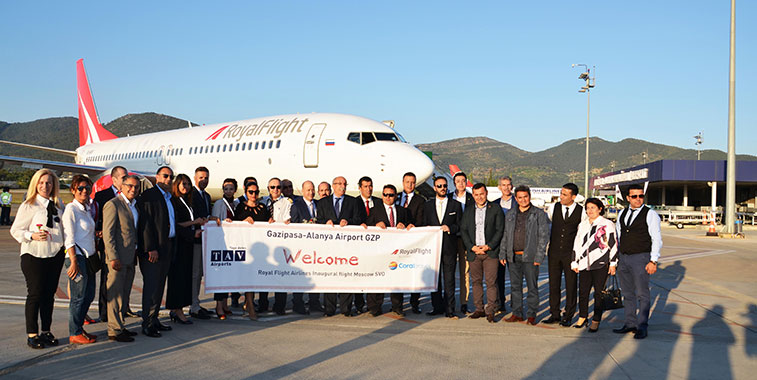 On 27 April Gazipaşa-Alanya Airport in Turkey welcomed its first charter flights from Moscow Sheremetyevo operated by Royal Flight with its 737-800s. The first flight operated with a full load of 189 passengers. ODEON Tours Ground Handling Services Acting General Manager in Turkey Ozan Somaklar stated: “As of today, daily flights will be launched from Moscow and 1,300 passengers per week will be landing at Gazipaşa Airport for a month. We expect this number to be doubled to 2,600 after we double the number of flights. We will also start to launch flights from St. Petersburg as from May 27th; so ODEON Tours will be welcoming three flights of Royal Flight per week at Gazipaşa Airport. All in all, our goal is to host and send off 55,000 passengers here in Gazipaşa thanks to the operations which will continue till October”.