airBaltic expands in the UK, Switzerland and Norway Geneva Airport welcomed the arrival of its latest airline with the classic route launch celebrations of a cake and a ribbon cutting. Seen conducting the cutting of the cake are: Irīna Piļipenko, Area Sales Manager, airBaltic; Corine Moinat, Chairwoman of the Board of Directors, Geneva Airport; and André Schneider, CEO, Geneva Airport. Pilipenko and Moinat also had the honour of cutting the ribbon to officially open the new airBaltic service from Riga. An official group photo was then taken on the apron, with Pilipenko, Moinat and Schneider being joined at the aircraft by Manuel Schärrer, Sales Manager Switzerland, airBaltic, and the inaugural flight crew. 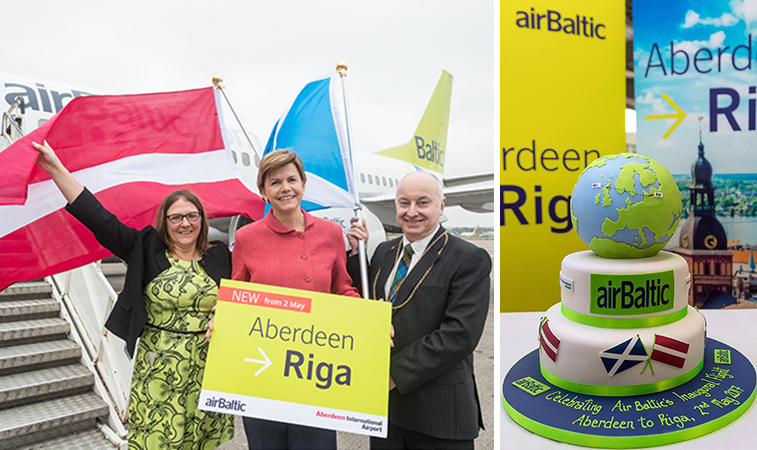 Aberdeen welcomed the return of airBaltic on 2 May, with it having last served the UK airport in September 2014. Seen welcoming the carrier back to Aberdeen after a three-year hiatus are: Carol Benzie, MD Aberdeen Airport; Baiba Braze, Latvian Ambassador to the UK; and George Adam, Lord Provost Aberdeen. A stunning route launch cake was also baked. 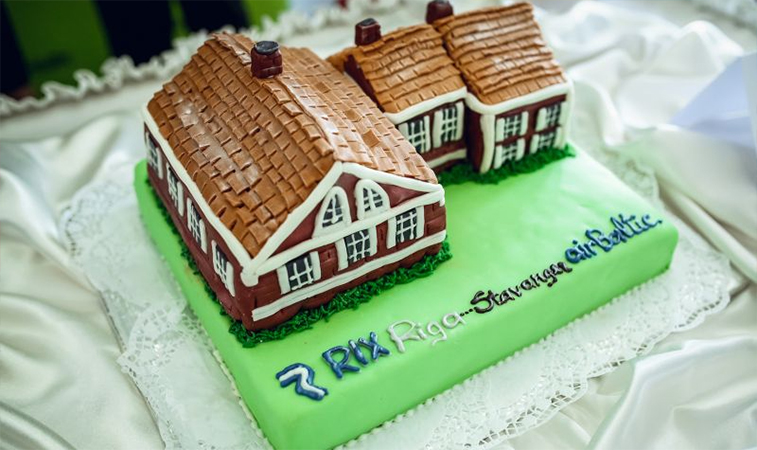 Riga Airport celebrated with this cake the start of airBaltic’s new route to Stavanger. The 1,101-kilometre sector will be flown on the airline’s Q400s three times weekly. The airline already serves Oslo Gardermoen in Norway from Riga. 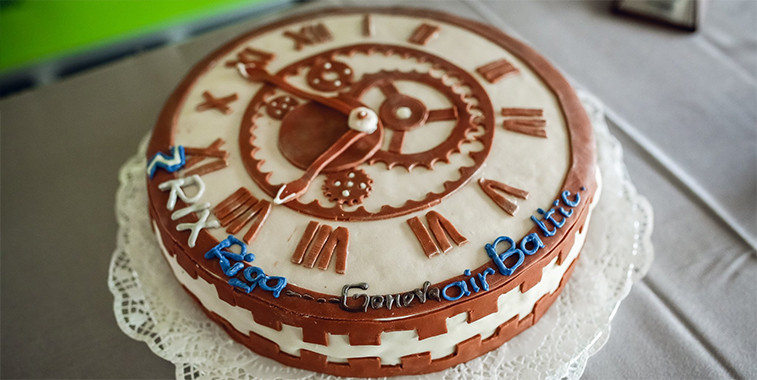 Riga Airport also baked a cake to celebrate the start of airBaltic flights to Geneva. The 1,703-kilometre sector will be flown three times weekly, with Geneva becoming the carrier’s second destination in Switzerland after Zurich.