Las Vegas is second biggest airport for Spirit Airlines; 21 destinations served this summer; going head-to-head with Southwest on 15 of them 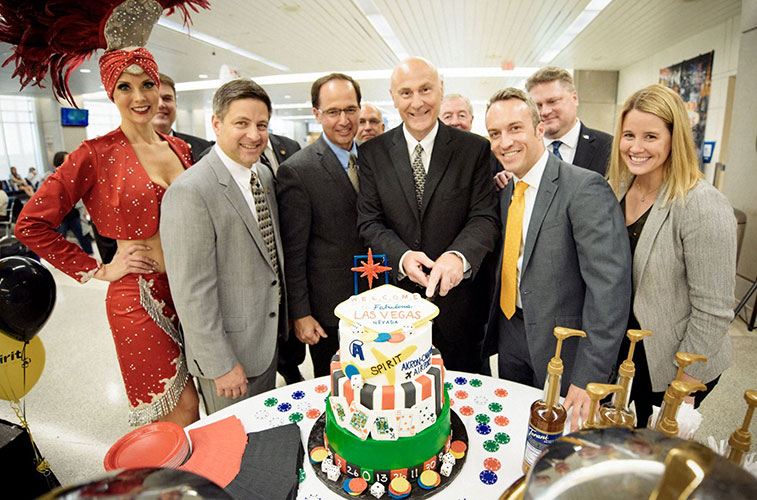 Spirit Airlines will be serving 21 destinations from its Las Vegas base this summer. All routes are served at least daily. The most recent route addition was Akron/Canton in Ohio. Service between the two airports began on 27 April 2017. Another new daily service to Pittsburgh is set to launch on 22 June.

Spirit Airlines is currently the seventh largest carrier in the US domestic market with a 3% share of seat capacity for S17 according to anna.aero’s analysis of OAG schedule data. Clearly not as big as American Airlines, Delta Air Lines, Southwest Airlines and United Airlines, the ULCC is also ranked behind Alaska Airlines (4.6%) and JetBlue Airways (4.0%), but is bigger than its fellow ULCCs Frontier Airlines (2.0%) and Allegiant Air (1.34%).

This summer the carrier will serve 61 airports of which 36 are in the US. However, ranked by flights only one of the airline’s top 30 airports is outside of the US, Cancún, which is ranked 30th. While Fort Lauderdale in Florida is easily the airline’s biggest base of operations, the battle for second place on the airline’s network is much closer. The airport currently claiming that position is Las Vegas, with the ULCC offering 231 weekly departures across 21 routes this summer, with all routes served at least daily. 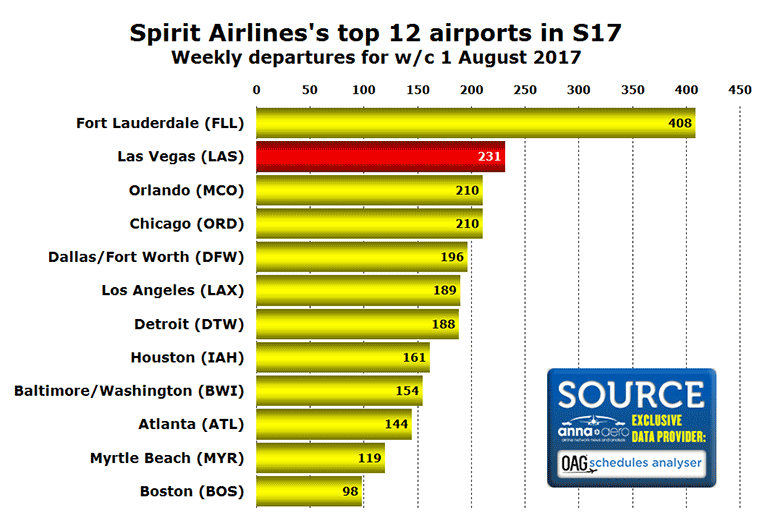 While Southwest is the dominant carrier in Las Vegas, responsible for over 40% of seat capacity this summer, Spirit is one of four airlines with between 7% and 10%. 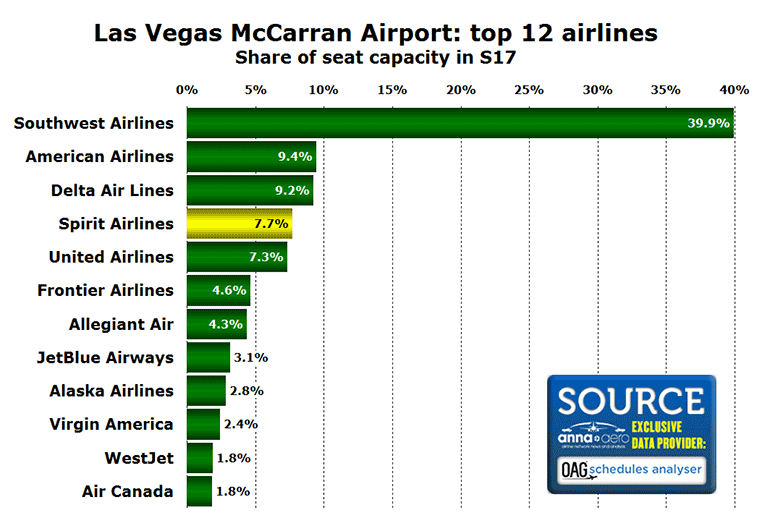 Until November 2010 Spirit only offered two routes from Las Vegas, from its base in Detroit and Fort Lauderdale. Since then it has launched 21 further routes from the Nevada airport, of which only two, Latrobe and Phoenix-Mesa, are not still operating this summer. Seattle-Tacoma was added in April 2016, while Akron/Canton in Ohio launched on 27 April. The next new route, Pittsburgh, is set to start in 22 June. Southwest competes head-to-head on 15 of the 21 routes this summer. 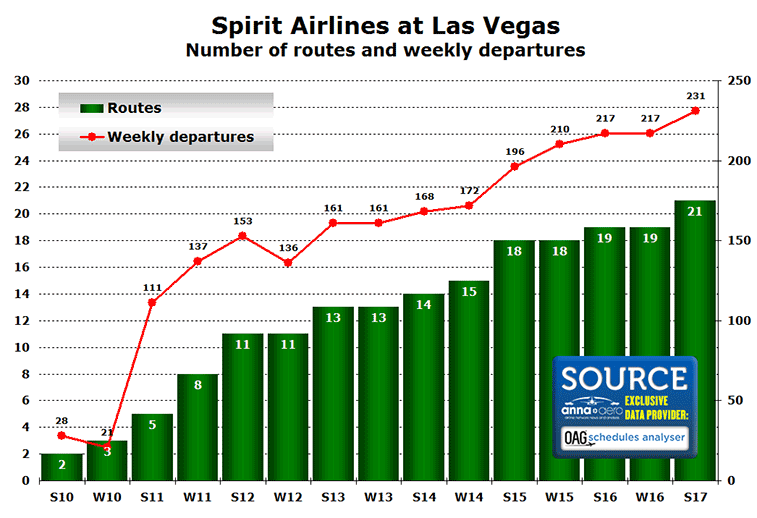 Given the airline’s reputation for ultra-low fares, anna.aero conducted a quick survey of the airline’s lowest “bare fares” across its Las Vegas network for the week starting Saturday 6 May. The figures shown are the one-way fares from Las Vegas to each of the 20 destinations currently served non-stop. The two daily flights to San Diego on Sunday appear to have sold out early as there was no seat availability that day.

Taking a simple mathematical average across all routes the cheapest days for air travel are Tuesdays, Wednesdays and somewhat surprisingly, Fridays. One-way fares of between $40 and $50 were found on several routes at less than one week’s notice, although nearly all of these were on routes of less than 2,000 kilometres. The exception was the airline’s newest route from Las Vegas, to Akron/Canton in Ohio, a sector length of almost 3,000 kilometres.

If the sector length and the average fare across the week are plotted, the Akron/Canton route is the point that falls most below the trend line which is consistent with it being the newest route. The points that lie highest above the trend line are Detroit and Portland, suggesting that these may be the airline’s most profitable routes at this time of year from Las Vegas.

By adding in various optional extras such as hold bags, assigned seating, flight flexibility and airport check-in, anna.aero was able to run up a bill of close to $800 for a return flight to Philadelphia departing on Sunday 7 May and returning on Thursday 11 May. This confirms that even ULCCs regularly charge high fares for short notice travel.