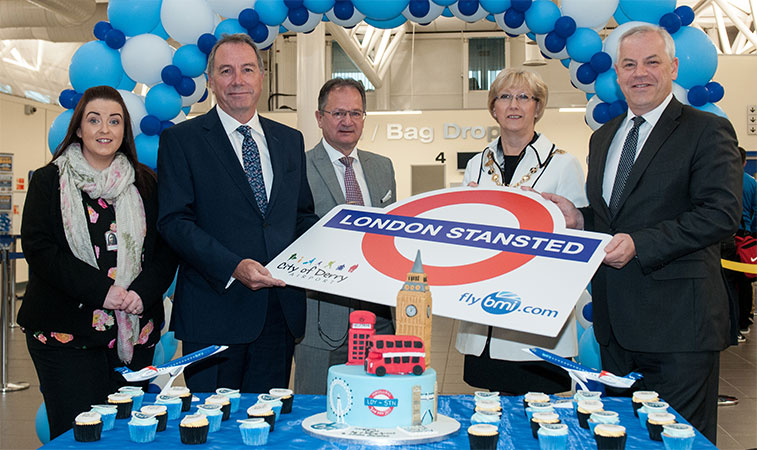 In Northern Ireland, bmi regional passengers arriving on the first inbound flight and the connecting outbound flight between Derry and London Stansted were treated to cake and coffee to celebrate the launch. 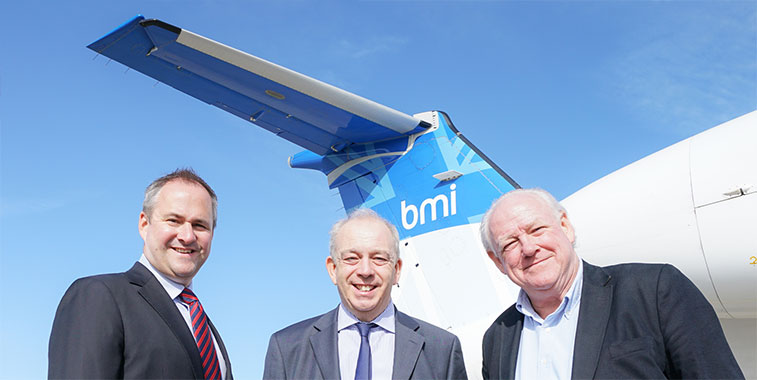 An hour or so later in London, Martin Jones from London Stansted Airport, Clive Coleman from Regional & City Airports and Ian Woodley from bmi regional posed in front of the inaugural aircraft at the other end of the PSO route from Derry which will be operated 13 times weekly. Over in Gothenburg, the airport’s marketing department is running the risk of alienating half of the city of Birmingham (and perhaps half of the potential passengers), with no Aston Villa FC (the city’s ‘other’ football team) badge on the cake baked to celebrate bmi regional’s new service from the UK city. The more observant of you will also notice the Birmingham City FC badge is for the club’s ladies team as opposed to the one which secured its Championship survival on the last day of the season earlier this week.