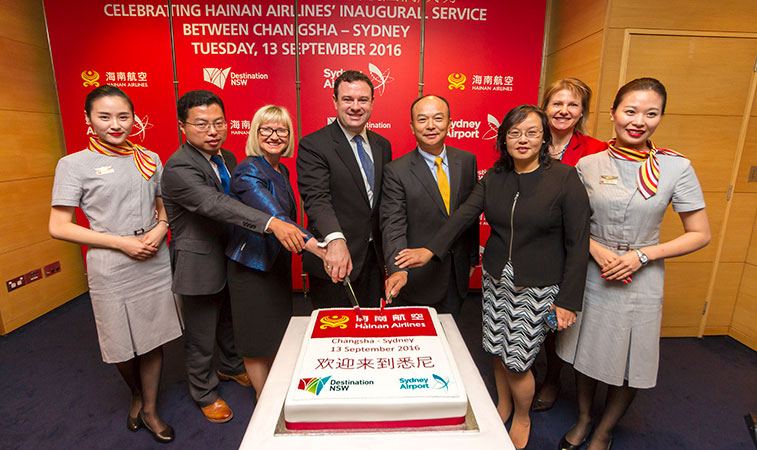 Changsha Huanghua International Airport handled 21.3 million passengers in 2016 according to CAAC statistics. This was an increase of close to 14% on the previous year and left the airport ranked 13th in China. This was one place higher than in 2015 when it was still ranked below Wuhan Airport which it has now overtaken. Analysis of OAG Schedule Analyser data indicates that international traffic at the airport was around 7% of the total in 2015, increasing to about 9% in 2016.

Since 2007 passenger demand at the airport has grown by an average of over 11% per annum. Last year’s growth of almost 14% was the airport’s fastest increase in traffic since 2010. The year-on-year increase in passenger numbers was almost 2.6 million, the most in the airport’s history. The airport finished building a second runway in 2016, which is expected to become operational during 2017. There are also plans to build a third runway in the medium-term. 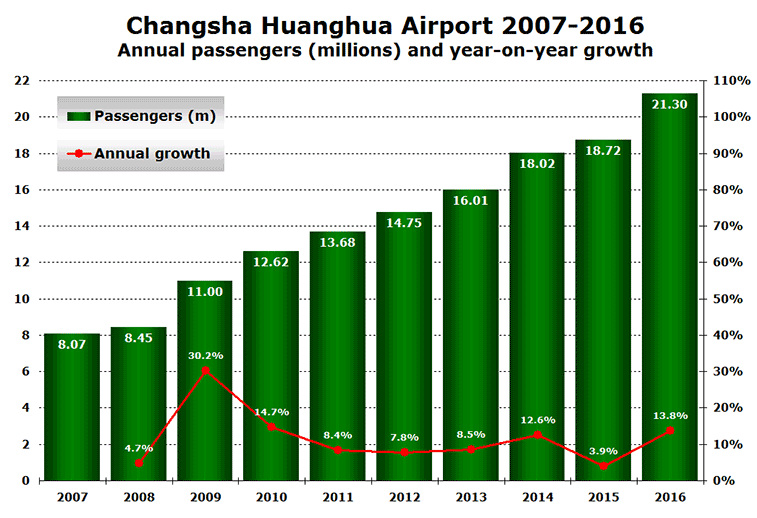 Last year saw the airport welcome a number of new high-profile international services with Hainan Airlines, with the carrier beginning direct flights to Melbourne and Sydney in Australia, as well as Los Angeles in California. 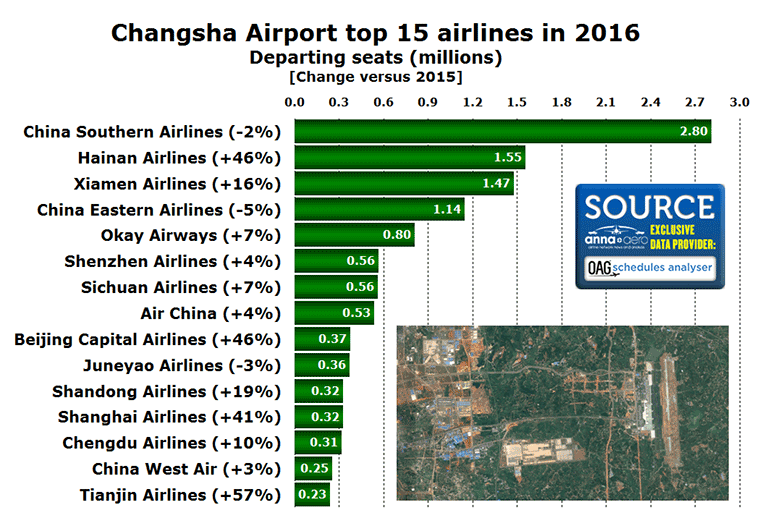 Beijing is #1 Changsha route; high-speed rail may impact some routes in 2017

The busiest route from Changsha is the 1,355-kilometre sector to Beijing. Capacity on the route is provided by Air China, China Southern Airlines, Hainan Airlines and Xiamen Airlines. Between them these four carriers offer 116 weekly flights, equivalent to around 17 flights per day. The fastest-growing domestic route in 2016 was Tianjin, where capacity was up almost 40%. At the end of last year the opening of a new high-speed rail link to Kunming reduced travel time from Changsha from 19 hours to just five. This may have an impact on air travel demand on the 1,099-kilometre route in 2017. As a result Haikou may become the airport’s second busiest route in 2017. 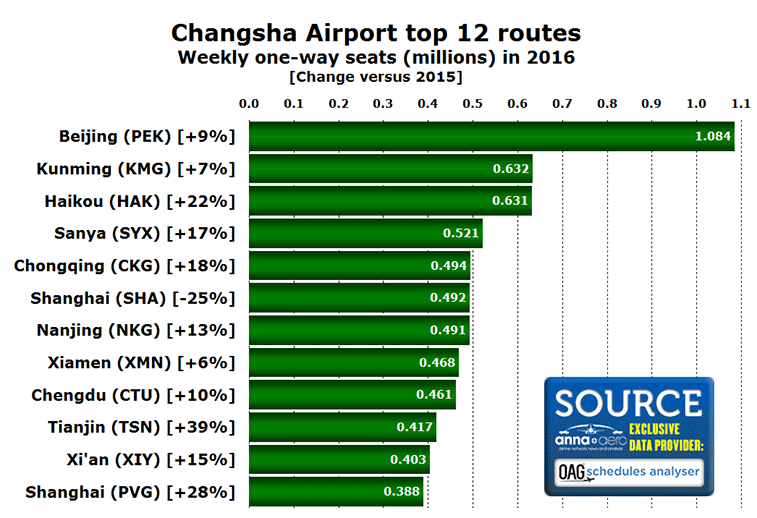 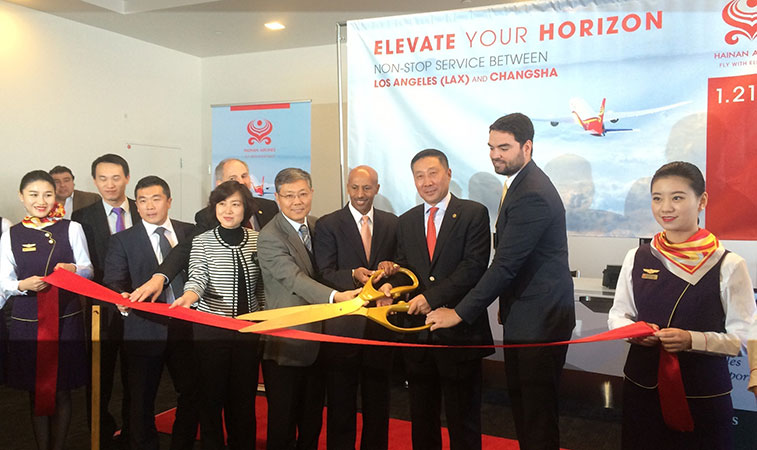 On 21 January 2016 Hainan Airlines celebrated the launch of the first non-stop service between Changsha and an airport in North America. Los Angeles was the lucky destination with the Chinese carrier offering twice-weekly (Mondays and Thursdays) flights using its 787s.