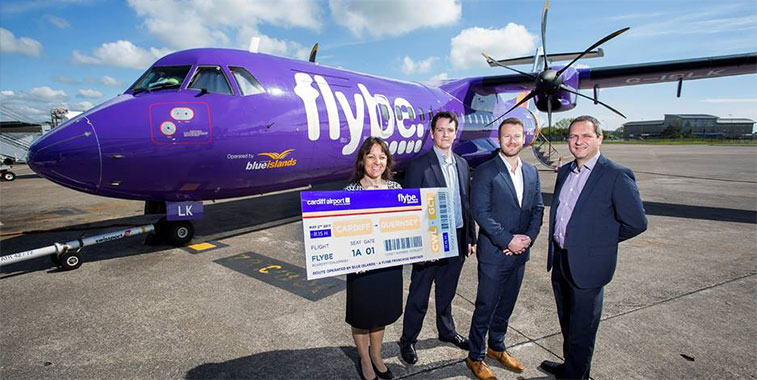 On 2 May, Flybe started a three times weekly connection from Guernsey to Cardiff. The ATR 72-flown, summer seasonal sector will be operated until 30 September.