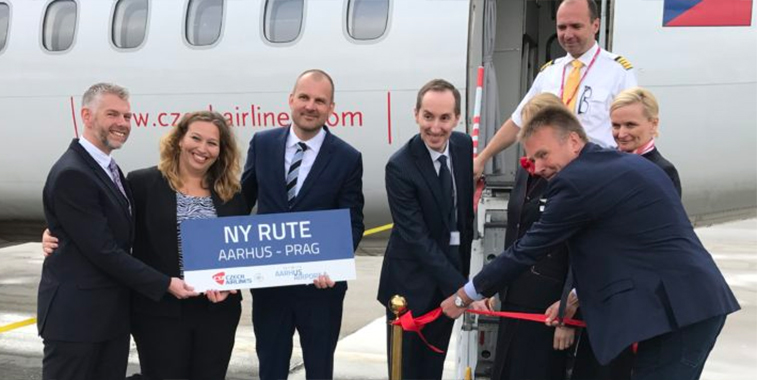 A ribbon cutting ceremony was held at Aarhus Airport on 11 May, officially opening Czech Airlines’ new service from Prague. Among those taking part in the celebrations on the apron at Aarhus were: David Surley, Head of Airline Relations, Aarhus Airport (left); Peter Høgsberg, CEO Aarhus Airport (third-left); Jiri Brodsky, Czech Ambassador to the Kingdom of Denmark (second-right); and Claus Wistoft, Mayor of Syddjurs Municipality (right), along with part of the first flight crew. Facing no direct competition, the 729-kilometre route will be flown four times weekly.