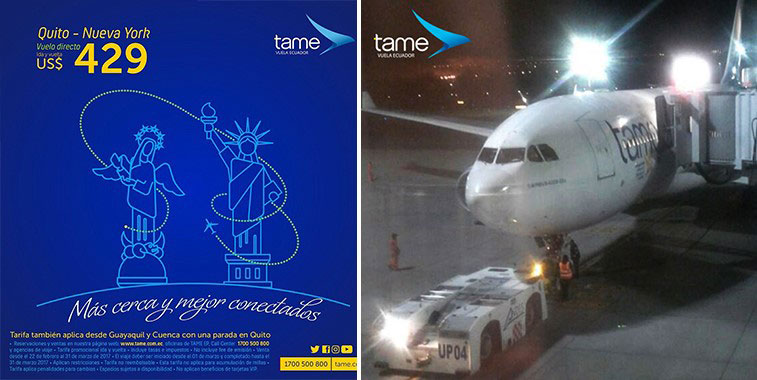 On 1 March 2017, tame adjusted its US schedule once more by shifting its daily New York JFK service from Guayaquil back to Quito, the airline’s main hub. The route is operated by the only wide-body aircraft in the airline’s fleet, an A330-200. Apart from New York, tame also serves Fort Lauderdale in the US, as well as other international destinations such as Bogota, Cali, Caracas and Lima in South America.

Nestled on the western coast of South America between Colombia (to the north) and Peru (to the south and east), Ecuador suffered a major earthquake in April 2016 which significantly impacted demand for air travel. According to OAG data, tame, the country’s flag carrier, which had already been cutting capacity before the earthquake, has reduced year-on-year capacity by around 20% for the last year. In the second half of 2017, the year-on-year reduction will be between 10% and 15%. Incidentally, the Ecuadorian capital will be the host for Routes Americas 2018, between 13-15 February next year. 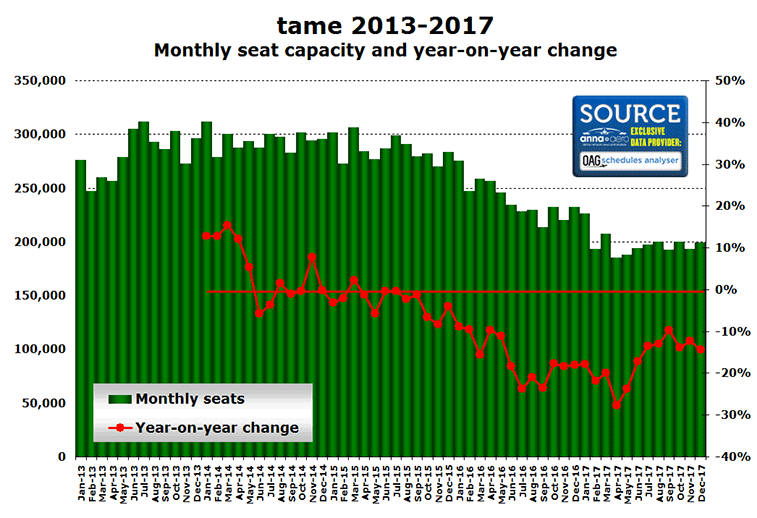 The airline currently operates a fleet of 15 aircraft; one A330-200, four A320s, three A319s, three E190s and three ATR 42s. The government is currently seeking an investor for the airline, partly as a means to raise money to help with the cost of rebuilding infrastructure after last year’s earthquake.

tame remains the biggest airline in Ecuador based on our analysis of OAG data. However, capacity was cut last year by 15%. Despite this, its closest rivals Avianca and LATAM, still have significantly smaller operations in Ecuador. In 2016 tame accounted for 39% of flights from airports in Ecuador and 34% of seat capacity. The corresponding figures for 2015 were 45% and 39% respectively. 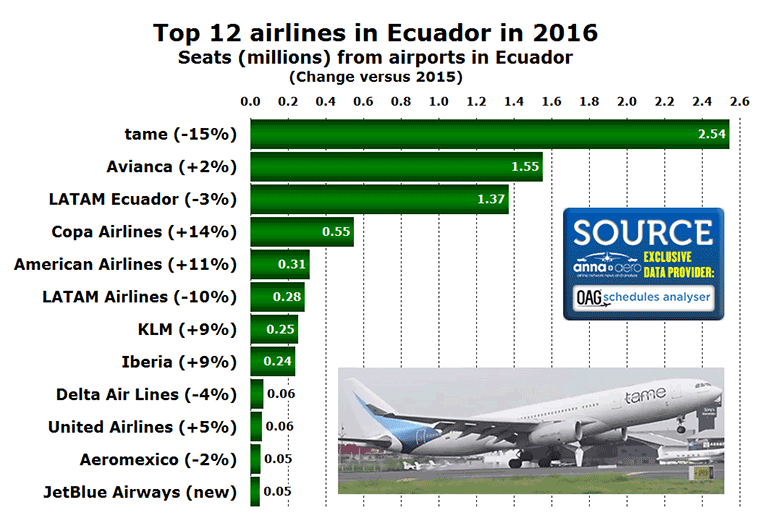 Busiest route is between Quito and Guayaquil; JFK #1 for ASKs

tame’s busiest route in terms of weekly seat capacity is the 282-kilometre sector between Quito and Guayaquil, which is served with over 50 weekly flights each way. The airline’s daily service to New York JFK, operated by the carrier’s sole A330, ranks second by seats. However, in terms of Available Seat Kilometres (ASKs) the JFK route is over four times bigger than the Guayaquil route with the airline’s other US route, from Guayaquil to Fort Lauderdale, ranking third. The fourth ranked route by ASKs is from Guayaquil to Baltra Island (also known as Seymour Airport), which is one of the islands comprising the Galapagos Islands. These lie around 1,000 kilometres west of Ecuador. 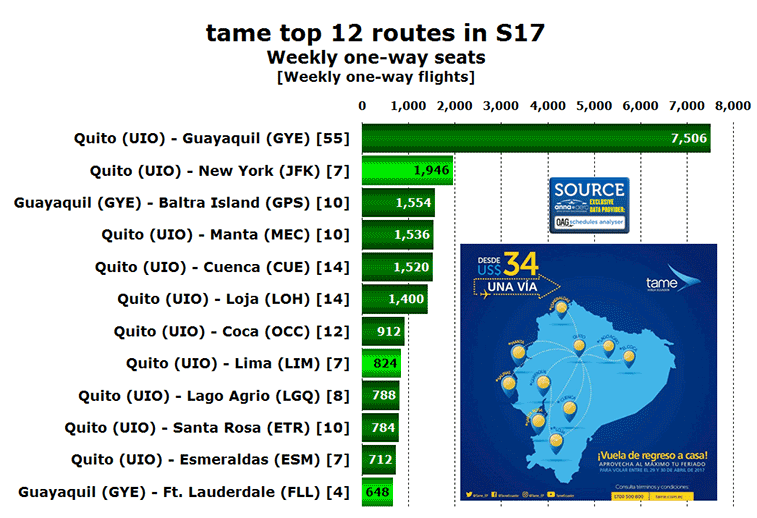 Of the airline’s top 12 routes by seats, three are international flights (shown in bright green). Apart from its two US destinations and Lima in Peru, tame also operates international links to Bogota and Cali in Colombia, as well as Caracas in Venezuela.