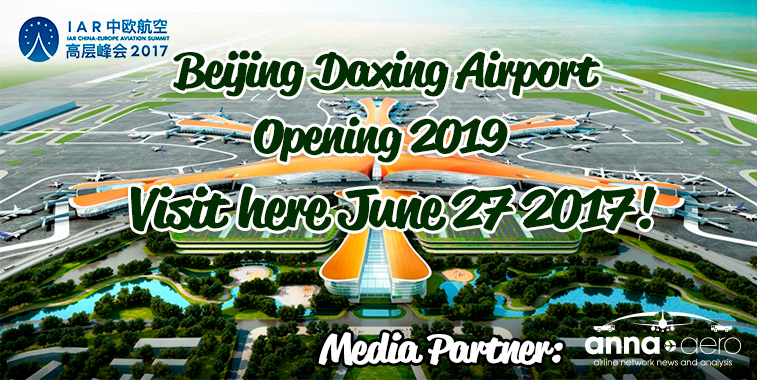 Forging ahead: The all-new $11 billion Beijing Daxing Airport, the next largest airport in the world. You can visit for yourself on 27 June, and be briefed first-hand by the Presidents of Beijing Capital Airports Co and Air China, along with AirAsia’s Tony Fernandes in the anna.aero-backed 1st China–Europe Aviation Summit 2017. See below or click here.

International capacity from Chinese airports grew by almost 18% in the summer of 2016 (S16) when compared with S15, based on anna.aero analysis of OAG schedules data. This followed growth in the previous years of almost 14% (S15 versus S14) and almost 12% (S14 versus S13). Further evidence of impressive growth last year comes from CAAC, which reported that Chinese airlines saw their international passengers surge by just under 23% in 2016. However, schedule data for S17 suggests that things are not looking anything like as good this summer.

Since last October year-on-year capacity growth on international routes from China has fallen below 10%. Even more alarming, capacity growth across S17 (April to October) is averaging just under 3%, the slowest rate of growth seen since capacity fell by almost 7% in the summer of 2009 following the global financial crisis of 2008. 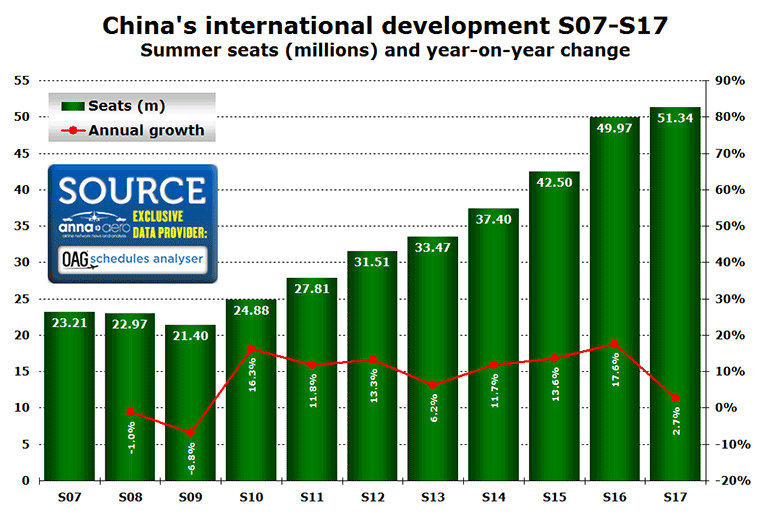 Looking at the currently available data by country market reveals the main problem. Three of the top five country markets (South Korea, Taiwan and Thailand) have seen capacity reductions (shown in red), one (Hong Kong) is basically flat, while the other (Japan) is growing by just 1%. Given that these five country markets account for 52% of all international seat capacity and that between them capacity is down 9%, there are clearly many smaller country markets that are reporting impressive growth. The downtown in what was last summer’s #1 country market (South Korea) can be explained by the Chinese government’s reaction to South Korea installing the US-supplied THAAD (Terminal High Altitude Area Defense) anti-missile system. As a result it has made travel between the two countries much harder and South Korea falls from first to fourth as Japan jumps to #1 despite capacity growing by a meagre 1%. 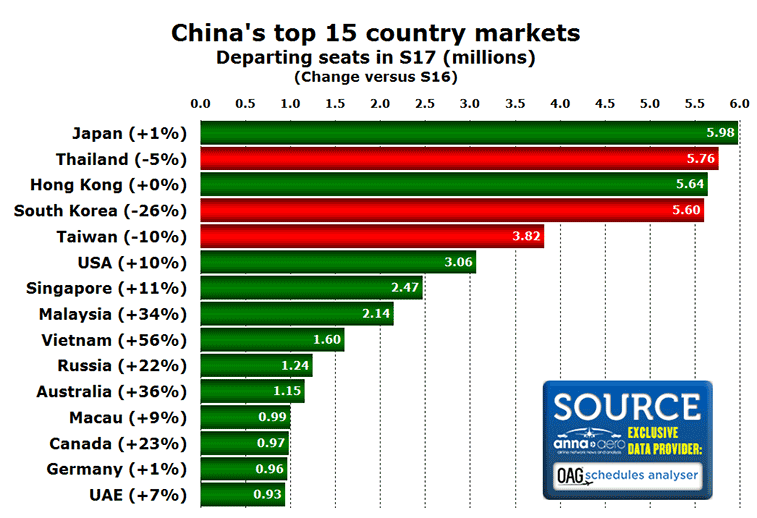 With overall growth of just under 3%, all of China’s big three carriers are reporting modest international capacity growth this summer of between 2% and 5%. However, five of the six non-Chinese carriers (shown in bright green) in the top 15 are all showing declines in capacity with only Cathay Dragon showing modest growth (of just 1%). In contrast some of the other Chinese carriers are growing international capacity fast; Hainan Airlines by 51%, Xiamen Airlines by 27% and Shanghai Airlines by 14%. 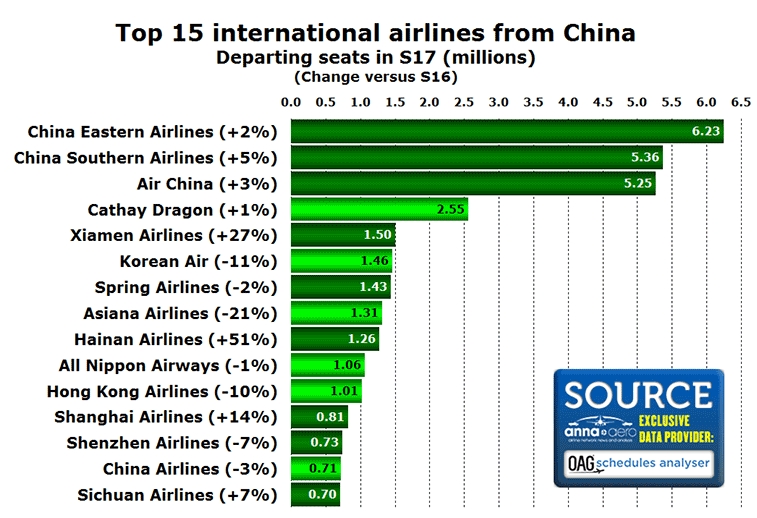 Outside of the top 15 carriers some foreign airlines are expanding rapidly; AirAsia X has grown Chinese capacity since last summer by 49%, Garuda Indonesia by 41% and Vietnam Airlines by 31%. However, TransAsia Airways has ceased operating since last summer while Thai AirAsia’s capacity is down 17% and Japan Airlines’ has fallen by 8%. 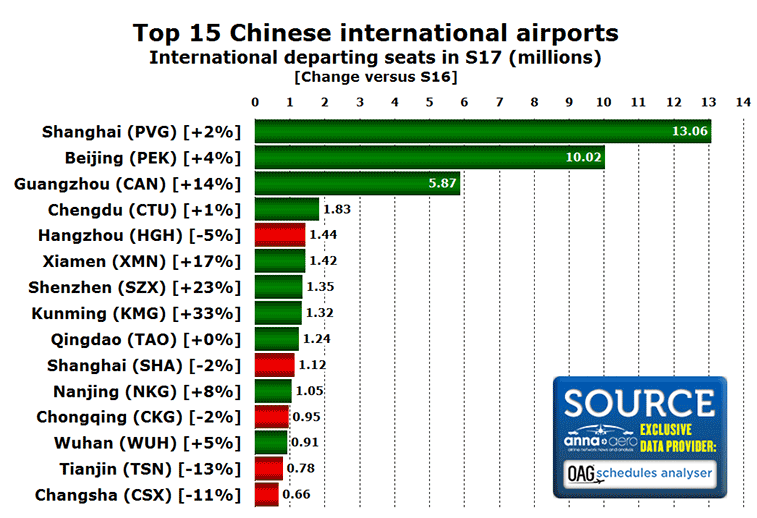 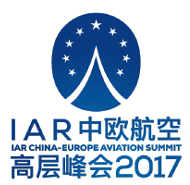 Alibaba Group (turnover of $485 billion) and travel subsidiary Fliggy invites delegates to its corporate offices in Hangzhou to share knowledge with airports, airlines and other stakeholders of how Chinese travellers plans and books their travel.