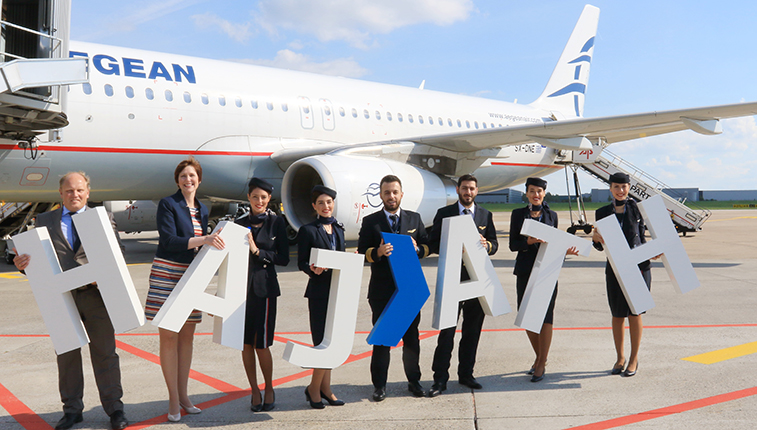 On 20 May Aegean Airlines commenced flights between Athens and Hannover, with the latter airport celebrating the arrival of its latest Star Alliance member with a photo shoot on the apron. Seen posing with the first flight crew are Roger Niermann, Head of Sales at Hannover Airport and Silke Bergemann, Senior Key Account Manager Germany from Aegean Airlines. The Greek carrier will operate the 1,954-kilometre sector twice-weekly (Wednesdays and Saturdays) on A320s.