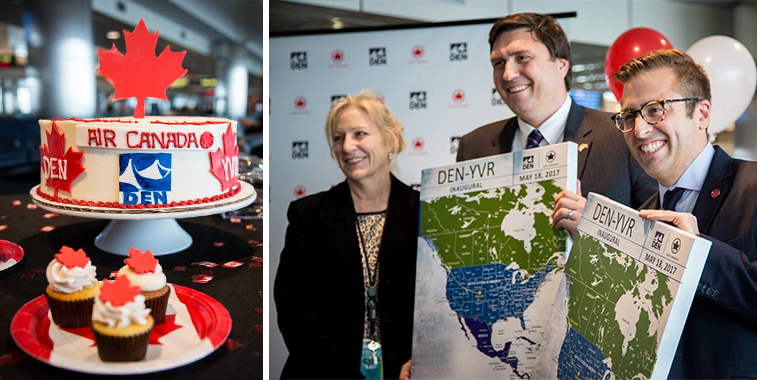 On 18 May Air Canada begun twice-daily flights between Vancouver and Denver. To celebrate, the Colorado airport baked a maple leaf-themed cake. Seen celebrating the new route in Denver are: Kim Day, CEO Denver Airport; Maxime Therien, Consul and Trade Commissioner at Consulate General of Canada in Denver; and Vincent Gauthier-Doré, Director Business Development – US, Air Canada. The route between the two cities is already served by United Airlines.