airberlin links movie capital of the world to German capital 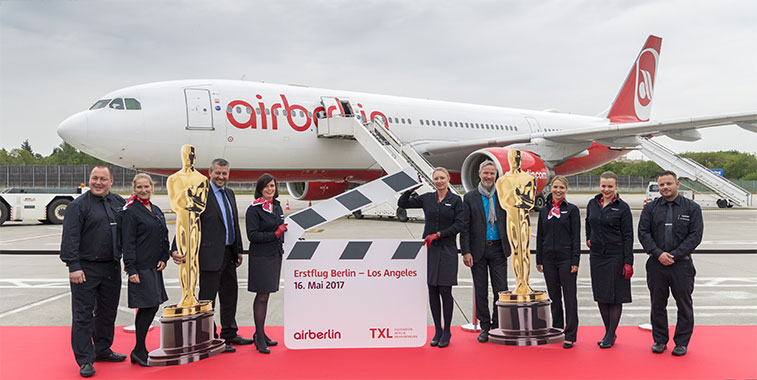 airberlin Hub Manager Ibrahim Gülcan (left) and Andreas Ley, Senior Consultant, Airline Marketing Berlin Brandenburg (right), together with the airline’s cabin crew on 16 May in Berlin Tegel, mark the start of services to the movie capital of the world Los Angeles. The beginning of S17 saw the connection between Tegel and New York JFK reinforced and Miami is also now offered five times a week from the German capital’s main airport.