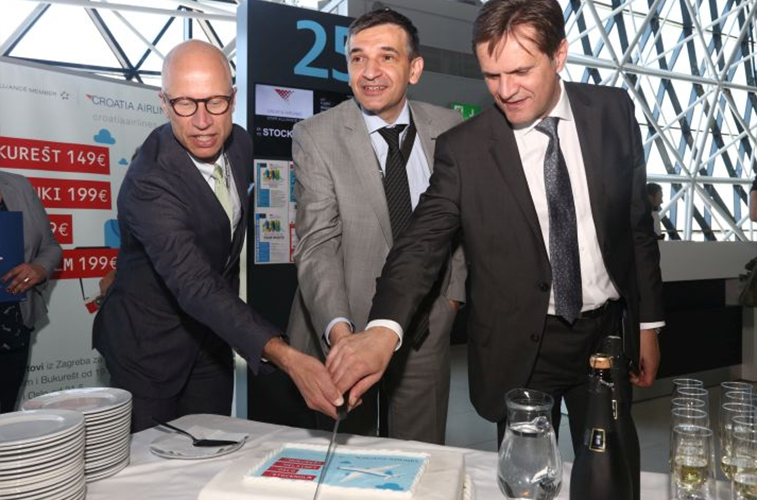 Seen cutting the cake in Zagreb, officially opening Croatia Airlines’ new route to Stockholm Arlanda are: Lars Schmidt, the Ambassador of Sweden in the Republic of Croatia; David Gabelica, Member of the Management Board, Zagreb Airport; and Krešimir Vlašić, ‎Quality, Safety and Security Manager at Croatia Airlines. The airline has also begun flights from the Croatian capital to Bucharest, Helsinki and Oslo Gardermoen this week. 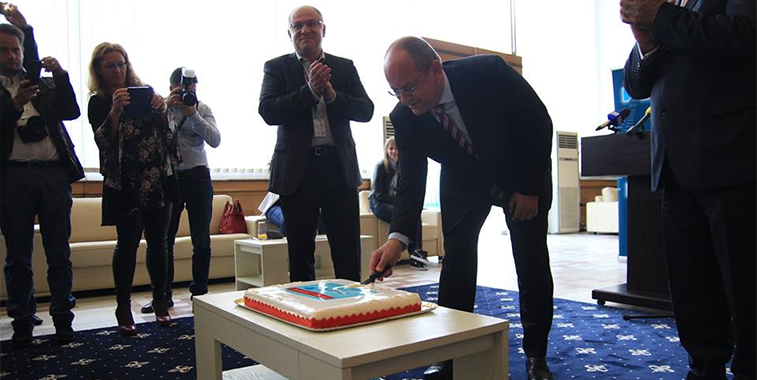 Seen cutting the cake in Bucharest, baked to welcome the arrival of the Romanian airport’s latest carrier is Kresimir Kucko, President and CEO of Croatia Airlines. The 795-kilometre link from Zagreb will be flown on Q400s. 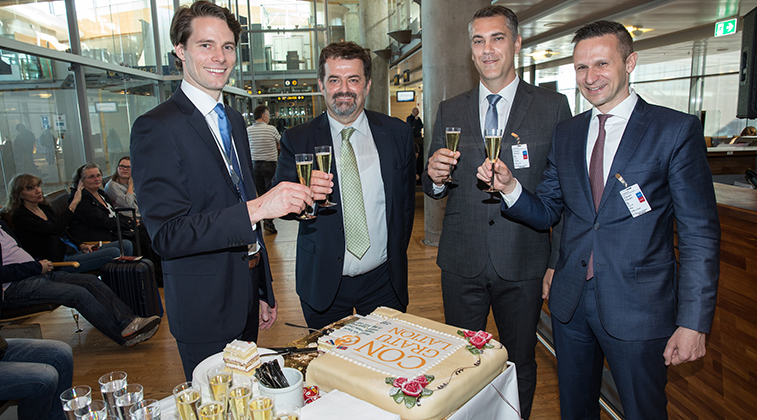 A cake was also made at Oslo Gardermoen to welcome the arrival of Croatia Airlines’ new service from Zagreb. The Croatia to Norway capital connection will be flown by the Star Alliance member three times weekly. 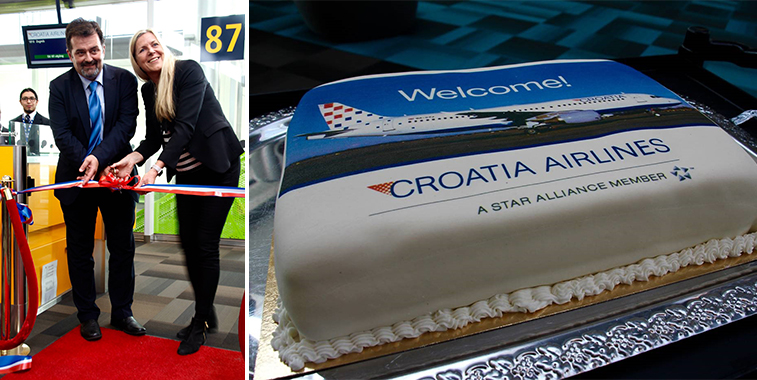 A ribbon cutting and cake were the highlights of celebrations at Stockholm Arlanda on 19 May. The 1,553-kilometre sector from Zagreb will be served by Croatia Airlines three times weekly on CRJ 1000s.