Cake and a ribbon cutting, two of the key ingredients needed to celebrate a route launch. Cleveland Airport chose to go with a Safari-themed cake to toast the start of flights to San Diego, with the Californian city being home to one of the most famous zoos in the world, housing over 3,700 animals of more than 650 species and subspecies. Seen cutting the ribbon in Cleveland are Richard Oliver, Corporate Communications, Frontier Airlines and Robert Kennedy, Cleveland Airport Director. Both were then joined by Frontier Airlines staff and Todd Payne, Chief of Marketing and Air Service Development, Cleveland Airport, for a cake cutting photo. Frontier Airlines will serve the route four times weekly. 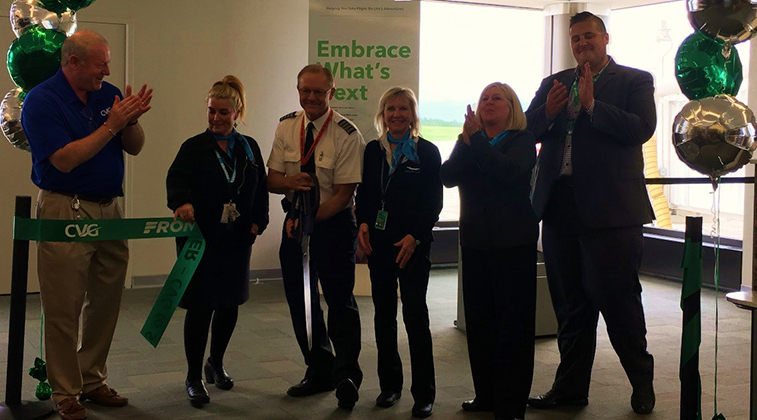 A ribbon cutting was also conducted at Cincinnati Airport to officially open Frontier Airlines’ new service to San Diego. The carrier will operate the 2,993-kilometre route three times weekly on its fleet of A320s.