Wizz Air welcomes Frankfurt and Osijek to its network On 19 May Wizz Air stationed a second A320 at its base in Belgrade, allowing the carrier to this week open new routes to Friedrichshafen, Hannover, Malta and Nuremberg. Seen highlighting the new routes in the Serbian capital are Miodrag Mirkovic, Commercial and Marketing Director, Belgrade Airport and Sorina Ratz, Corporate Communications Manager at Wizz Air. The airport also baked a cake for the occasion which highlights the new routes and the basing of the second aircraft. In total Wizz Air now serves 15 routes from Belgrade on 38 weekly flights. 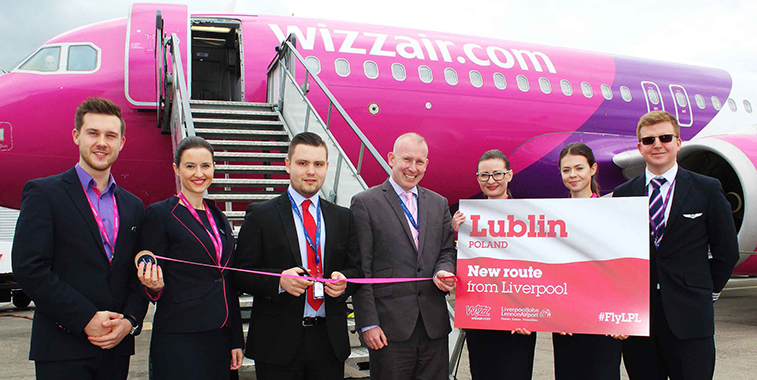 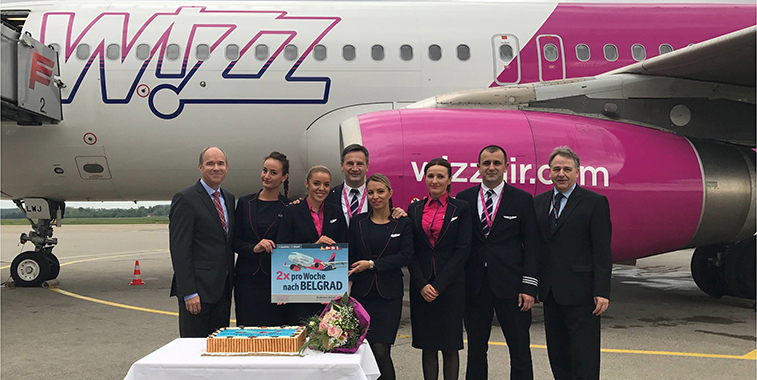 Friedrichshafen Airport celebrated with a cake the start of Wizz Air flights from Belgrade on 19 May, the airline’s third route to the airport after Skopje and Tuzla. Seen posing for the celebratory photo of the airport’s apron, along with the crew are the airport’s MD Claus-Dieter Wehr and Head of Marketing & Communications Andreas Humer-Hager. 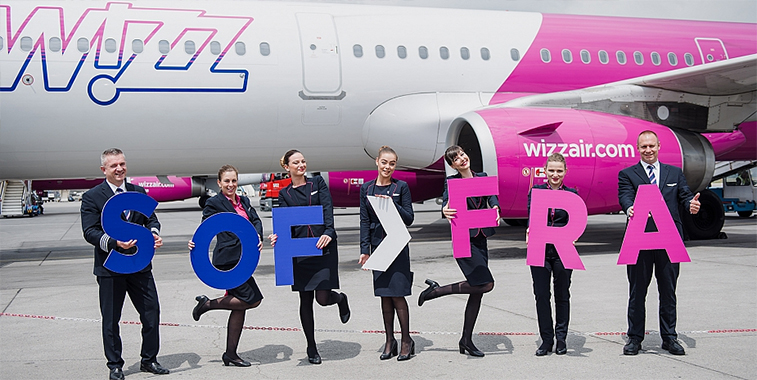 Wizz Air celebrated the start of flights to Frankfurt on 22 May, with the crew highlighting the new service at the Bulgarian airport. The 1,295-kilometre route will be served daily, with the carrier going head-to-head with Lufthansa and Bulgaria Air which already operate the sector. Flights to Frankfurt from Budapest will begin in December. 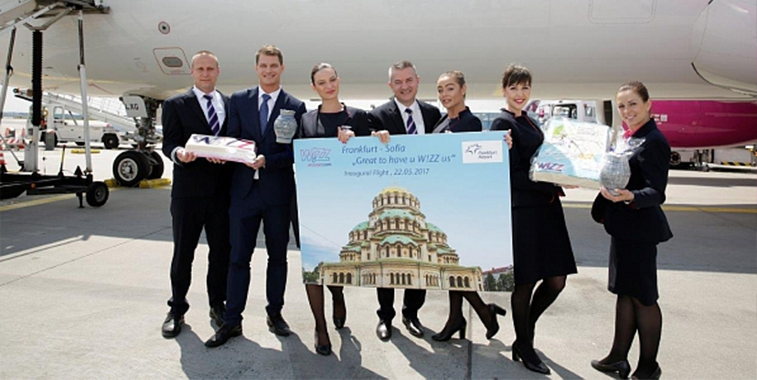 The first Wizz Air flight to Frankfurt was also celebrated at the German end of the route, with the crew being joined on the apron by Gabor Vasarhelyi, Corporate Communications Manager at Wizz Air (second-left). The German airport had also baked two cakes to welcome its newest airline which will operate the route from Sofia on its A321s. 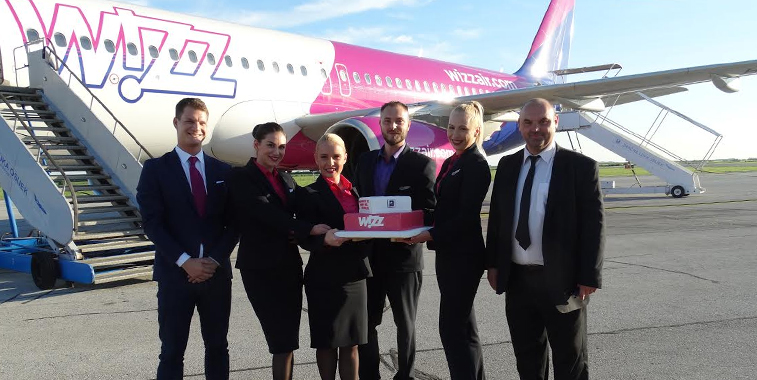 Along with Frankfurt, another new route on Wizz Air’s network this week was Osijek, with the Croatian airport having baked a cake to welcome its newest airline. Among those celebrating the route with the cabin crew on the inaugural flight from Basel were Gabor Vasarhelyi, Corporate Communications Manager at Wizz Air and Domagoj Marinić, Director of Osijek Airport. Wizz Air will operate the 893-kilometre link from the Swiss city twice-weekly (Mondays and Fridays). 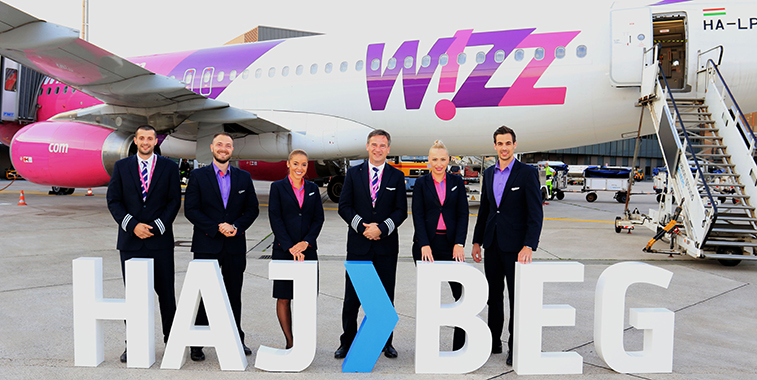 Hannover Airport welcomed the arrival of Wizz Air’s first flight from Belgrade on 20 May. The 1,149-kilometre route will be served by the airline twice-weekly (Tuesdays and Saturdays). With this launch, Wizz Air now operates five routes to Hannover, with Belgrade joining Bucharest, Budapest, Kiev Zhulyany and Skopje. 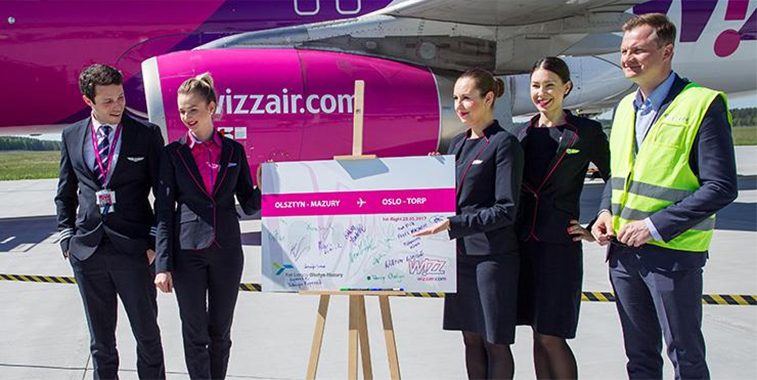 Wizz Air opened a new route between Oslo Torp and Olsztyn-Mazury on 20 May. Seen posing with the crew on the apron at the Polish airport is Marcin Kuchciński, Chairman of the Olsztyn Civic Platform. Flights on the 912-kilometre sector will be flown by the ULCC twice-weekly. The airline also links Olsztyn-Mazury with London Luton.