Airlines celebrate their wins in the seventh annual US ANNIES 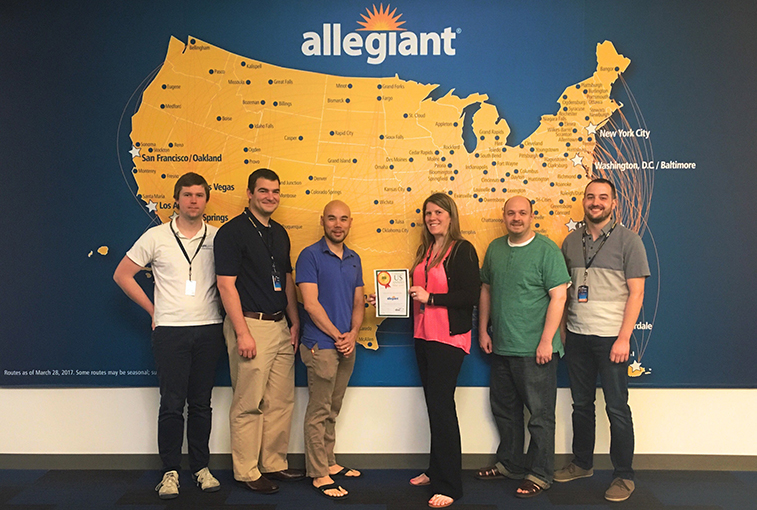 The award season starts at anna.aero this week, with the seventh annual US ANNIES, one of the three annual prize-giving ceremonies we conduct each year (the others being Asian and Euro ANNIES). The US airline industry has changed considerably over the past 12 months, including the commencement of the first scheduled flights in over 50 years between the US and Cuba, while the year ahead looks even more interesting with the multiple changes being seen in the macroeconomic environment. But for now it is back to the awards, probably more awaited by the world’s airport and airline industry than the Skytrax awards, as anna.aero’s data elves dig deep into the data to reveal the winners in four airline categories this week. The US airport awards will follow next week.

The US ANNIES are based on science, statistics and evidence rather than people’s opinions (and votes). Using OAG schedules data for May 2017 compared with May 2016 across over 630 US airports, our team of data elves have pored over the figures and we think we have come up with a more transparent way of rewarding airlines and airports that have achieved notable route and traffic related success in the US over the last 12 months. We at anna.aero love to reward the hard work that airline network planners put in to make sure that new ventures are chosen correctly and prove to be successful. 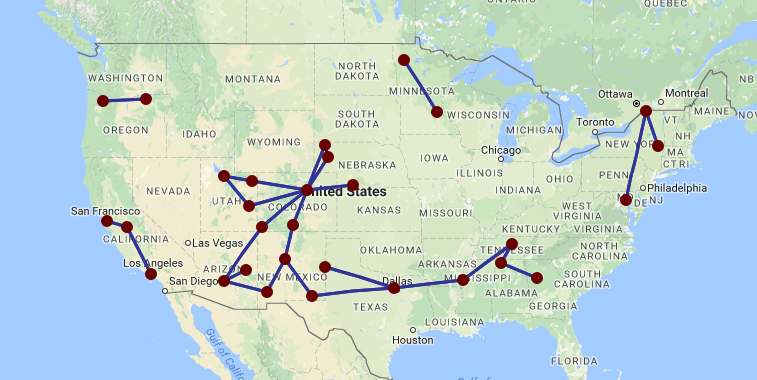 Could this be the most unique US airline network? Boutique Air for a second year in a row has won the anna.aero US ANNIES award for being the airline with the biggest increase in airports in its network, with the carrier having added 10 new US airports to its route map during the past year. They are: Alamosa; Albany; Baltimore/Washington; Cortez; Massena; McCook; Minneapolis-St. Paul; Pendleton; Portland; and Thief River Falls.

Like Brazil’s back-to-back wins in the 1958 and 1962 FIFA World Cup, last year’s winner in this category, Boutique Air, has also gained back-to-back titles, again claiming the title for being the carrier to see the biggest increase in the number of US airports in its network. The airline has added 10 new US airports to its network during the past 12 months. They are: Alamosa; Albany; Baltimore/Washington; Cortez; Massena; McCook; Minneapolis-St. Paul; Pendleton; Portland; and Thief River Falls. What is also a winning attribute for the carrier is that it appears to have not dropped services from any airports during the past 12 months. Its biggest hub is Denver, an airport which occupies just under 14% of all of the airline’s seat capacity, up from the 8.8% share it held this time last year. Overall the airline has increased its available monthly seat offering by 53% since May 2016. Boutique Air has fended off strong competition from some of the US’ largest airlines to retain its title, including heavyweights American Airlines and United Airlines which have both added five new airports to their respective networks, along with regional carrier Pen Air which has also added five new airports to its route map. 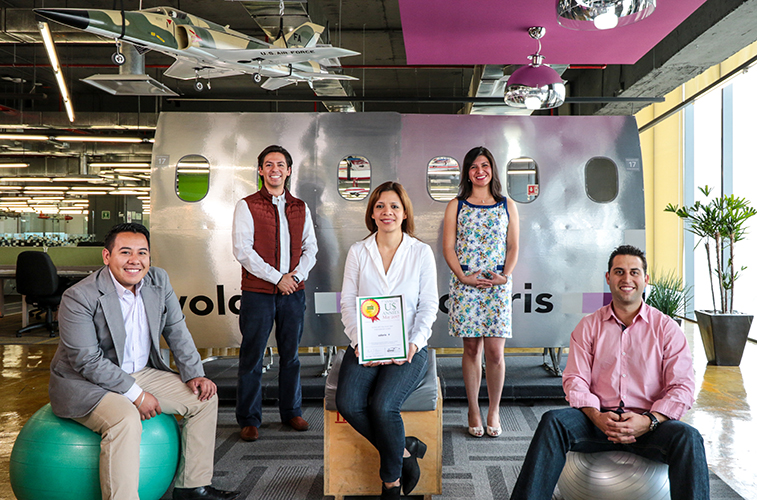 This year’s winner of the airline which has opened the most new international routes to the US is Volaris, with a grand total of 13 new services being launched by the carrier between Mexico and the US during the past 12 months. With its expansion, the carrier now operates some 51 routes between Mexico and the US, with one of its latest launches being between Guadalajara and Milwaukee. In a letter to anna.aero in accepting the award, Holger Blankenstein, CCO of Volaris said: “We were very happy to learn that our airline was awarded this recognition. Volaris’ brand is about bringing family and friends closer together, whether they are living in Mexico or in the United States. We like to think of ourselves as a company that builds bridges between the two neighbour countries. This award truly represents what our brand and our employees stand for.” Volaris has beaten Air Canada to claim the top spot, with the latter having increased its route count between Canada and the US by 11, with it now serving 91 routes on the transborder connection between the two North American nations. With its latest launch happening this week between Vancouver and Denver. 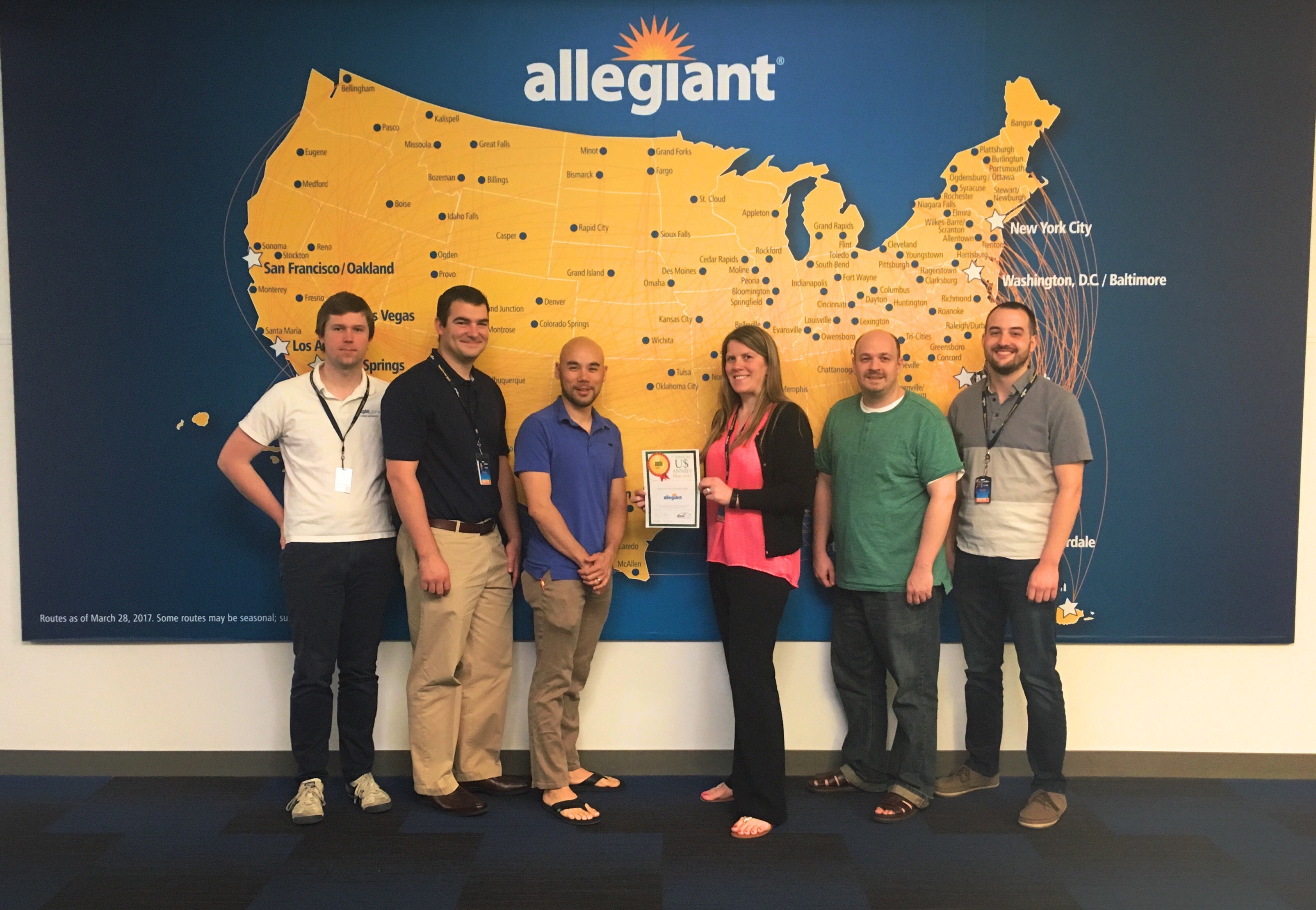 This is the second year in a row that Allegiant Air has won the US ANNIES award for opening the most new routes during the past year, with the ULCC beating Southwest Airlines, winner of this award two years ago, to the title.

By winning the award for opening the most new routes, it means that Allegiant Air has, like Boutique Air, won back-to-back titles in this category. By starting 93 new services during the past 12 months, it has beaten Southwest Airlines, which won this award two years ago, into second place, with it only opening 63 routes. American Airlines rounds-up the top three, with the oneworld member having commenced 50 routes since May 2016. The US ANNIES-winning airline has not stopped with its rapid expansion, with the ULCC this week opening three unique routes. 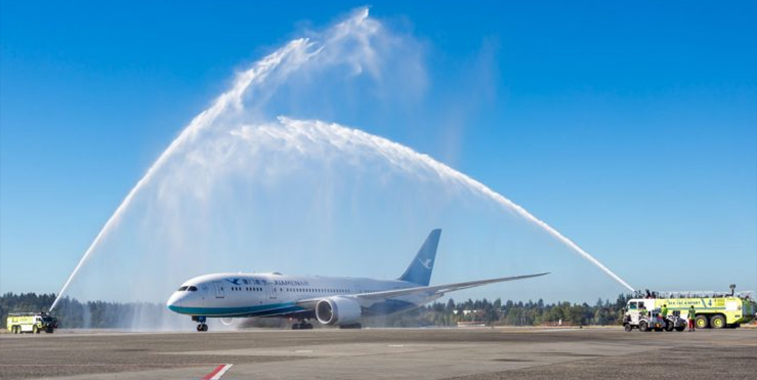 Xiamen Airlines has been named by anna.aero as the ‘Biggest ‘new’ airline in the US market’ for 2017. The Chinese carrier debuted in the US on 26 September 2016 when it commenced a three times weekly service to Seattle-Tacoma from Shenzhen and Xiamen. Since this date it has also added New York JFK to its network with three weekly flights from Fuzhou, a route that it began in February. With these flights, Xiamen Airlines is the biggest new carrier in the US market and its expansion plans on transpacific routes shows no signs of stopping, with the SkyTeam carrier scheduled to begin services to Los Angeles on 27 June in the form of a three times weekly service direct from Xiamen.