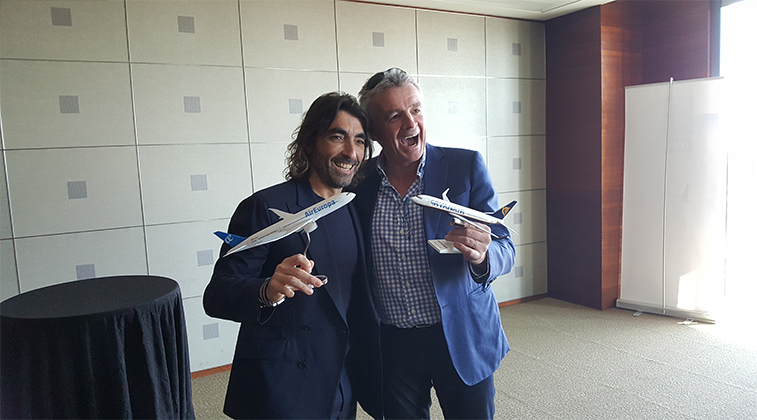 On 23 May Ryanair announced that it had entered partnership with Air Europa, allowing its customers to book Air Europa long-haul flights on its website. It means that passengers can now book flights on 20 long-haul Air Europa routes from Madrid to 16 countries in North, Central and South America, including Argentina, Brazil, Cuba, Mexico and the US. The second phase of the partnership will be launched later this year which will allow Ryanair customers to connect onto Air Europa long-haul flights at Madrid. Currently Ryanair operates from Madrid to 49 destinations according to OAG schedules (w/c 24 May 2017), with its top connections being London Stansted, Rome Ciampino and Palma de Mallorca. Other key European cities the airline serves from the Spanish capital include Birmingham, Copenhagen, Dublin, Hamburg, Krakow, Luxembourg, Manchester, Sofia and Warsaw Modlin. Speaking about the partnership, Globalia Group CEO, Javier Hidalgo, pictured with Ryanair’s CEO Michael O’Leary in Madrid, said: “This partnership with Ryanair gives us great satisfaction, and it puts us at the forefront of business and allows us to strengthen our competitiveness. With this agreement Air Europa doubles its connectivity with the European continent.” 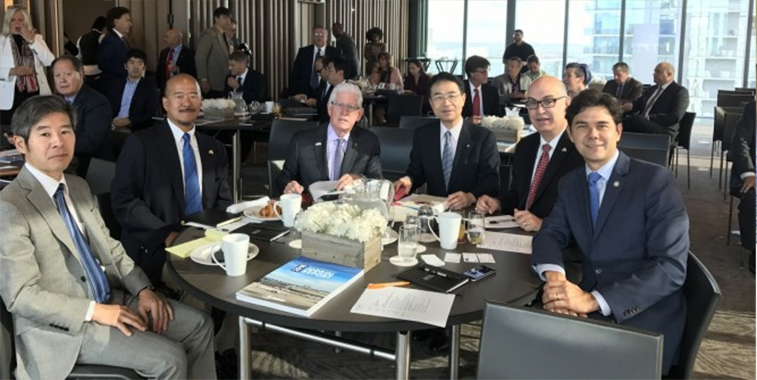 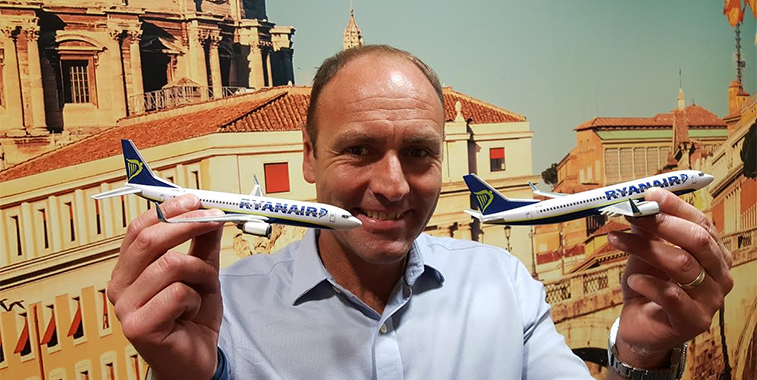 Along with the airline’s new partnership with Air Europa, Ryanair this week has also announced its first series of connecting flights, which will take place initially from Rome Fiumicino. At first passengers will be able to book connecting flights on 10 routes operating to/from Fiumicino, with Ryanair confirming that more destinations will follow. To begin with passengers will be able to connect to/from Alicante, Barcelona, Bari, Brussels, Catania, Comiso, Malta and Palermo via Fiumicino, without the need to go landside in the Italian capital. Seen showing the concept of connecting flights through models of Ryanair 737-800s is the airline’s Chief Marketing Officer Kenny Jacobs. 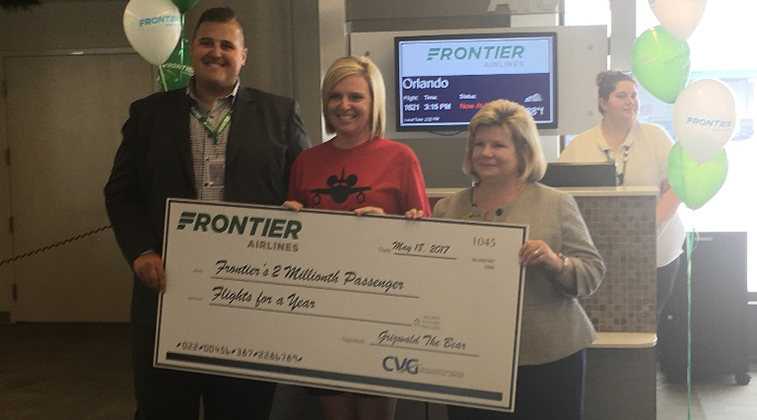 Frontier Airlines celebrated a major milestone at Cincinnati Airport this week as it carried its two millionth passenger from the airport. The lucky passenger, Lori of Seaman in Ohio, and her guest, were presented with one year’s worth of travel, and free parking provided by Cincinnati. The lucky winner was heading to Disney World, and was surprised before boarding her Frontier flight to Orlando. “It was just one year ago that we joined our partners at Cincinnati to welcome the airline’s one millionth passenger,” said Richard Oliver, Frontier Airlines spokesman. “Thanks to the wonderful support of this community, we’re able to welcome our two millionth passenger today.” Also commenting on the news, Candace McGraw, CEO of the airport said: “Frontier started services on 17 May 2013, and in exactly four years they have reached two million passengers.” 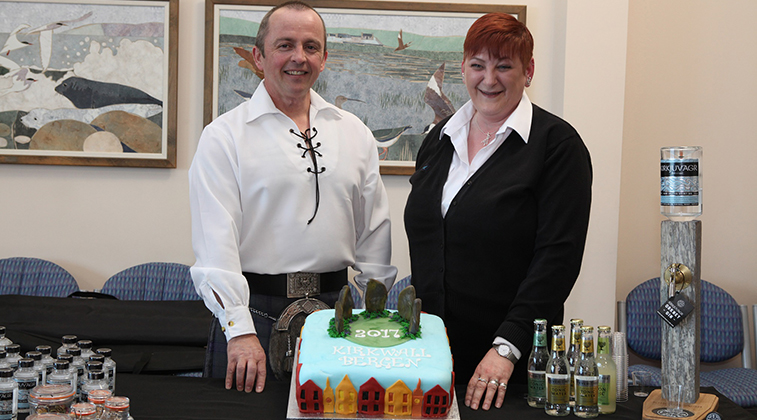 On 13 May Kirkwall Airport in Orkney, Scotland celebrated the start of Loganair flights to Bergen in Norway. Enhancing the existing profile of destinations already on offer from Kirkwall, including the major Scottish cities of Glasgow, Inverness, Aberdeen and Edinburgh, the first international route from the airport will fly every Saturday throughout the summer season. Inglis Lyon, MD Highlands and Islands Airports, said of the new service to Bergen: “It’s great to see another new flight route get off the ground from one of our Scottish island airports. The link with Bergen offers increasing business and leisure opportunities for both Scottish and Norwegian travelers and will no doubt benefit the local community.” 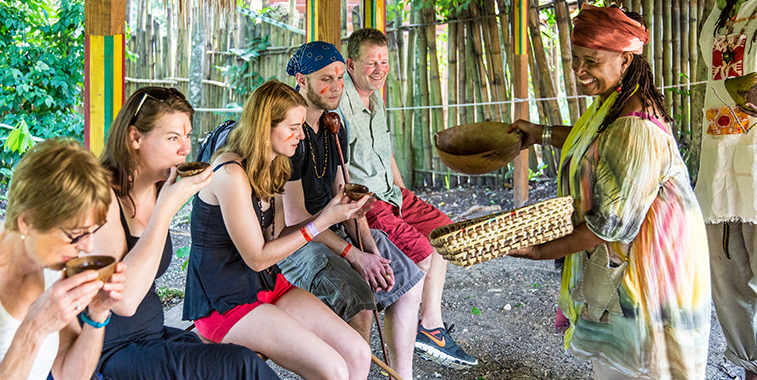 On 18 May it was announced that Routes and the Travel Foundation had joined forces for the UN’s International Year of Sustainable Tourism. The Travel Foundation, which works to increase the benefits of tourism for destinations, will curate a series of presentations and other live content for delegates at this year’s World Routes in Barcelona, based around the theme: ‘growing the value of tourism’. The Travel Foundation will also be the official charity partner for World Routes, providing opportunities for all delegates to support the cause. Steven Small, Brand Director of Routes, said of the partnership: “We are really proud to be working with the Travel Foundation, particularly during the UN’s International Year of Sustainable Tourism for Development. This partnership reflects UBM’s commitment to sustainability. It highlights the increasing demand from our delegates for discourse around the future impact of tourism and the role aviation plays when developing and investing in destinations.”