Norwegian serves 60+ destinations from Copenhagen; routes to Spain and US account for over half of all ASKs; Oakland is newest destination 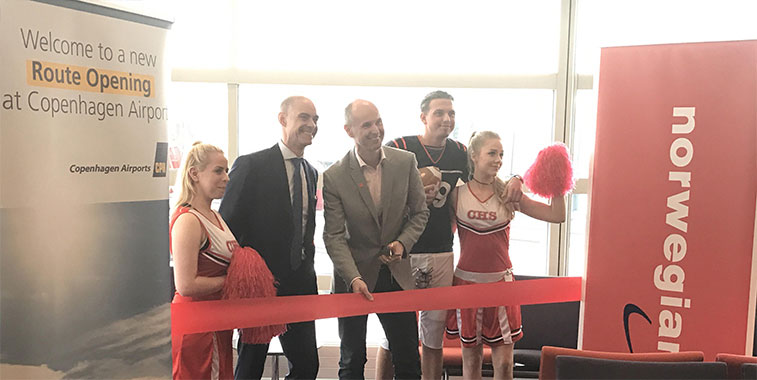 Copenhagen is Norwegian’s third biggest base as measured by weekly departing flights this summer. Not surprisingly, it is beaten by the carrier’s home base of Oslo, but also by Stockholm Arlanda. Compared with last summer Norwegian has increased its flights by some 7% in Copenhagen which is the same rate of growth as in Oslo, but is less than the 19% growth in flights this summer from Stockholm. Among Norwegian’s top 15 airports there are small year-on-year declines at London Gatwick and Nice and a more significant reduction at Trondheim. All five Spanish airports in the top 15 are registering significant growth, from Malaga (+12%) and Alicante (+16%) to Madrid (+23%), Barcelona (+28%) and Palma de Mallorca (+43%). 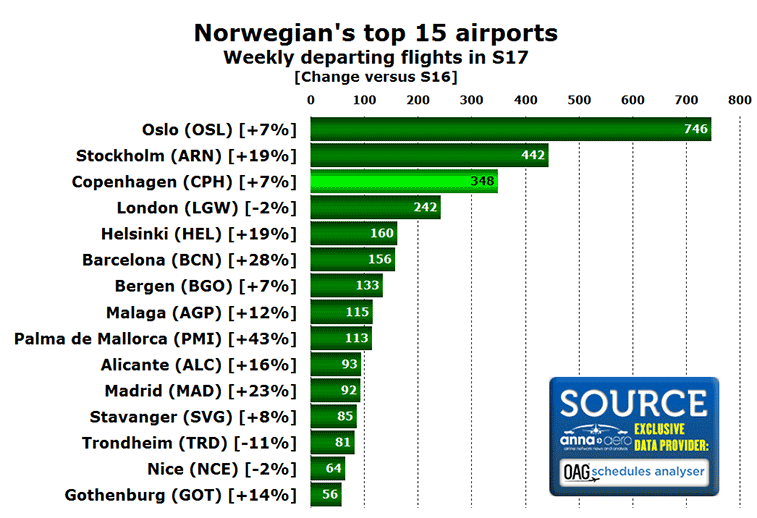 Over 60 destinations served during summer period

Copenhagen became a proper base for Norwegian in the summer of 2009. Since then it has grown its network from just over 20 destinations to just over 60. Many of the routes are summer-only destinations such as Athens, Bourgas, Catania and Dubrovnik, while there are also some winter-only destinations including Agadir, Dubai, Geneva and Salzburg. 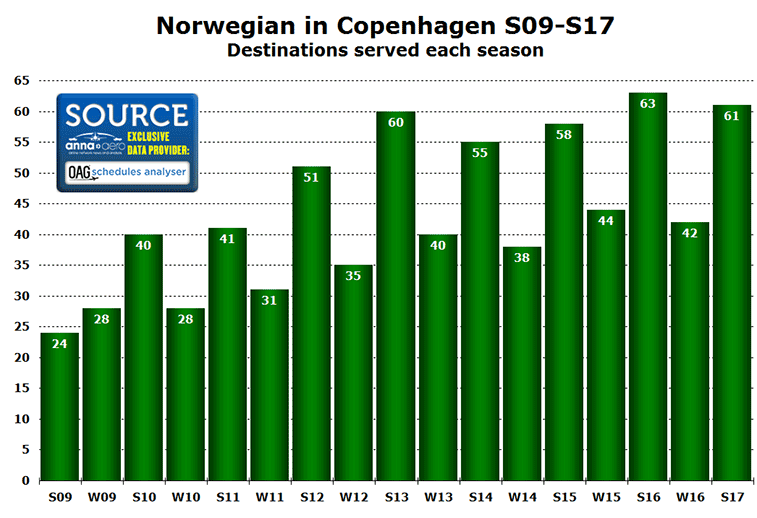 Of the airline’s 61 routes this summer, 23 are also served by SAS, the airline’s main rival in the Scandinavian market. This summer in Copenhagen SAS accounts for around 37% of scheduled seat capacity and 40% of flights, while Norwegian has approximately 18% of seats and 15% of flights. Ryanair with 6% of seats and 5% of flights is now the third biggest airline in the Danish capital ahead of easyJet and Lufthansa.

The importance of the airline’s routes to the US and to Spain can clearly be seen in the rankings of the routes from Copenhagen by ASKs (Available Seat Kilometres) which takes into account aircraft size, weekly frequency and sector length. Within the top 10 there are four US routes (including the airline’s most recent addition to Oakland) and three routes to Spain, with London Gatwick, Nice and Rome filling the remaining places. Oslo, despite its 32 weekly flights ranks only 12th using this metric due to its relatively short sector length. A total of five long-haul routes (shown in bright green) are in the top 15 with the weekly service to Bangkok generating more ASKs than Norwegian’s 24 weekly flights to Stockholm. 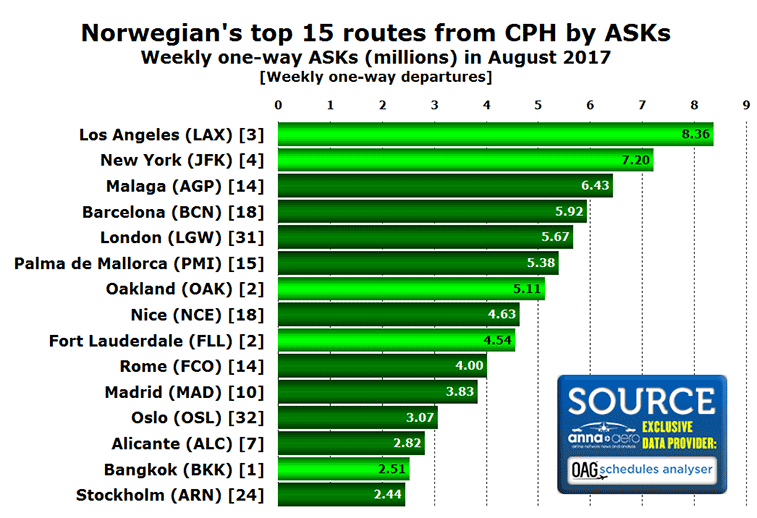 Spain is biggest of 26 country markets

Looking at the number of weekly seats to various country markets reveals that Spain easily tops this ranking with Norway and the UK well behind. A total of 26 country markets are served this summer with Israel, Latvia and Malta each being served twice-weekly and Bosnia & Herzegovina, Cyprus, Morocco and Thailand each registering just a single weekly flight with Norwegian from Copenhagen. 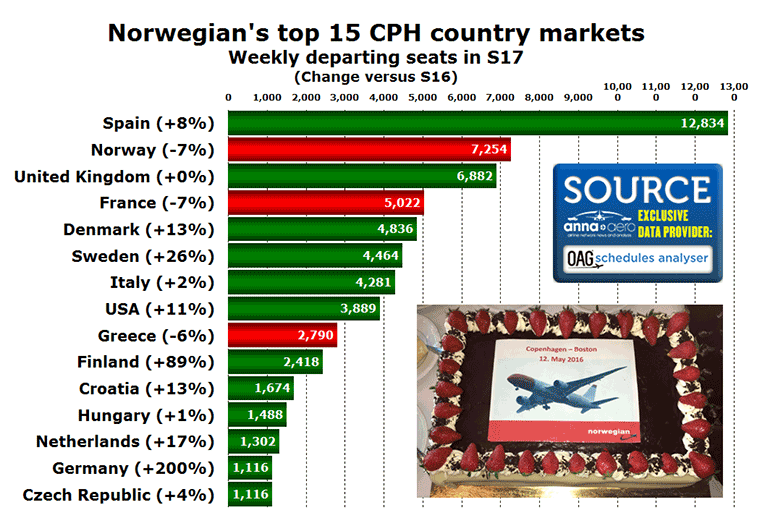 Among the top 15 country markets France, Greece and Norway have each seen a modest reduction in weekly seat capacity this summer compared with the same peak week in 2016. Although the US ranks only eighth for weekly seats, if we look at ASKs it comes top, just edging out Spain. As a result these two country markets alone account for 52% of the airline’s ASKs from Copenhagen this summer, up from 50% in S16.

Looking ahead the airline’s next new routes from Copenhagen are Preveza in Greece (a weekly service) and Varna in Bulgaria (a twice-weekly service) which both begin towards the end of June. Norwegian has been serving Bourgas in Bulgaria since the summer of 2012.