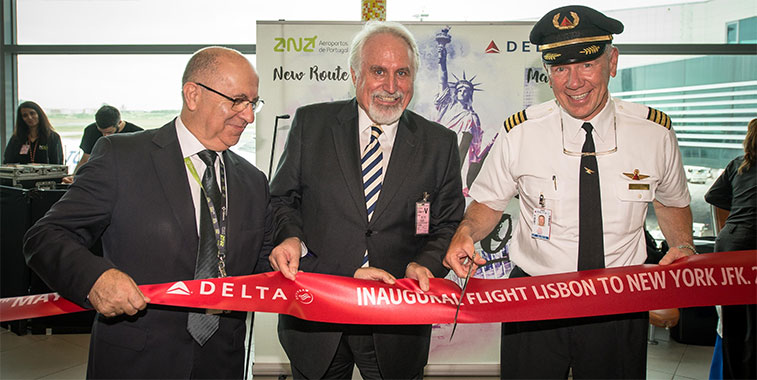 In Lisbon witnessing the re-start of Delta Air Lines’ service from New York JFK for the first time in over 20 years were: João Nunes, Lisbon Airport Director; Rafael Ruiz, Delta Air Lines Regional Manager; and the Captain of the inaugural flight.