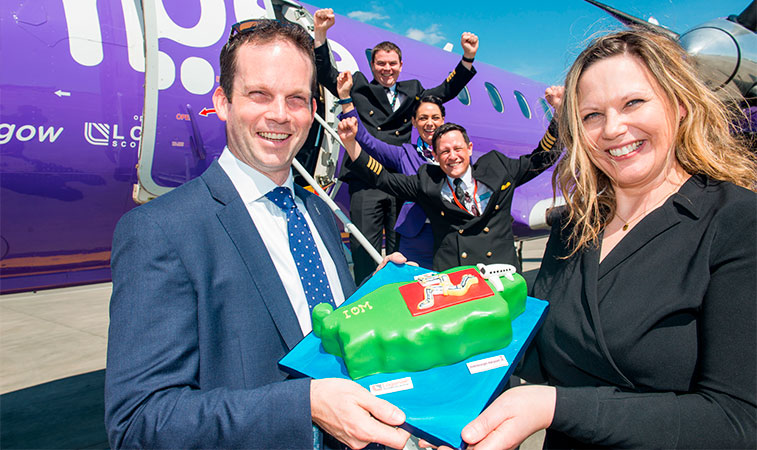 Helping to show off the colourful route launch cake in Scotland are: Jonathan Macneal, Aviation Business Development Manager, Edinburgh Airport and Donna McHugh, Head of Revenue and Sales, Loganair. Cheering on in the background are (from top) Russell Wheatley, Claire Derighetti and Nigel Pybus. The four times weekly service is the first between Edinburgh and the Isle of Man for four years.