Airport winners of US ANNIES 2017 revealed; airports in California and Florida star 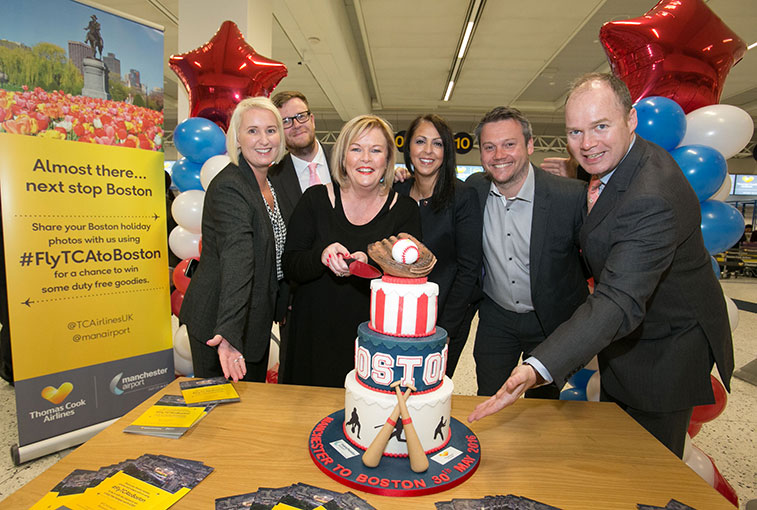 Boston is famous for its Red Sox baseball team which has won the World Series three times this century in 2004, 2007 and 2013. Now the team’s local airport has won the US ANNIES award for the fastest-growing major airport in the US in 2016 with passenger numbers up 8.5% to 36.3 million.

Following on from last week’s airline winners in the seventh annual US ANNIES, this week we reveal the winners of the airport awards. These are split into two categories. The first looks at the fastest-growing airports as measured by percentage growth in actual passenger numbers in four different size ranges. Data for this is collected from the airports themselves. The second category uses OAG data for the weeks commencing 15 May 2017 and 16 May 2016 to look at how airports have developed their networks and their carrier base over a one-year period.

This year’s four main awards for traffic growth are spread across four different states in the US, with airport winners in California (Long Beach), Florida (Punta Gorda), Massachusetts (Boston) and Tennessee (Nashville). 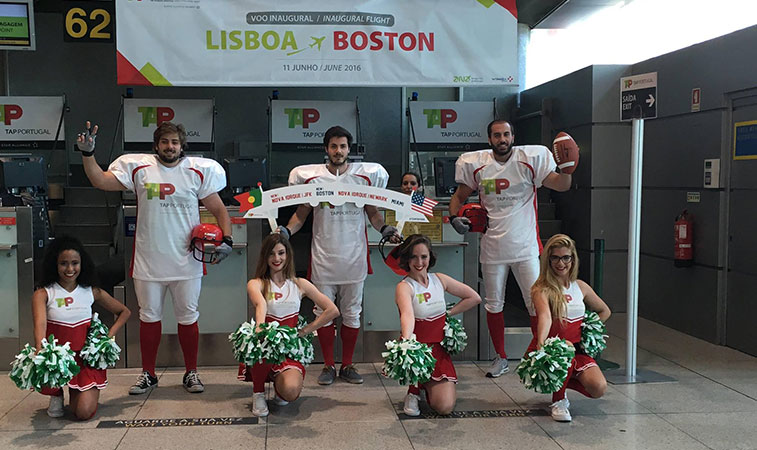 Boston Logan Airport beat off six other airports in a very close battle to be the fastest-growing US airport with over 20 million passengers. Helped by new route launches, such as TAP Portugal’s new service from Lisbon which began last June, the Massachusetts airport saw passenger numbers grow by 8.5%, just beating Fort Lauderdale’s 8.4% increase in passengers.

Last year double-digit growth was required to win this award with Seattle-Tacoma taking the prize thanks to an increase in passenger numbers of 12.8%. This year saw seven airports battling for this award, all reporting growth in 2016 of between 7.6% and 8.5%. After a double-check of the figures, Boston was confirmed as the winner with demand there climbing by 8.5% to 33.45 million, just edging out Fort Lauderdale which achieved growth of 8.4%. Honourable mentions for last year’s winner Seattle-Tacoma (+8.0%), Orlando (+8.0%), Los Angeles (+8.0%), Denver (+7.9%) and Newark (+7.6%). Of all these airports, Los Angeles is by far the biggest (with 80.9 million passengers in 2016) so in terms of additional passengers the Californian airport leads the way. But sadly, that’s not what we’re handing out prizes for… 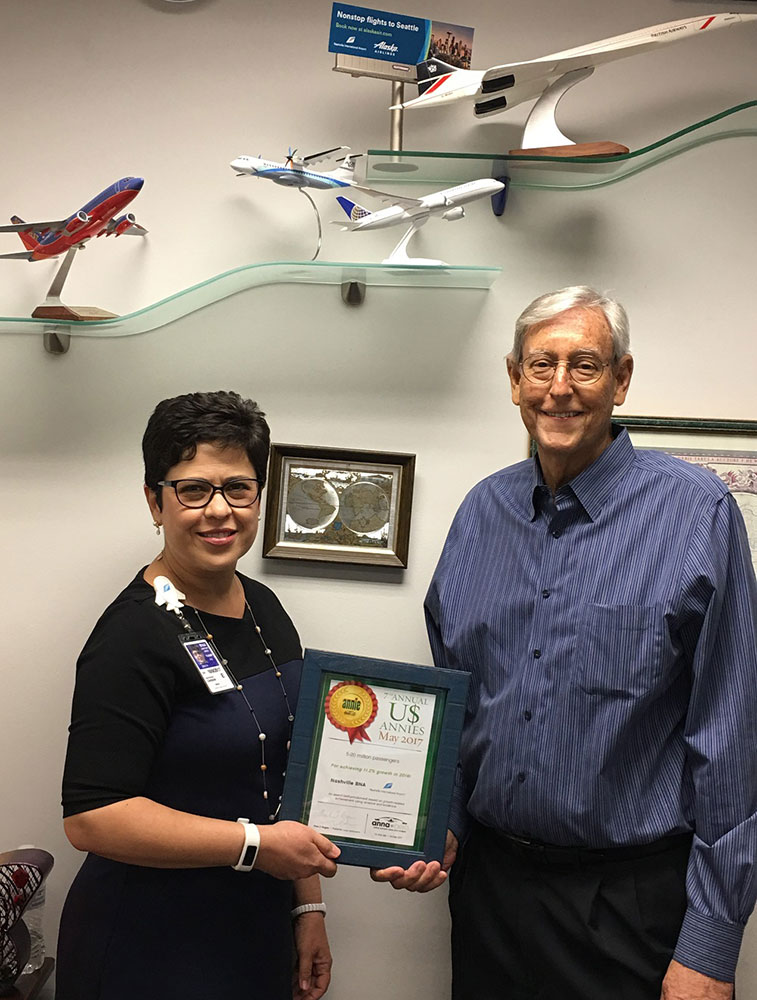 Holding the award for the fastest-growing airline in the 5m to 20m passenger category are Trudy Carson, Director Air Service Development and Rob Wigington, CEO of Metropolitan Nashville Airport Authority. The airport saw passenger numbers rise by over 11% to almost 13 million in 2016.

After successive victories in 2015 and 2016, Dallas Love Field fails to make it a hat-trick of wins in this category. The Texas airport managed respectable above average growth of 7.3% in 2016, but this was not enough for a third straight victory. Instead, Nashville took the prize, recording an increase of 11.2% in passengers last year to almost reach the 13 million mark. The airport serving the home of country music beat Raleigh-Durham by almost a full percentage point. With growth of 10.3%, Raleigh-Durham only just grabbed the runner-up spot as San Jose registered 10.2% growth. Both of these airports coincidentally handled almost 11 million passengers last year. 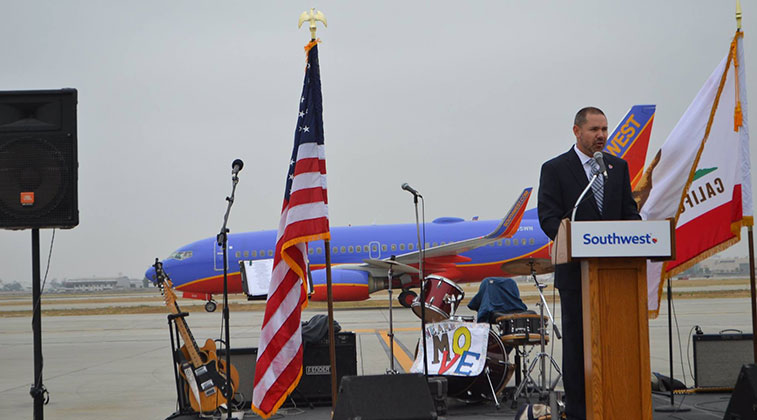 Florida’s Orlando Sanford came close to repeating its victories in 2015 and 2016, recording double-digit growth of 11.0% to 2.75 million passengers (with international traffic up almost 23%). But this was only good enough for the runners-up position this year as Long Beach in California snuck in to steal the award, thanks to growth of 13.0% to 2.85 million. The arrival of Southwest Airlines on 5 June, offering multiple daily flights to Oakland, was a major contributor to this victory. 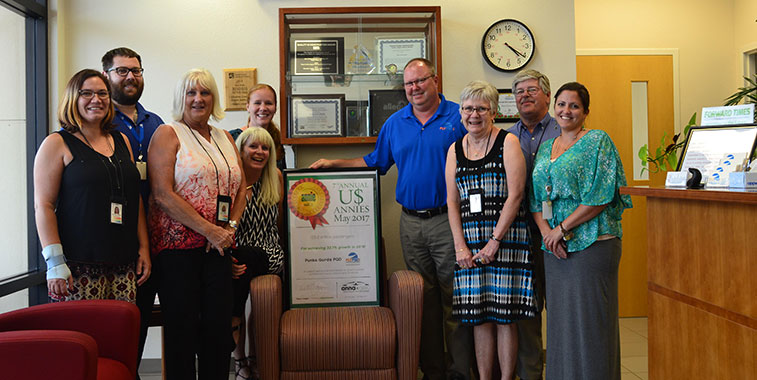 The airline marketing team at Punta Gorda Airport celebrate with their US ANNIES award as the fastest-growing airport with between 500,000 and two million annual passengers. The Florida airport grew by 34% and handled over 1.1 million passengers welcoming Frontier Airlines to the airport in late October.

In the smallest airport size category, Punta Gorda in Florida takes the prize for the second year in a row. In 2015 it achieved 33% growth in passengers, taking it to 0.84 million passengers for the year. In 2016 the airport did even better, increasing passenger numbers by almost 34% to reach 1.12 million. Previously only served by Allegiant Air, Punta Gorda welcomed services from a second carrier, Frontier Airlines, starting at the end of October 2016. This was an easy win for the airport, with runner-up Destin – Fort Walton Beach recording growth of 17.9% to just over 915,000 passengers. Not only were the top two airports in this category from Florida, but so were the third and fourth ranked airports, Daytona Beach and St. Pete – Clearwater.

Airport With The Most New International Routes – TIE! (Again!!) 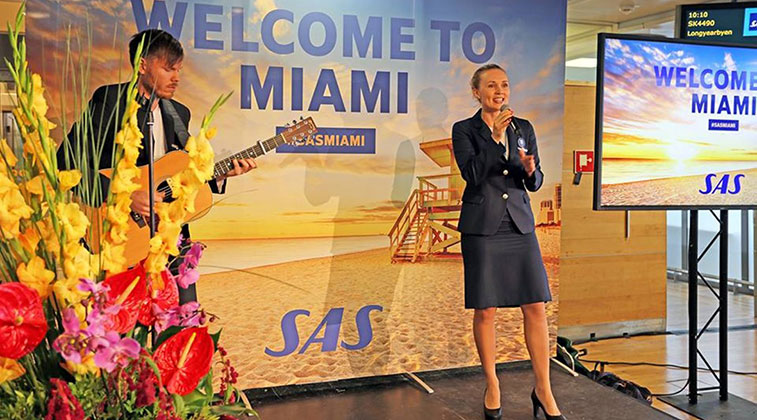 Airports on the US West Coast and East Coast shared this award this year with Los Angeles and Miami both registering a net gain of 10 international services between May 2016 and May 2017. Los Angeles gained 12 and lost two international routes for a net gain of 10. China was a key growth area with new non-stop flights to Chongqing and Chengdu (both with Hainan Airlines), Hangzhou and Jinan (both with Sichuan Airlines), while there were new European routes to Berlin (with airberlin), Reykjavik/Keflavik (with WOW air), Vienna (with Austrian Airlines) and Warsaw (with LOT Polish Airlines). There were also new routes to destinations in Chile, Cuba and Mexico.

Miami’s network growth included several new routes to Europe including Berlin Tegel (with airberlin, previously a winter-only seasonal route), Cologne Bonn (with Eurowings), Copenhagen and Oslo (both with SAS), as well as Reykjavik/Keflavik (with WOW air). The other main growth area was Cuba, with several destinations in that country now being served non-stop from Miami after a relaxation in the travel ban on US flights to the country.

Los Angeles’ route network has grown by a remarkable 23 destinations in the last 12 months from 149 to 172. One of many new domestic routes was American Airlines’ daily service to Hartford (IATA code BDL) which launched on 2 June 2016.

A dominant win for LAX in this category, with a phenomenal net gain of 23 new routes since last May. A year ago, Los Angeles offered non-stop flights to 149 destinations, ranking it ninth among US airports. This summer that number is 172, placing the airport fifth behind Atlanta (222 destinations), Dallas/Fort Worth (209), Chicago O’Hare (204) and New York JFK (177). While Los Angeles and Miami tied for most new international routes, Los Angeles has also grown its domestic network significantly. Among the new destinations this May compared with the same month last year are Buffalo, Hartford, Imperial, Omaha, Redmond and Santa Maria. All of these are served at least daily, while several other new domestic routes are served twice-weekly.

Miami, despite its net gain of 10 new international services, could only add two new domestic links, to Salt Lake City (a bit of an anomaly as American Airlines served the route in 2016 but not in May) and Westchester County (launched by American in mid-December). 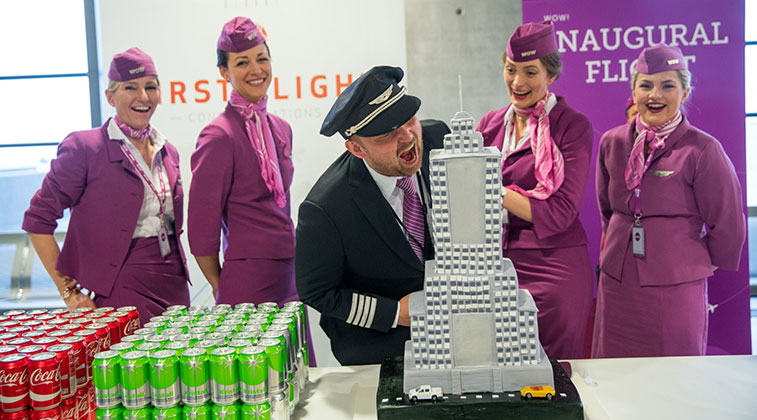 Newark Liberty International Airport pops up to claim the final US ANNIES award for the biggest increase in airlines. Between May 2016 and May 2017 it has increased the number of scheduled airlines operating there from 23 to 30, a net gain of seven. The magnificent seven are Aer Lingus, Allegiant Air, Emirates, Ethiopian Airlines, LOT Polish Airlines, Spirit Airlines and WOW air. Last year’s winner, Boston, had grown its carrier base by six airlines.