One week left: Book your visit to the Ryanair Network Store at The British-Irish Airports EXPO 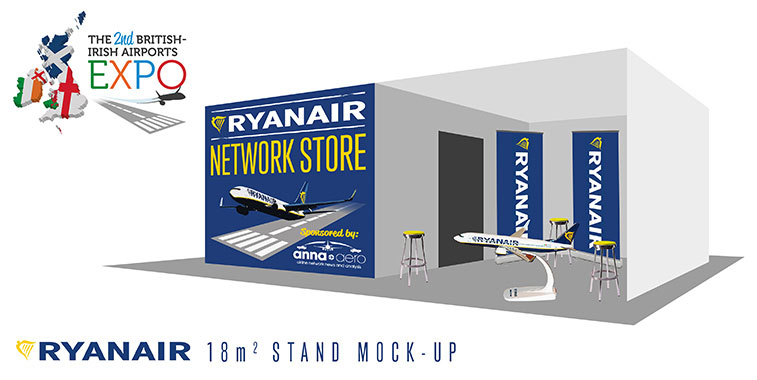 Ryanair, which launched 200 routes in 2016, will be exhibiting a “Network Store” at the British-Irish Airports EXPO, 7-8 June at the Birmingham NEC. Airports can make network planning appointments entirely free-of-charge. But hurry up, the event now opens in exactly one week.

With 142 confirmed exhibitors, the British-Irish Airports EXPO, a sister business unit of anna.aero, is the biggest annual airports trade event held in the UK & Eire (1,488 visitors in 2016). The event is hosted by Birmingham Airport 7-8 June at the next-door National Exhibition Centre (NEC) complex.

Any airports who want to meet Ryanair network planning executives at the EXPO simply need to register at this free-of-charge event and then book an appointment using the online meeting system. But hurry up, the event now opens in exactly one week.

The British-Irish Airports EXPO, which will be officially opened by Heathrow Chairman and former London 2012 Olympics CEO, Lord Deighton, also features three specialist conferences of 50 speakers (including 10 British and Irish airport CEOs) and the annual general meeting of RABA – the 38-airport-member Regional and Business Airports Group.

Bona-fide airport and airline delegates are also invited to a lakeside BBQ “Summer Sizzler” party hosted by Birmingham Airport on the evening of 7 June.