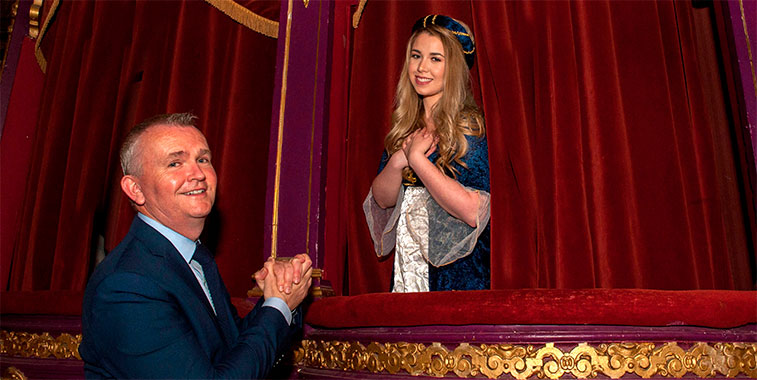 O Kevin, O Kevin, where art thou new route to Kevin?? If you hadn’t guessed already it’s Verona, the setting for Shakespeare’s play Romeo and Juliet – a destination which will be flown weekly by Volotea from 27 May. Cork Airport’s Head of Communications (and part-time Romeo) Kevin Cullinane is seen here practicing his lines for his next route launch with his Juliet, Alyson Vogl.