Kuala Lumpur traffic doubles in nine years; passed 50 million in 2016 as AirAsia Group and Malaysia Airlines account for over 70% of demand 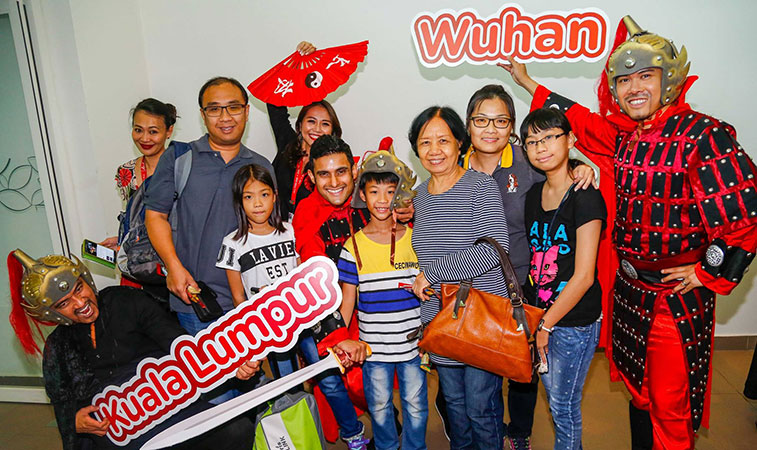 Kuala Lumpur International Airport, which hosts next week’s 140th IATA Slot Conference, reached a significant milestone in 2016 when it passed the 50 million passenger mark for the first time. Demand reached 52.6 million, an increase of 7.6% compared with the previous year. Growth was particularly strong in the second half of the year with double-digit growth in five of the last six months of 2016. As a result, passenger numbers have virtually doubled at the airport in the last nine years. Back in 2007, the facility handled 26.4 million passengers. Since then demand has grown every year with impressive double-digit growth in 2013 (+19.1%), 2010 (+14.8%) and 2011 (+10.6%). 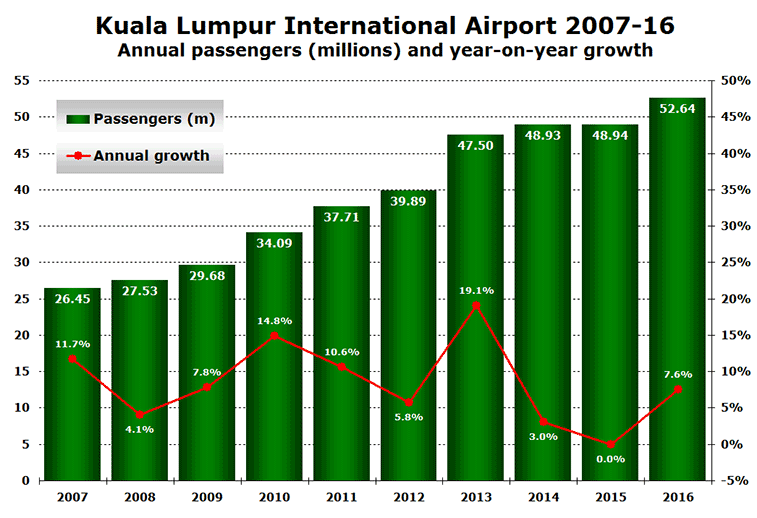 In the first quarter of 2017, the impressive growth seen in the back half of last year has continued, with the passenger count up 12.5% to 14.1 million in the period January through March, despite February reverting back to just 28 days this year compared with 29 in 2016.

The airport’s seasonality profile is impressively flat. Using anna.aero’s Seasonal Variation In Demand (SVID) calculator KL scores an “excellent” 0.53 in both 2014 and 2015, and a still “excellent” 0.77 in 2016. The airport’s busiest month in each of the last three years has been December. Last December the airport set a new all-time record, processing 5.3 million passengers, the first time the airport had ever handled more than five million passengers in a single month.

According to airport authority statistics, local carriers AirAsia (36.1%) and Malaysia Airlines (25.6%) between them accounted for almost 62% of all passengers in Kuala Lumpur. If we include all the members of the AirAsia Group that figure rises to 73%, with the home-based LCC’s portfolio of carriers transporting just over 47% of all passengers passing through the airport. 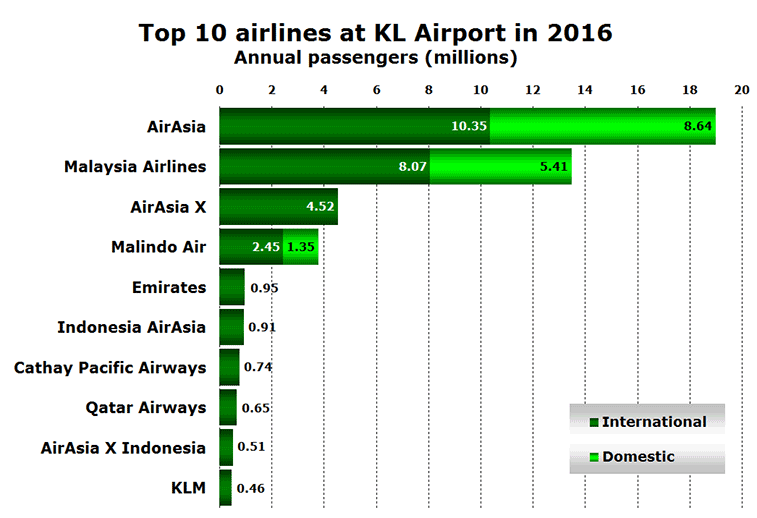 There are three main carriers operating domestic services from KL, with Malindo Air (the Malaysian joint venture subsidiary of Indonesia’s Lion Air) the fastest-growing. The 1.4 million passengers it flew in 2016 on domestic sectors from KL represented 71% growth compared with 2015. It also grew its international traffic at the airport by almost 70% to just under 2.5 million passengers.

The airport’s busiest international route by some distance is Singapore. The short, 296-kilometre sector, was flown by over 3.8 million people in 2016, an increase of 8.1% compared with 2015. This route was 80% busier than the number two route to Jakarta in Indonesia. Competition on the Singapore route is intense with AirAsia, Jetstar Asia, Malaysia Airlines, Malindo Air, SilkAir and Singapore Airlines all offering multiple daily flights between the two regional hubs. 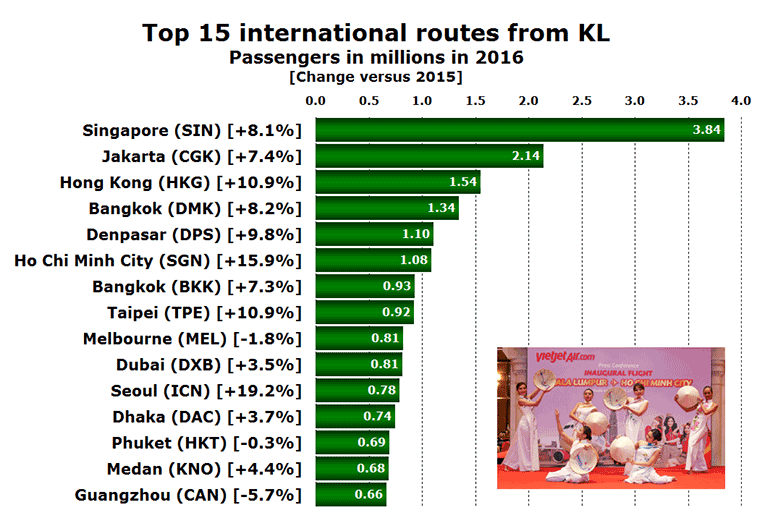 Of the top 15 destinations only three did not see an increase in demand in 2016; Phuket traffic was down 0.3%, Melbourne passengers reduced by just under 2%, and Guangzhou traffic fell by almost 6%. Conversely, there was double-digit growth on routes to Hong Kong and Taipei (both up 11%), Ho Chi Minh City (+16%) and Seoul (+19%).

Many new routes from Kuala Lumpur already launched in 2017

Kuala Lumpur continues to welcome many new services in 2017 with over a dozen having already launched in the first five months of 2017. Nine different carriers have been responsible for these launches which have been spread across destinations in eight different countries.

Looking further ahead, Malaysia Airlines is planning to grow significantly in the Chinese market with new routes planned before the end of 2017 to Chengdu, Chongqing, Fuzhou, Nanjing and Wuhan. Another significant event will take place on 28 June, when AirAsia X will finally launch its much anticipated new service to the US. This will be a four times weekly service to Honolulu in Hawaii, via Osaka Kansai in Japan and will be flown using its A330-300s. Direct, non-stop flights to the US from Kuala Lumpur are a challenge as the sector length to San Francisco, the nearest major gateway, is over 13,600 kilometres. However, both Singapore Airlines and United Airlines offer daily flights to San Francisco from nearby Singapore with a similar sector length.

While US flights remain a challenge, Kuala Lumpur does have direct flights to three main European hubs; Amsterdam (with KLM), Istanbul Atatürk (with Turkish Airlines) and London Heathrow (with both British Airways and Malaysia Airlines). Not surprisingly, Emirates, Etihad Airways and Qatar Airways all have multiple daily flights to their hubs in Dubai, Abu Dhabi and Doha. 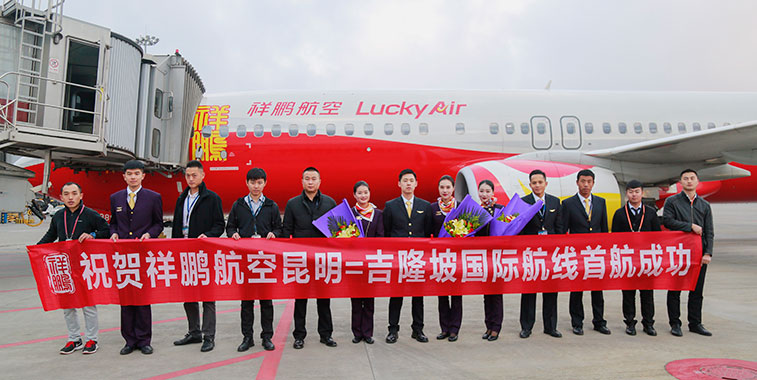 Lucky Air became the latest Chinese airline to serve Kuala Lumpur when it began twice-weekly flights from Kunming on 23 January 2017. The route is already served by AirAsia with daily flights.