Seen cutting the route launch cake in Turin, which was baked for the first Blue Air flight to Lisbon are: Albino Naldo, ‎Sales Representative Piedmont of Blue Air; Adrian Duru, Product Manager of Blue Air; Francesca Soncini, External Relations Manager of Turin Airport; and Marcelo Rebanda of the Portugal Tourism Board. Duru and Soncini also had the honour of cutting the cake that was made for the airline’s new service to Seville. Neither route launched from the Italian city on 1 June will face direct competition. 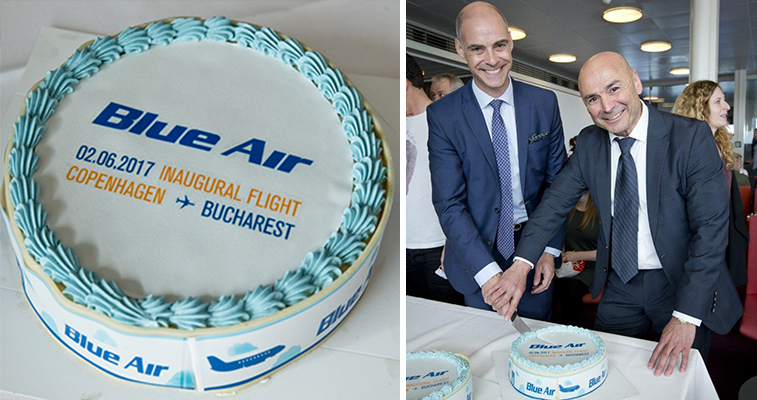 Blue Air launched flights between Bucharest and Copenhagen on 2 June, the carrier’s second route to the Danish capital. Seen cutting the cake in Copenhagen is Morten Mortensen, Director of Airlines Sales and Route Development, Copenhagen Airport (left). The carrier will offer three weekly flights between the two capital cities.