Southwest Airlines arrived in Cincinnati on 4 June, starting two routes to Baltimore/Washington and Chicago Midway. To welcome the LCC’s arrival, the airport held a ribbon cuttng ceremony and baked a classic three tier route launch cake. While Midway is a new route, Baltimore/Washington is already served by Delta Air Lines and Allegiant Air. 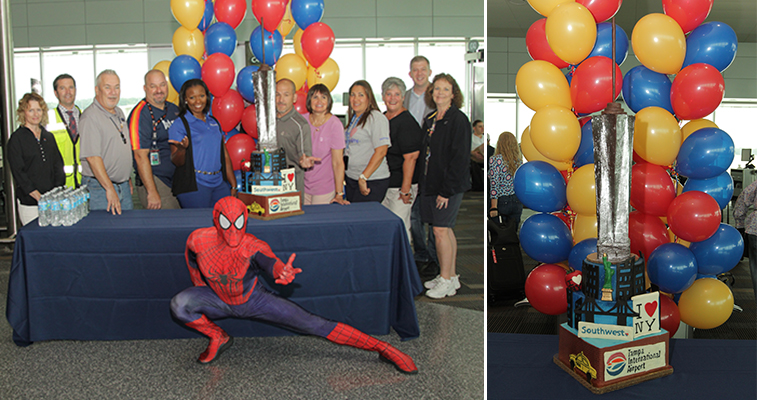 Tampa Airport baked a Freedom Tower-style cake for the launch of the Southwest Airlines’ New York LaGuardia route on 4 June. Among the VIPs at the launch was Spiderman himself. Hopefully his spidey-senses will have been tingling with excitement at this new route venture. The LCC will operate twice-daily flights on the sector.