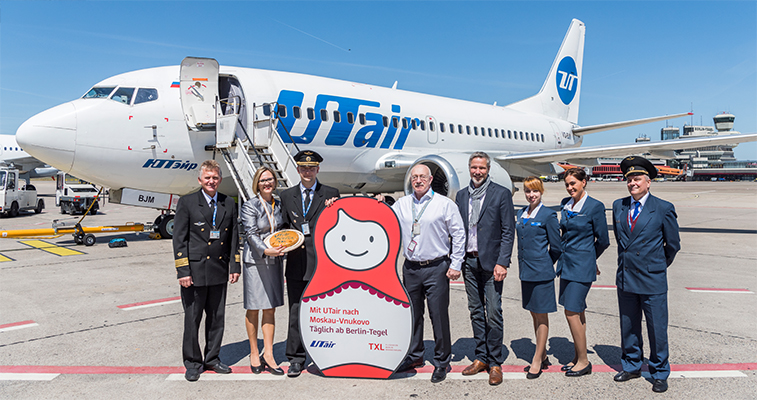 Cutting the cake in Vienna, baked to welcome the arrival of UTair’s first flight from Moscow Vnukovo on 1 June are Belina Neumann, Head of Aviation Marketing & Business Development, Vienna Airport and Pavel Permyakov, CCO of UTair. The 1,635-kilometre route will be flown by the airline daily and faces no direct competition.