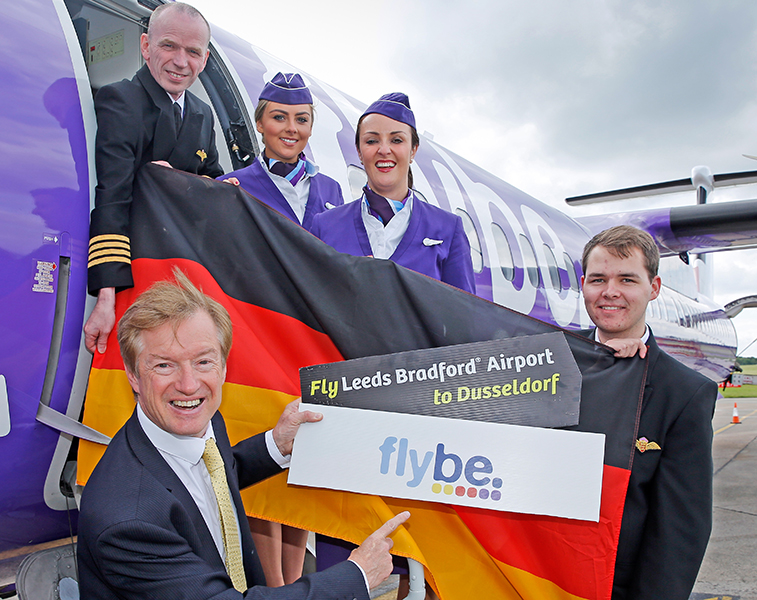 On 1 June Flybe announced that for the start of W17/18 it will begin flights between Leeds Bradford and Düsseldorf. The carrier will offer up to six weekly flights on the connection between the UK and German cities. Commenting on the launch, Tony Hallwood, Aviation Development Director, Leeds Bradford Airport, seen pictured with the crew to announce the new route, said of Flybe’s commitment to the airport: “Leeds Bradford Airport welcomes the introduction of Düsseldorf onto the Flybe schedule from W17. This gateway to the Rhine-Ruhr economic region is so important for business travellers across the Leeds City Region. In addition, the flight will offer convenient access to the many attractions along the River Rhine, a beautiful area of Germany that has plenty to offer leisure travellers. Düsseldorf also attracts weekend break visitors to events such as the famous Christmas Market.” The only other routes that Flybe operates our of Leeds Bradford are Belfast City and Cornwall Airport Newquay. The carrier already connects to Düsseldorf from Birmingham, Cardiff, London City, Manchester and Southampton. The latest route between the UK and Germany will begin on 29 October, with Jet2.com ending its route between Leeds Bradford and Düsseldorf on 27 October. Flybe will serve the city pairing on its fleet of Q400s. 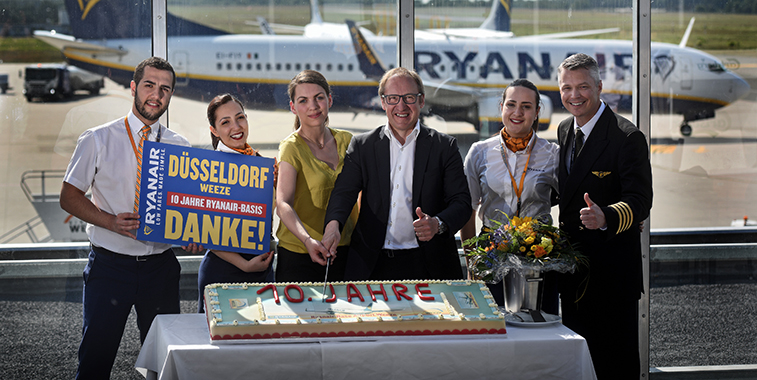 On 1 June Ryanair celebrated the 10-year anniversary of its Düsseldorf Weeze base. Seen cutting the celebratory cake to mark the occasion with Ryanair crew are: Evelin Horvath, Marketing and Sales Executive, Ryanair; Ludger van Bebber, MD Düsseldorf Weeze; and Andrew Elbert, Ryanair Captain. Thanks to the strong expansion of the Irish LCC, the number of passengers at the airport has grown fast. Today, with six of its 737-800s based at the airport, Ryanair carries around 1.9 million passengers per annum between Weeze and 43 destinations in Europe and North Africa. 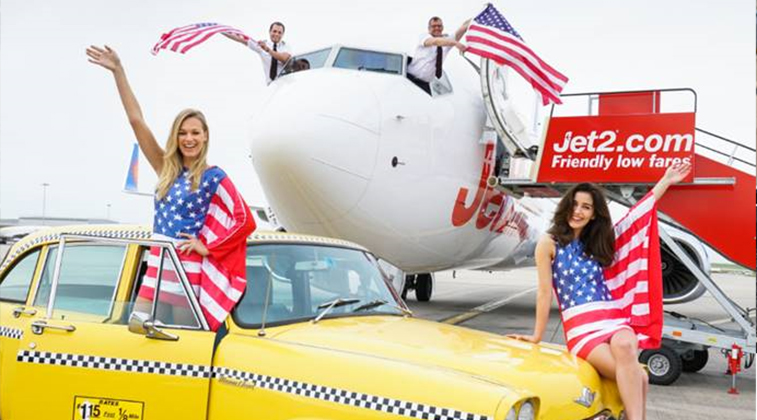 On 2 June Jet2.com announced that for this winter it will operate four return flights between London Stansted and New York Newark, with departures taking place on 16, 23 and 30 November along with one on 7 December. Steve Heapy, CEO of Jet2.com and Jet2CityBreaks said: “We are delighted to be launching our popular New York trips from London Stansted Airport this year, making us the only airline and tour operator to fly directly to the Big Apple from the airport.” The airline is operating a number of New York flights over the Christmas break from many of its UK bases, including its newest at Birmingham. 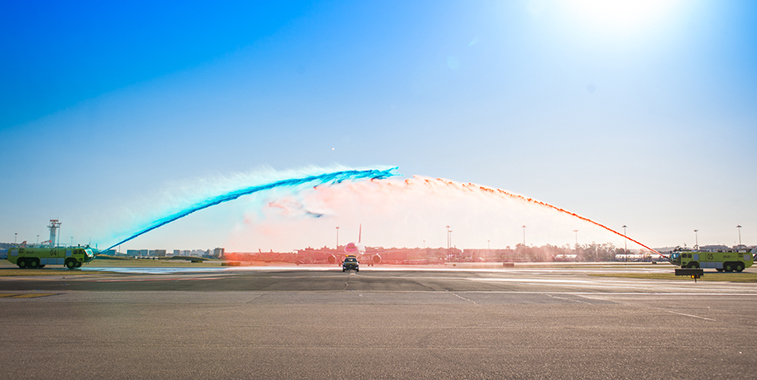 On 10 May Czech Airlines commenced flights on the 2,227-kilometre link between Prague and Lisbon. On arrival, the latter airport created this wonderfully coloured water arch to welcome its latest SkyTeam carrier. The link to Lisbon from Prague will go head-to-head with TAP Portugal which already offers eight weekly flights. Helsinki Airport welcomed the arrival of Croatia Airlines and its new service from Zagreb on 30 May, although the first flight actually took place on 21 May. In welcoming the Star Alliance carrier, the airport had a water arch ceremony and a classic route launch cake which was cut by Croatia Airlines’ President and CEO Krešimir Kučko and Ville Haapasaari, Director Helsinki Airport