Turkish Airlines set to consolidate in 2017 and 2018 before fleet growth resumes in 2019; still launching new routes but also dropping some 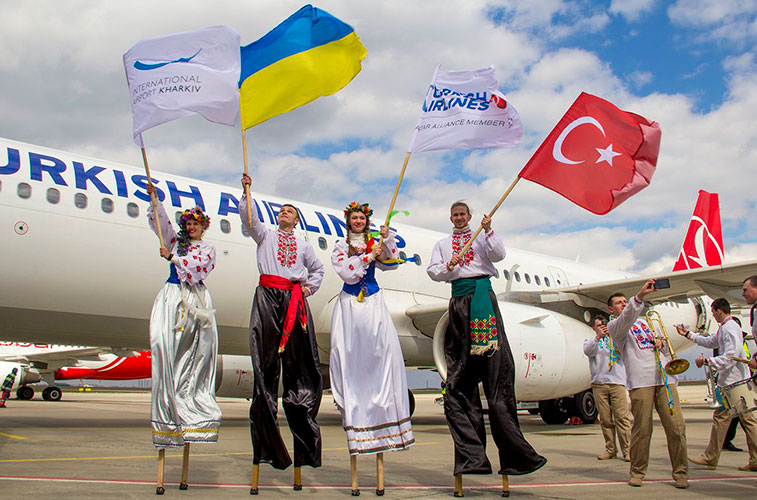 Still standing tall. Turkish Airlines has faced a challenging 18 months, but it has continued to launch new routes from its main Istanbul Atatürk base including Cluj-Napoca in Romania, Havana in Cuba, Kharkiv in Ukraine (shown) and Samara in Russia. However, it has also suspended flights to a dozen destinations across the globe.

Last year Turkish Airlines handled 62.8 million passengers. This was an increase of 2.5% on its 2015 figures. This followed five years of double-digit growth. While domestic traffic grew by 3.8% to 27.3 million, international traffic increased modestly by just 1.5% to 35.5 million. The airline’s load factor across the year dropped by three percentage points from 77.6% to 74.6% and aircraft utilisation fell by almost 7% (or 53 minutes) from 12 hours and 47 minutes per day to 11 hours and 54 minutes. However, given that passenger numbers across Turkey’s airports fell by 4% to 173 million, this is still a robust result for the Star Alliance carrier.

Given the challenges faced by the airline during the last 12 months it is instructive to see which of the airline’s operating regions saw the biggest changes. Ranked by ASKs (Available Seat Kilometres) in 2016, it is clear that with the exception of Central & South America, all regions saw ASKs growing faster than RPKs (Revenue Passenger Kilometres) resulting in a drop off in load factor. RPK growth was still positive across the year in all regions except for Europe. ASK growth was particularly strong in 2016 in Africa and both North and South America. 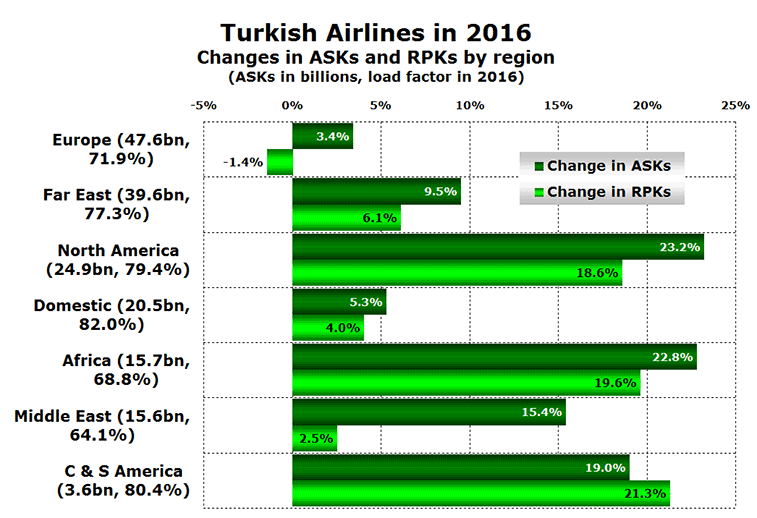 In the first four months of 2017 Turkish Airlines has reported that ASKs are down 4.9%, while RPKs are down just 2.4%, resulting in a two percentage point improvement in load factor from 73.6% to 75.6%. Passenger numbers are down 3.7% to 18.6 million, while international-to-international transfer traffic has fallen by 2.8% to 6.24 million. Aircraft utilisation currently stands at 10 hours and 53 minutes.

Looking at the airline’s performance by region, ASKs and RPKs are now both down in Europe, the Middle East and North America. However, load factors are up in four regions and down in only three, including the domestic market. 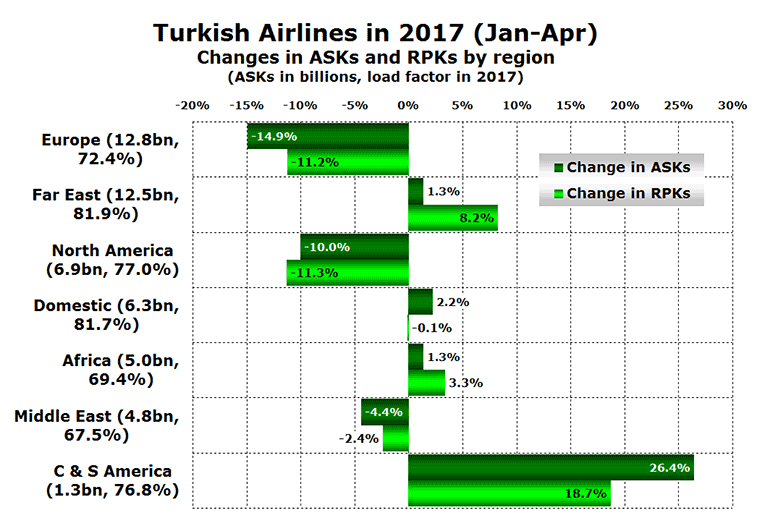 According to the airline’s financial results for Q1 (January to March), while passenger numbers were down 8% from 14.2 million to 13.0 million, passenger revenue fell by 13% when expressed in US Dollars. Passenger yield was actually up 1.5% if the currency changes are excluded.

According to our analysis of OAG schedule data, it appears that compared with last summer Turkish Airlines has suspended flights to around a dozen destinations from its main hub in Istanbul Atatürk; these are Aalborg in Denmark, Aqaba in Jordan, Astrakhan in Russia, Dnipropetrovsk in Ukraine, Genoa in Italy, Kano in Nigeria, Kermanshah in Iran, Novosibirsk in Russia, Osaka Kansai in Japan, Osh in Kyrgyzstan, Rotterdam in the Netherlands and Tlemcen in Algeria.

However, Turkish Airlines is still adding new destinations from its Atatürk base and in the last 12 months has welcomed several new airports to its network including Cluj-Napoca in Romania, Havana in Cuba, Kharkiv in Ukraine, Mahé in the Seychelles, Samara in Russia and Zanzibar in Tanzania. It has also added seasonal summer flights to Edremit in Turkey.

Looking ahead, Phuket in Thailand is set to become the next new destination for the carrier, with four times weekly flights beginning on 17 July. Beyond that, the carrier has announced plans to add a number of low frequency international routes to vacation airports such as Antalya and Ordu-Giresun. 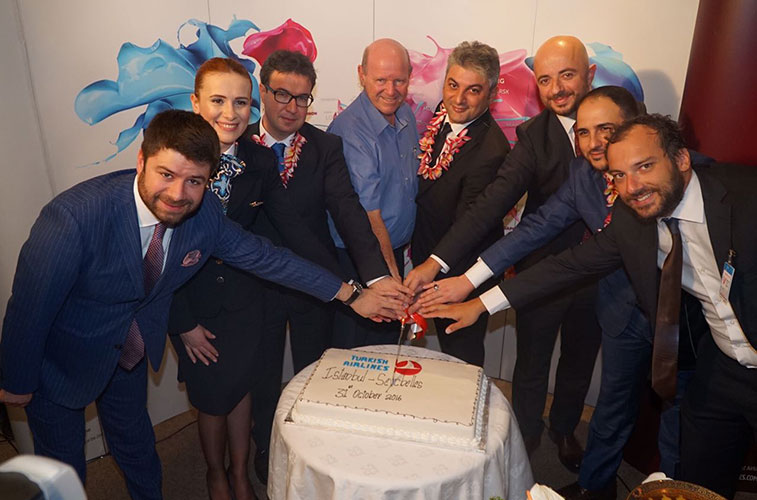